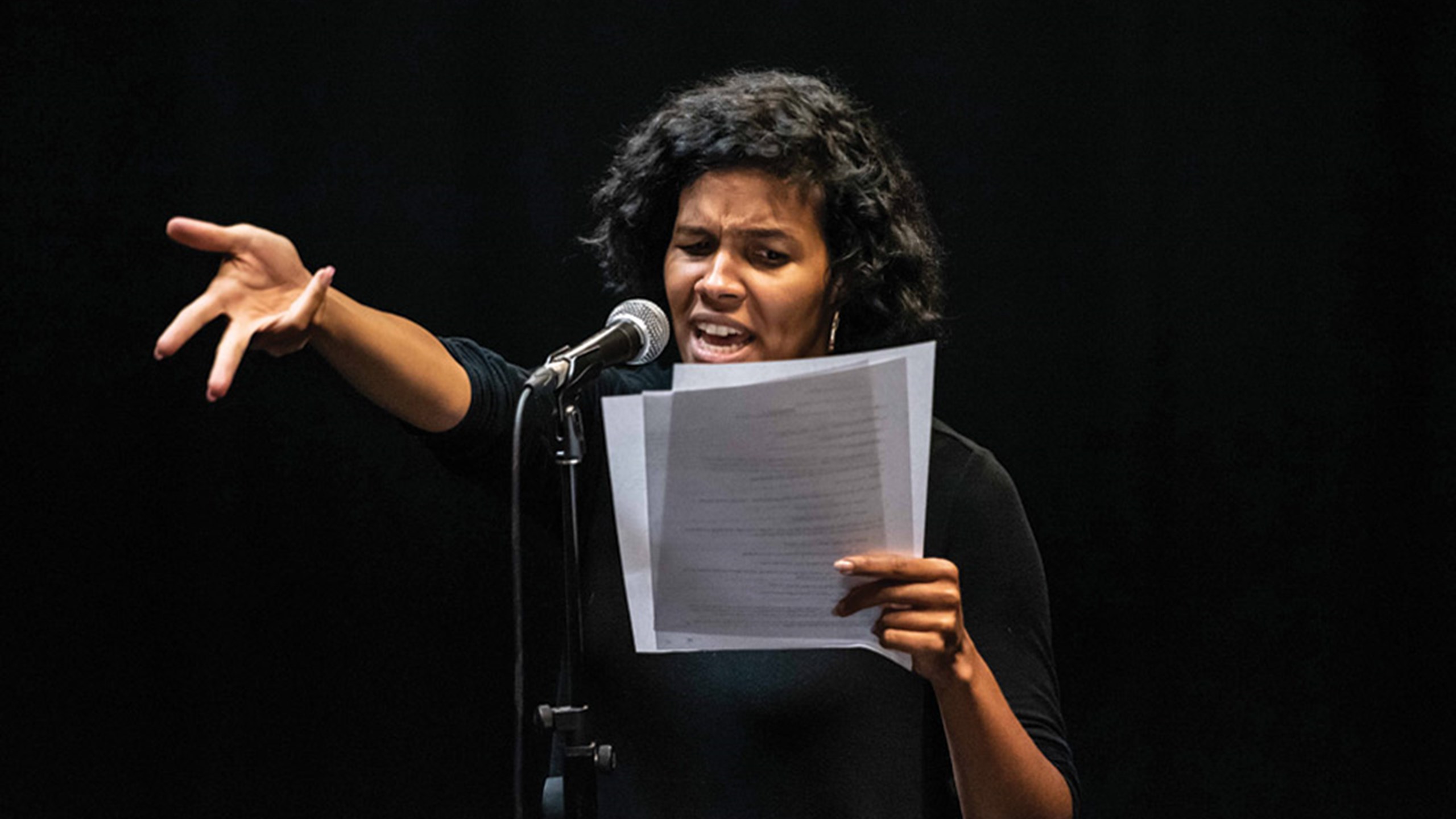 The language of theatre can be a little opaque to the uninitiated.

To make things easy, we’ve assembled a simple glossary of terms you might hear artists using at Malthouse Theatre and what we mean when we use them.

If there’s a theatre term you’d love to know more about, email us and we’ll crack it open for you.

Adaptation—A play made out of some existing text—another play, a film, a novel, a poem, an old story. Every story comes from somewhere, but adaptations draw on a specific source material, transforming it in big or small ways to make a new play for the here and now. What do we keep, what do we chuck, and what do we need to shine a different light on?

Commission—The formal process of supporting a playwright to write and develop a new script. Often starting from a concept and some sample writing, a commission is a commitment to nurture that play in conversation with the company. Original full-length plays tend to take on average 12 – 18 months to write and develop. So by commissioning a play we're embarking on a long conversation with a writer, even before it goes into production.

Content—So what's the play about?

Context—The state of the world. The history of this country. The critical moment we find ourselves in. What you ate for dinner, and how many wines you've had.

Creative Development—A catch-all term for the many different artistic processes that go into making a new work. Some projects are driven by research, fieldwork, or interviews, so creative development happens out in the community. Others are developed in a collaboration with actors, or a designer, or a director, so spending time together in a studio is crucial. There are many ways to make theatre.

Critical Discourse—The conversation you have about the work. What pulled you in? What baffled you? What hit you in the guts? What stayed with you, and why?

Dramaturg—A broad-reaching job title, but it generally refers to someone's job is to explore how a play works and how to make it work better. They'll usually work alongside the playwright or director, nurturing, provoking, advising, observing, researching, and asking targeted questions to assist in a project's development. You might see them as a researcher, an editor, a therapist, a gardener, a shepherd, an in-house critic.

Dramaturgy—The study of how theatre works. Dramaturgy considers how all the elements of theatre come together and interact with each other to create meaning. We all know great theatre when we see it, but dramaturgy is about articulating what works and why. The intersection of theory and practice, dramaturgy means having your cake and thinking about it too.

Floor work—The process of exploring a script or an idea on its feet, moving around the rehearsal room. Theatre is an embodied art form. It's easy to fixate on language as the primary way to communicate, but actions famously speak louder than words. A single gesture or a look or the physical relationship between bodies can shift the whole meaning of a scene. That's why floor work is crucial.

Form—Theatre comes in many shapes and sizes, and traditions that bring their own expectations, languages and logics. How an audience might interpret documentary theatre is different from how they interpret a realist play, or a cabaret, or an opera. And form can shift mid-performance, as the rules change, and we critically engage with not just what's being said but how it's conveyed. The forms of theatre are steeped in tradition, but the possibilities are endless.

Laboratory—A framework in which artists come together to explore, without the imperative of an outcome. It's often about bringing a mix of artists together around a question or area of practice. When you take away the pressure of making a show, you give space for genuine experimentation to happen.

New Work—Original product. When a play hasn't come straight from the Royal Court or a successful run Off-Broadway. When it's homegrown, finding its feet, rough and ready.

Playreading—A step in the creative process where the cast and creatives gather to hear the script read in its entirety, and an important milestone post in the play's development where the play is shared and discussed. Sometimes we'll open these events up to the general public to get fresh perspectives or roadtest a new play in front of a (generous) audience. Playreadings demand imagination to picture what a production might look like, and give curious audiences a rare glimpse into the creative process.

Playwright—The lead creator of a play. We often think about plays being written on the page, but the term 'playwright' also speaks to the way plays are 'wrought' into shape. The process can be more like engineering or systems design, and creative in a way that uses the body as much as the mind. There's a lot more blood, sweat, tears and teamwork in the process than you might think.

Process—The pathway to product, the means by which the sausage is made. It can be critical, alchemical, political, chaotic, magnetic, or mystifying. Theatre is a living breathing ephemeral act of communication, so the process isn't complete until an audience has experienced it, wrestled with it, and argued about it at the bar.

Research—The 'R' in R&D. Contemporary theatre has its roots in traditions from around the world, including right here on Kulin country. The rules of theatre (if there are any) are constantly changing, but the ephemerality of it means we're often reinventing the wheel or going back to first principles. Research is about locating our practice, building a body of knowledge, taking every project as an experiment that we can draw on when we make the next.

Script—The blueprint for a production. In some productions it’s written and developed by the playwright, and then interpreted by the cast and creative team. In others the script is the product of a more collaborative process, a way of capturing the ephemerality of a theatre project as it takes shape.

Table work—Theatre is complicated—you've often got to move and speak at the same time. So rather than do it all at once, we often start around the table, reading, editing and discussing the script, before we start moving around.

Theatre-maker/Theatre-making—A term that applies to everything between and beyond the standard approach to putting a play on the stage. Sometimes it’s as simple as a playwright writing a play and a director directing it, but there are many ways to create theatre. Roles get blurry; authorship gets complicated. Theatre-making tends to mean mucking-in and getting it done.

Workshop—An intensive process of developing a new work. It usually involves actors, a director, a dramaturg, maybe a designer, and a terrified playwright bringing a fresh draft that's about to be pulled apart and reassembled before their eyes.