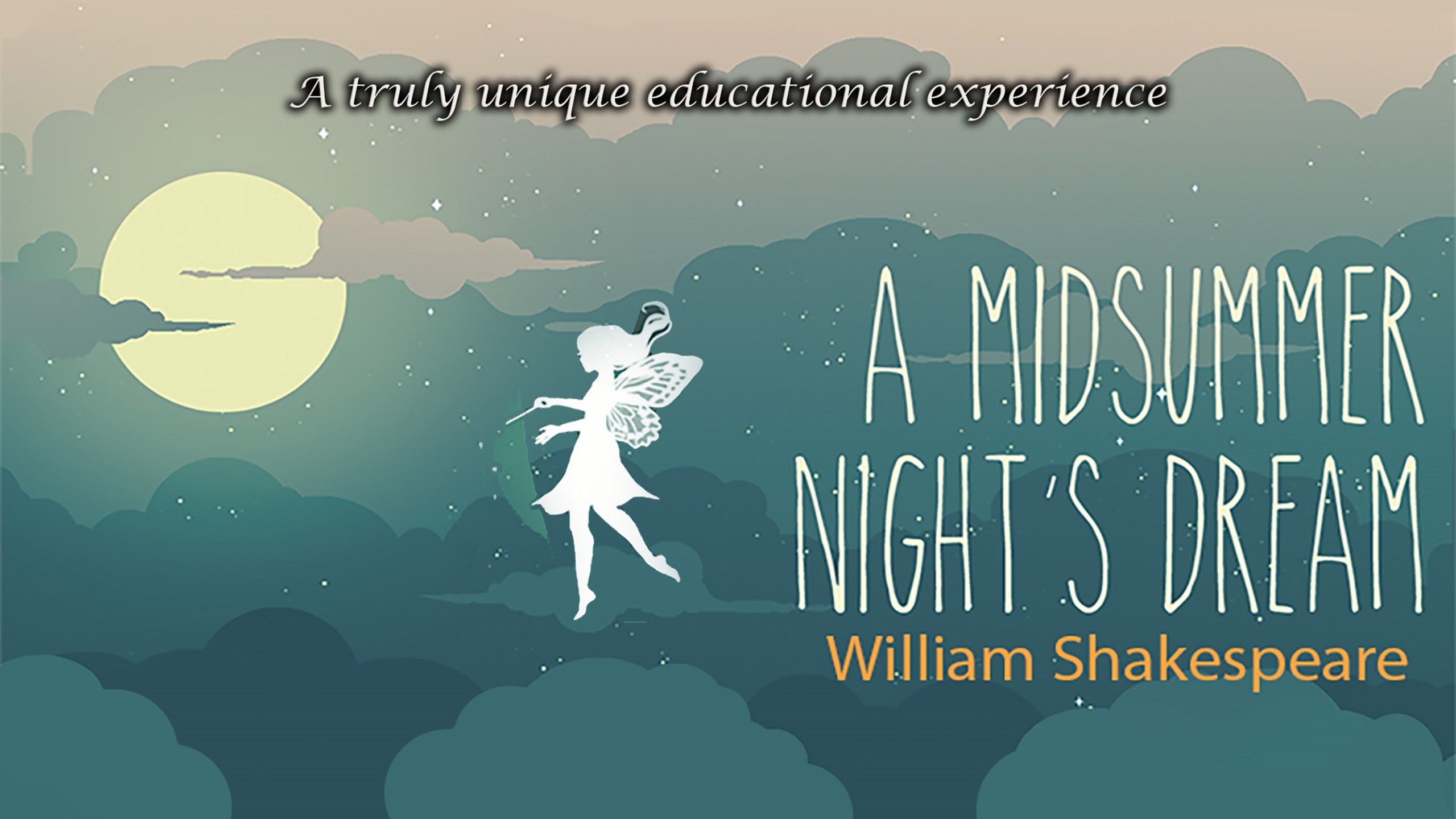 Standing Up For Shakespeare: A Midsummer Night's Dream

STANDING UP FOR SHAKESPEARE: A MIDSUMMER NIGHT'S DREAM

A story of order and disorder, reality and appearance and love and marriage. Theseus, Duke of Athens, and Hippolyta, Queen of the Amazons are to be married and great celebrations are planned.

Egeus brings his rebellious daughter Hermia in front of the Duke. Egeus wants her to marry Demetrius but Hermia refuses, because she's in love with Lysander. The Duke orders Hermia to obey her father or, according to Athenian law, she must face a death penalty or enter a convent.

Hermia and Lysander decide to elope that night. They confide in their friend Helena. However, she's secretly in love with Demetrius so, hoping to win his affection, she tells him of Hermia's plan. That night, all four lovers set out into the forest.

Meanwhile, a group of Athenian tradesmen (known as the Mechanicals), led by Peter Quince, are planning to perform a play in celebration of the Duke's wedding. They rehearse The Tragedy of Pyramus and Thisbe in the same forest.

Elsewhere in the forest, the fairy king and queen, Oberon and Titania, argue over Titania's refusal to give up her page-boy to Oberon. He sends his servant Puck to find a magic plant to cast a spell on Titania.

The juice of the plant, when squeezed onto the eyes of someone asleep, causes them to fall in love with the first creature they see when they wake up. Oberon uses the juice on Titania as she sleeps in her bower.

Puck overhears the tradesmen rehearsing and magically transforms Bottom's head into that of an ass. The other men are terrified and flee the forest. When Titania wakes, the first creature she sees is Bottom and she falls rapturously in love with him.

Helena chases Demetrius in the forest and their fighting disturbs Oberon. He tells Puck to use the magic plant on Demetrius too, so that he will fall in love with Helena. However Puck muddles up the two Athenian men and uses it on Lysander instead, who promptly falls in love with Helena. Both women are confused and Hermia furiously attacks her friend.

Eventually, Oberon lifts all the enchantments and puts the humans to sleep. Titania is horrified that she's been enamoured of an ass and is reconciled with Oberon. On waking, the lovers decide the night's events must have all been a dream. Lysander and Hermia are back to normal, and Demetrius admits he does love Helena after all. Bottom wakes up and recounts his 'strange dream'.

The wedding of Theseus and Hippolyta becomes a triple celebration as the other human couples marry too. Quince and Bottom's troupe amuses the couples with their amateur performance of the play.

As the couples retire, Oberon, Titania and the fairies perform a blessing, and Puck asks the audience to applaud if they enjoyed the performance.

All bookings incur a $4.00 booking fee per transaction.

All bookings incur a $4.00 booking fee per transaction.