A child is born. On the basis of its biological genitalia, the child is—in most cases—ascribed one of two genders: ‘male’ or ‘female’.

These two words should be merely descriptive of differences within localised anatomical functions—but they're not. They're predictive of agency, exclusion, advantage and disadvantage, opportunity and the lack of it. They're coercively determinative of personality and character, because thousands of years of cultural practice, material relations, millions of myths and superstitions, tales told and social agreements recruit the two biological categories into the performance of two distinct and separate roles. This is gender. From biologically male/female we are taught to perform social behaviour as masculine/feminine. Boy/girl. Man/woman.

These roles are not biological destinies. They are the repetition of symbols and habits that evolve and change through the traditions of different cultural communities. If they were biological destinies, what is considered 'masculine' or 'feminine' behaviour or entitlement would be performed by instinct, and universal to all people, and consistent across time. It is not. There are drag queens. There are butch girls. There are those whose gender assigned by others conflicts with their knowledge of gender within. Others are travellers over and through the binary boundaries, or reject them entirely. The characteristics associated with what it means to 'be a man' in the passionate, machismo culture of Chile don't look much like the sober, contained masculinity preferred as a social model in Sweden. Women described as 'gentle creatures of weak will in need of protection' in some Jewish orthodox traditions look nothing like the women of Spartan culture portrayed by poet William Cowper:

A Spartan, his companion slain
Alone from battle fled;
His mother, kindling with disdain
That she had borne him, struck him dead.

Mormon and American evangelical Christianity equates ideal femininity with pre-marital virginity and post-martial devotion, but the Muoso society of China has no word for 'father' or 'husband'—Muoso women do not marry, and take as many lovers as they wish. Bourgeois society in Western Europe traditionally held values deeming women as delicate, and therefore denied them property rights. The Navajo nation of the Americas valued women as capable and robust, and all their property was transferred through women alone.

We are all taught how to be the things we become by those around us, from the stories we're told and the structures with which we engage. One is made, not born, a woman.

We are made materially—and, in the West, where our traditions are patriarchal and our institutions founded on myths of men's supremacy—women are therefore made of less; the material experience of gender is unequal. The history of western work has valued men's labour over women's—only in the 1970s did Australian women win the right to equal pay. Inequality persists through a gendered division of labour; culture prepares women for some vocations, men for others. Narratives of 'femininity' teach women to be friendly, caring, and communicative. They are responsible for the massive oversubscription of women to jobs in retail, hospitality, teaching, nursing and care professions. 'Masculine' traditions that encourage men to be strong, manually adroit and mathematical oversubscribe men to trades, science, engineering and technology. The professions dominated by men pay more—and when women enter male dominated professions in large numbers, the pay goes down. Here in the West, work practices originate from a history in which men worked, relieved of the burden of caring for families. As women have entered the workplace, social expectations remain that care is a woman's obligation. Domestic chores remain overwhelmingly with women. As a result, the opportunity to increase wealth, and, with it, agency, favours men.

Institutional heritage also favours men's leadership. Women were restricted or forbidden the same educational opportunities as men for centuries; Oxford University, founded in the 11th Century, did not allow women to attain degrees until 1920. For women, access to the modern professions was slow and impeded. The history of western legal systems also conferred rights on men and denied them to us—domestic violence against women was legal for a very long time (until 1920 in Australia), and it was not until the 1990s that the last of Australian men finally lost a legal right to rape their wives. These structural heritage values yet condition and inform institutional practices. We associate authority with men, because until recently all those who held authority looked like men.

But we are also made discursively, which—spoiler alert—is the point of this play. Language, conversation, social rituals, culture, the media, literature and works of art create and reproduce the meanings associated with gender that define its experiences to and for us. Language confers status on its subjects, and what we believe to be true is usually derived from a community's decision that a construction of words represents a fact. 'Boys will be boys' doesn't actually denote a material reality, but to hear it repeated, and constantly, and as affirmation of gendered difference, allows the statement to be attached with meanings that powerfully influence behaviour. It maybe suggests that some activities are the exclusive preserve of boys. Or that there are excuses for behaviours performed by boys that won't be made for girls, or that boys have a separate, special destiny. Similarly, in the overwhelming, disproportionate example of women represented in narratives as objects and not subjects, or demeaned by stereotypes, or sexualised for unidirectional service to men's arousal, both genders are instructed that women are of lesser status, undeserving of equality. At best, the consequence of this instruction is the passive sexism that favours men for advantage, recognition and promotion. At worst, its propaganda that informs some men to believe women are objects for their possession and control.

Why the need to explain this? Because while we are indeed living in a moment of raised feminist consciousness, the old gender roles are still policed. The myth of men's supremacy may not be explicitly decried, but women are obliged to endure inequalities of labour, of access, of income, of opportunity, of agency. We are yet denied the control of our own bodies and when the President of the United States is a fat-shaming, pussy-grabber who signs women's rights out of legislation in rooms entirely full of men, we can all see the myth persists.

I am not content with this.
Discontent inspires revolt.

To everyone else who is not content with a gendered limitation of our destiny, don't underestimate the power of explanation. Language is a sword available to both sides. A shared truth is not merely a weapon to wield against our enemies; it's how we can, should, must recruit.

We are not born, but made, into women. A belief in common humanity obliges us to liberate ourselves and others from this containment. Revolt, cries Alice Birch's play. I concur. Revolt again. 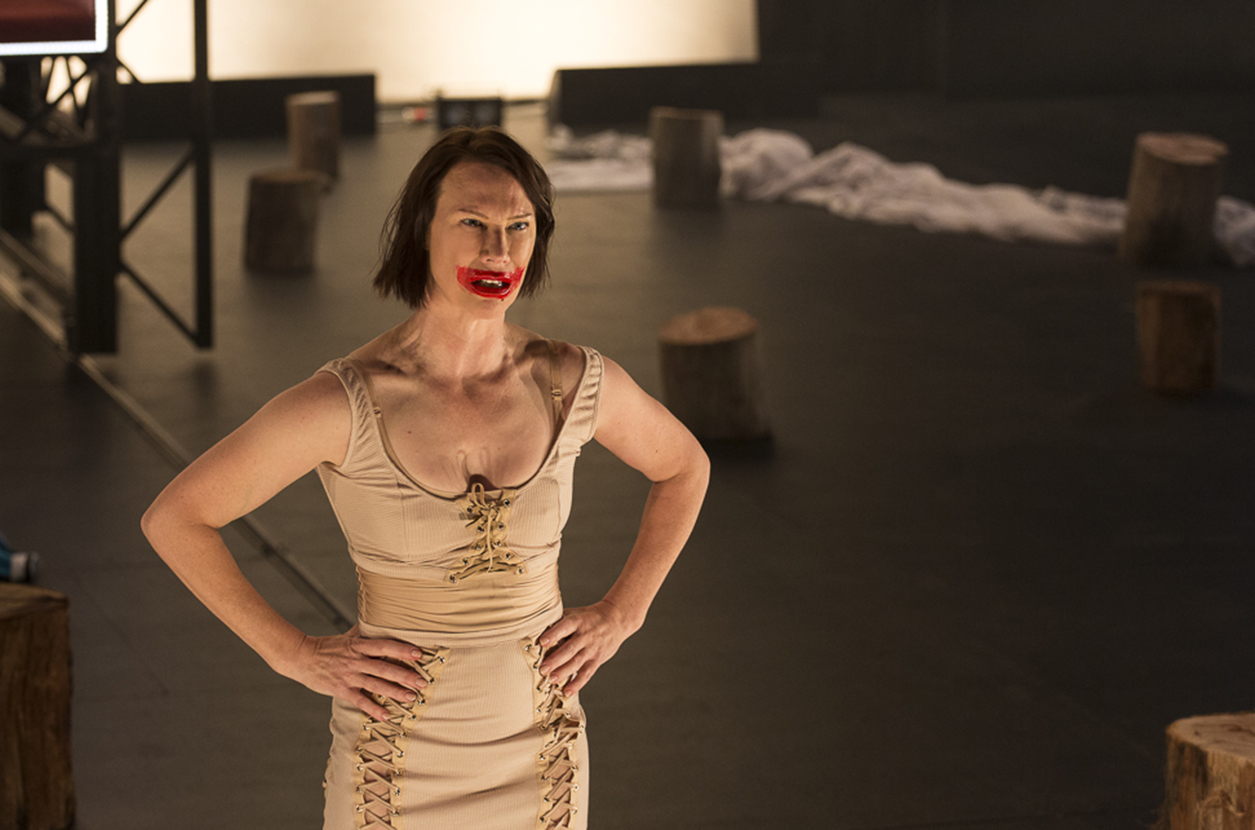