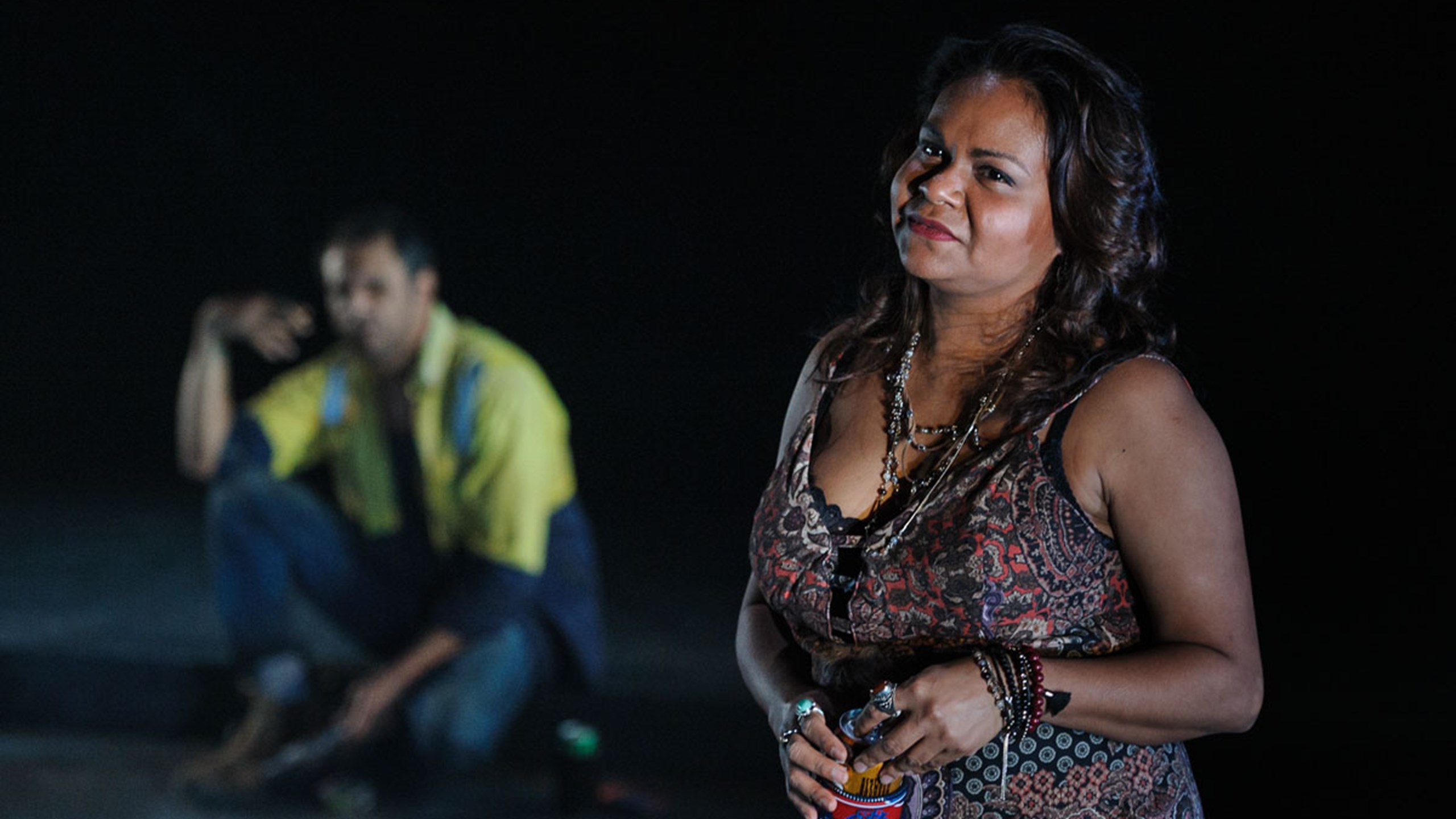 There is a turning point in Heart is a Wasteland where the pace and tone of the narrative changes in an instant, revealing the complex makeup of male protagonist Dan to the audience. An incredibly powerful moment for both the light feeling of fear it delicately generates as well as the depth it adds to the previously two-dimensional Dan, it is here that the carefully constructed façade is slipped for us.

But it is much more than the complexity of Dan that this scene reveals. Here we see the reality of life for female protagonist Raye—the legacy of her upbringing and the consequences of her choices as an adult. The scene typifies Heart is a Wasteland in its entirety; this is a narrative that centres around Raye and her experiences as an Aboriginal woman. Raye lives an Aboriginal woman’s life: she maintains her career; she is both a mother and a daughter; she is a mirthful friend; and, as shown through her relationship with Dan, she is a sensual lover in control of her own sexuality.

It is an important narrative to share with a wider audience, to show that Aboriginal women oftentimes face harsh realities, but are not always a victim of circumstance, of Aboriginal men and dysfunctional communities. Through both Raye and Dan, the audience is able to share in the multiplicity of Aboriginal experience; reality is shown as it is, with great intricacy and hard truth. Much like the unrelenting expanse of the Stuart Highway that Raye and Dan travel, reality is a constant that compels the story forward.

Written by Torres Strait Islander man John Harvey, and directed by his sister Torres Strait Islander woman Margaret Harvey, the nuance of both the script and the performance is refreshing for Indigenous audiences. It is a truthful portrayal of Aboriginal women and the relationships they have with family, with partners and with their community. This is especially exemplified in the dialogue and relationship between Raye and Dan, a real testament to debut playwright John Harvey’s skill and the experience that he brings to theatre-making. There is restraint in the direction, Margaret Harvey engendering a sense of forcefulness that is never brash, rather it is quiet yet strong—much like Raye herself. The use of film seeks to locate and anchor the play, and this is especially prominent in the filmed Acknowledgement of Country, reminding us of where the audience is located in that moment. Politics and Aboriginal spirituality are used to underscore the landscape the two characters traverse, ringing true to the Indigenous experience where such matters are part and parcel of everyday life.

Ursula Yovich brings Raye to life in a way that is warm and evocative of the audience’s empathy, being hard when she needs to be and gentle when she desires. As Raye, Yovich is compelling to watch, drawing all eyes to her throughout the entire performance. With rich and warm songs written by Lydia Fairhall, Yovich has wonderful material to work with. Her musicianship certainly adds to the performance, drawing the audience in to the narrative much as the music draws Dan in to Raye during the opening scenes. Importantly, there is a strong chemistry between Yovich and Aaron Pedersen, who plays Dan, with Pedersen holding his own through a steady portrayal of what can be a difficult character with impenetrable layers.

The tension that sits between Raye and Dan is subtle but ever-present, flaring up in that watershed moment where Dan reveals his darker self to Raye. The way in which Raye deals with Dan in that moment shows that Raye has empathy, but also an edge hardened by a full life of experience. In this way, Heart is a Wasteland becomes a true reflection of Aboriginal life, speaking to Indigenous people as its core audience and with a level of authenticity that comes from introspective contemplation. Here we find that despite its presentation within a mainstream theatre in the centre of Melbourne, Heart is a Wasteland is somehow not a teaching moment for non-Indigenous audiences. Whilst it is undeniable that non-Indigenous audiences may learn something from the work, this is a learning through witnessing, not by explicitly being taught something. Here we can witness humanity.

But the witnessing of humanity is often used to speak of ‘universality’ and to dismiss the essence of characters that are inherently and indelibly Aboriginal. As Claudia Rankine and Beth Loffreda write about literature, so to it applies to theatre:

If we continue to think of the ‘universal’ as better-than, as the pinnacle, we will always discount writing that doesn’t look universal because it accounts for race or some other demeaned category. The universal is a fantasy. But we are captive, still, to a sensibility that champions the universal while simultaneously defining the universal, still, as white. We are captive, still, to a style of championing literature that says work by writers of color succeeds when a white person can nevertheless relate to it—that it ‘transcends’ its category. To say this book by a writer of color is great because it transcends its particularity to say something ‘human’ (and we’ve all read that review, maybe even written it ourselves) is to reveal the racist underpinning quite clearly: such a claim begins from the stance that people of color are not human, only achieve the human in certain circumstances.[1]

In Heart is a Wasteland we have a work that is universal in its humanity, but complex in its Indigeneity. It is at once both relatable and unrelatable and therein lies its sophistication. Much like its ending, it is unresolved yet not unsatisfying and it leaves the audience pensively wanting more.

[1] http://lithub.com/on-whiteness-and-the-racial-imaginary/
Eugenia was invited to review Heart is a Wasteland as a guest of Malthouse Theatre. All opinions are her own. 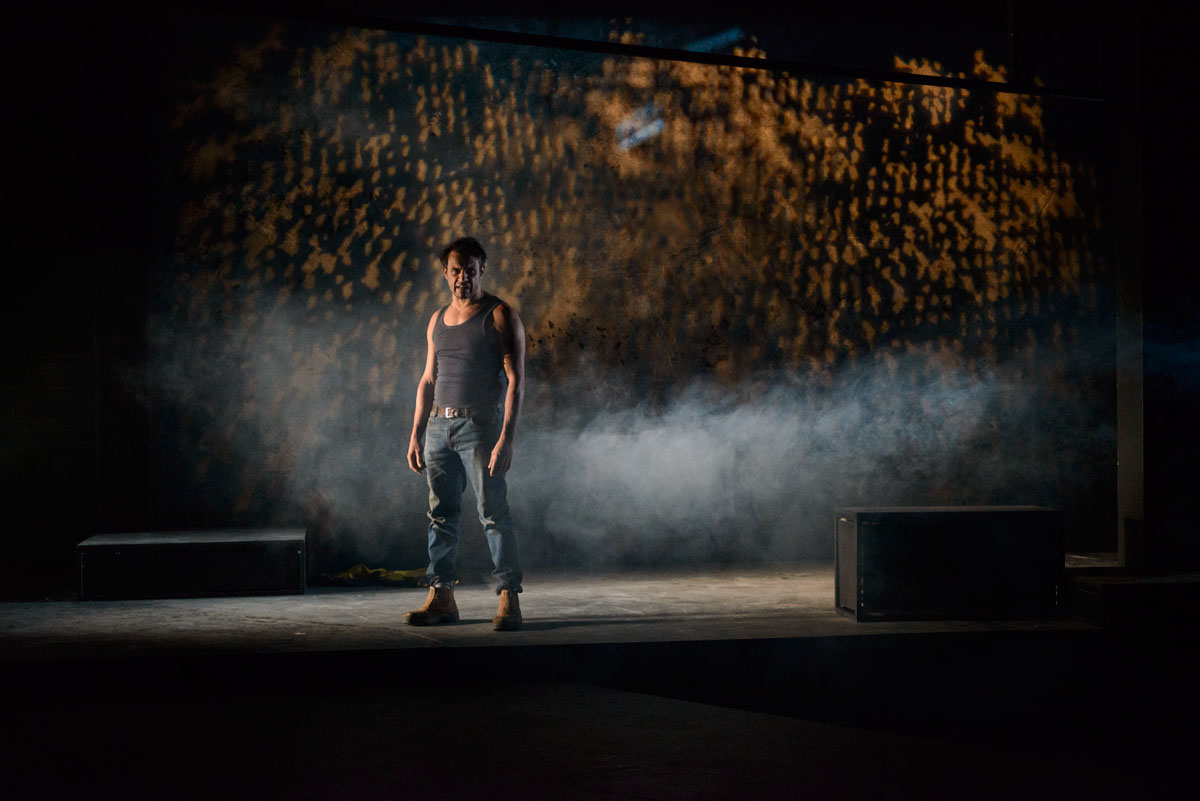