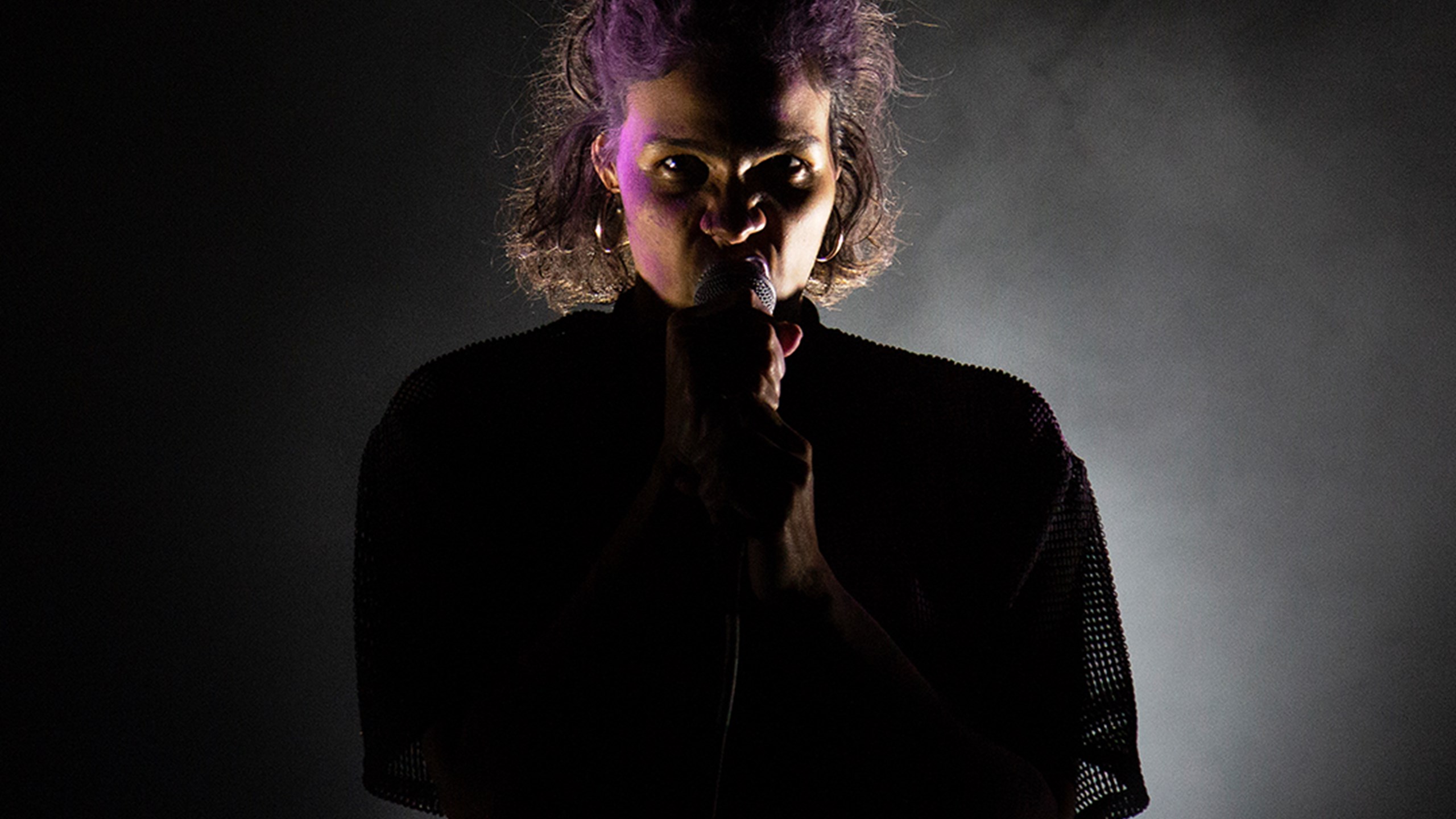 The Green Room Awards are Performing Arts Industry Awards that acknowledge the outstanding contribution of the many, diverse artists and technicians who work on stage, backstage, in the grid and in the pit. Each year they recognise outstanding achievements in production from Cabaret, Contemporary & Experimental Performance, Dance, Independent Theatre, Music Theatre, Opera and Theatre Companies. This year Malthouse Theatre is thrilled to be nominated for six awards. Our nominees include: 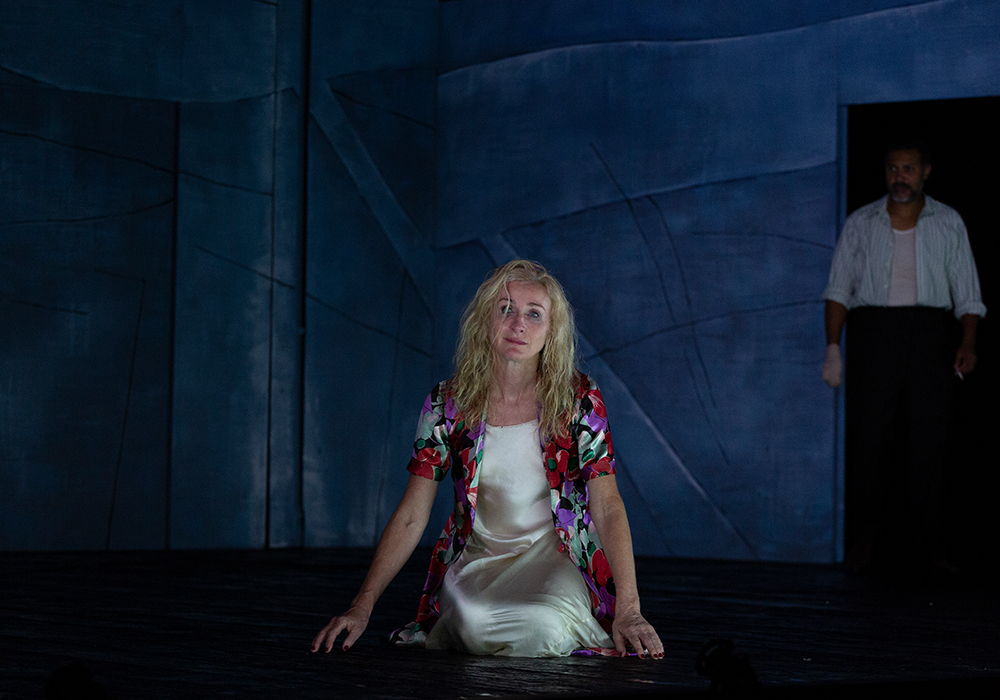 Previous work with Malthouse Theatre includes: Away (with STC), On the Misconception of Oedipus, Happiness, Kitten, Speaking in Tongues, Rapture, Still Angela, Black Sequin Dress, Honour, Love Child, and Wolf. Television includes Neighbours, The Time of Our Lives, Doctor Blake Mysteries, City Homicide, MDA and Stingers. Natasha was awarded the 2001 Green Room Award for Best Fringe Actress (Portrait of Dora) and 2015 and 2013 Green Room Awards for Best Ensemble (I Heart John McEnroe and On the Misconception of Oedipus). 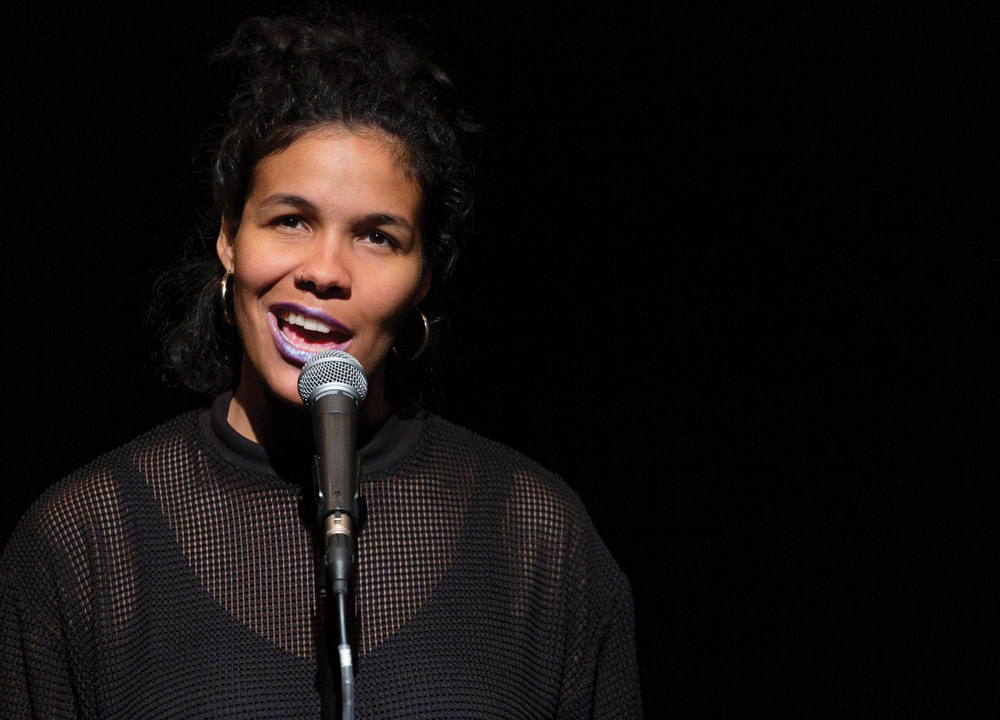 The bleak world of Wake in Fright is conjured in a one-person show by the always-evocative Zahra Newman.

Previous work with Malthouse Theatre includes: Love and Information (and STC) and The Government Inspector (and Belvoir). Other select stage credits include, for Melbourne Theatre Company: Miss Julie, The Effect, The Mountaintop, The Cherry Orchard, Menagerie, Clybourne Park, Random, The Drowsy Chaperone, Richard III and Rockabye; for Sydney Theatre Company: Cat on a Hot Tin Roof; for Belvoir: Random, The Blind Giant is Dancing, Ivanov and Private Lives; for Bell Shakespeare: As You Like It; for GFO An Officer and A Gentleman and The Book of Mormon, for which Zahra was nominated as Best Actress in a Musical at the Helpmann Awards.

Marlo Benjamin is an Australian based contemporary dancer. Born and raised in Sydney, she began her professional career at the age of 13 performing with Force Majeure, touring both nationally and internationally. In 2014, Marlo began her first year of study at the Victorian College of the Arts, and continued her training at Sydney Dance Company’s Pre Professional Year. Since graduating in 2015, Marlo has had the opportunity to perform both nationally and internationally with a variety of major companies and renowned independent choreographers, some of which include: Chunky Move, Australian Dance Theatre, Dancenorth, Stephanie Lake Company, Force Majeure, Sydney Theatre Company, Martin Del Amo, Gideon Obarzanek, Kynan Hughes, Sara Black, Sydney Dance Company, and Sydney Symphony Orchestra. Marlo was nominated for Best Female Dancer at the 2018 Green Room Awards for her performance in Chunky Move’s Anti—Gravity. 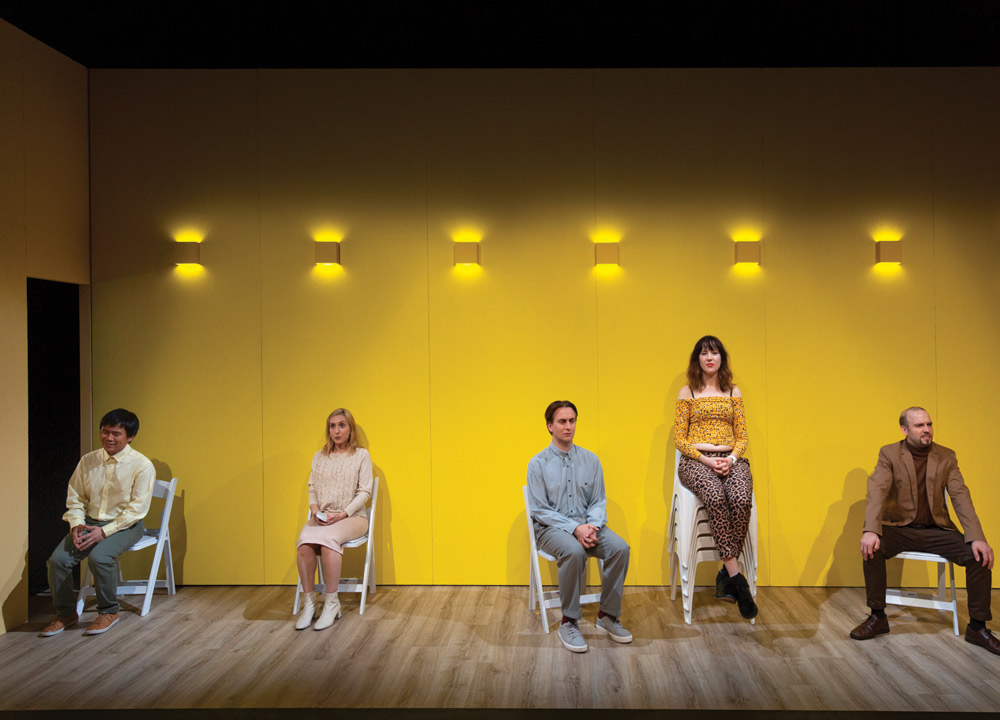 The Temple was co-created by Pan Pan Theatre’s critically acclaimed director Gavin Quinn and is the first collaboration with Malthouse Theatre.
Bringing together the comedic talents of artists Genevieve Giuffre (Summertime in the Garden of Eden), Ash Flanders (Blackie Blackie Brown: The Traditional Owner of Death), Mish Grigor (Ich Nibber Dibber), Aljin Abella and Marcus McKenzie, The Temple is a wry and comedic take on a weekend getaway gone wrong where five misfits enrol in a short course on How to Be Human.
Written collectively by the ensemble and Quinn, The Temple uses Oscar Wilde’s The Importance of Being Earnest as a springboard into false identities, as the residents compete to create the funniest group session of gags, traumas, banter and tantrums. The production combines a uniquely Australian brand of comedy with Quinn’s unorthodox theatre-making. This uninhibited performance liberates the boundaries of theatre in an unforgettable evening of laughter and self-discovery.

Presented by Pan Pan and Malthouse Theatre. Developed with the assistance of the Sidney Myer Fund, Arts Council Ireland and Culture Ireland. 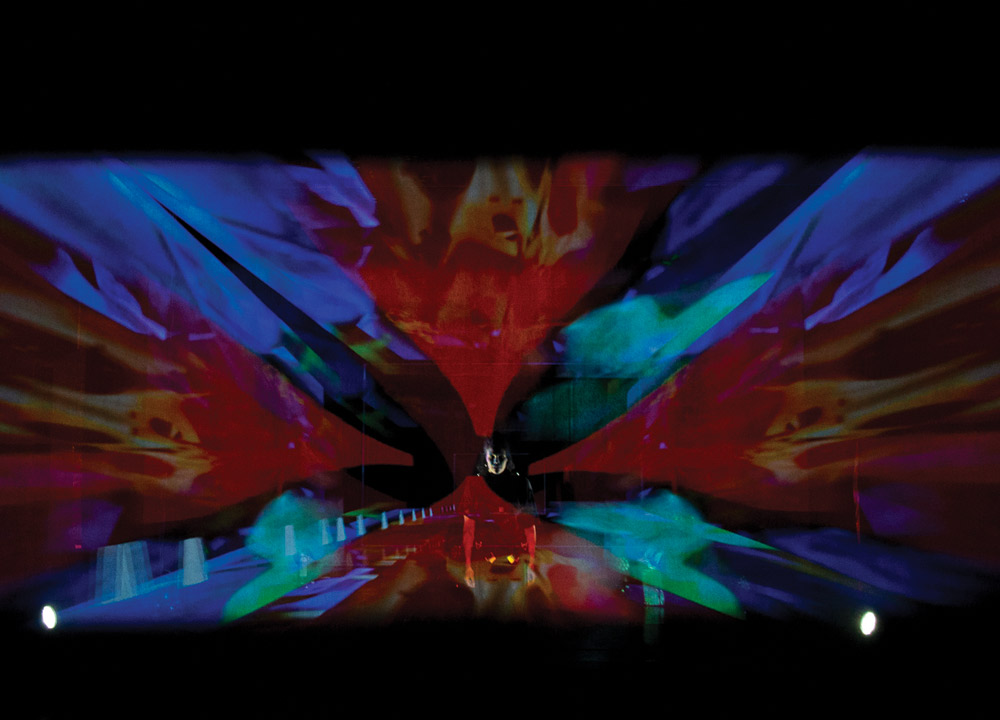 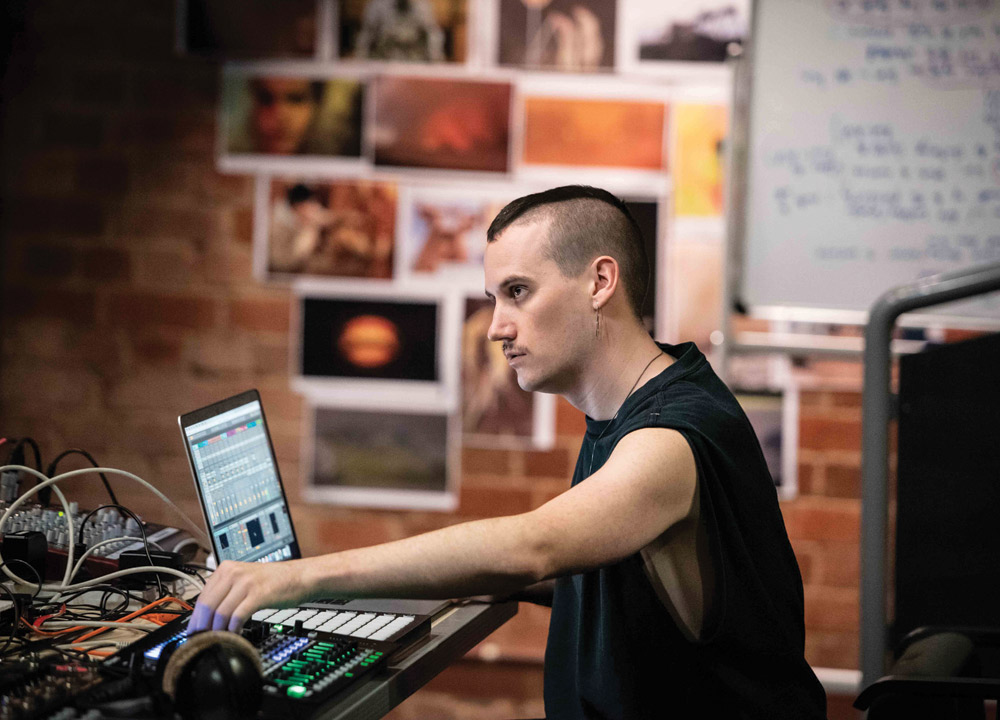 friendships was created with intention to disrupt. Nic (sound artist) and Misha (visual artist) came together in 2013 to combine their respective mediums and construct a world of their own. An onslaught of audio and visual stimuli, friendships demands your attention and keeps it 'we observe, absorb, pull apart then rebuild'. Drawing on themes of dystopian Australiana, friendships released the audio/visual concept album, Nullarbor 1988-1989 in September 2016 via Remote Control Records. The release received Album of the Week from Triple R, PBS, 4ZZZ, FBI Click & Edge Radio. In 2017, Nullarbor 1988-1989 received an AIR (Australian Independent Record Labels Association) award for Best Electronic/Dance Album of the year. 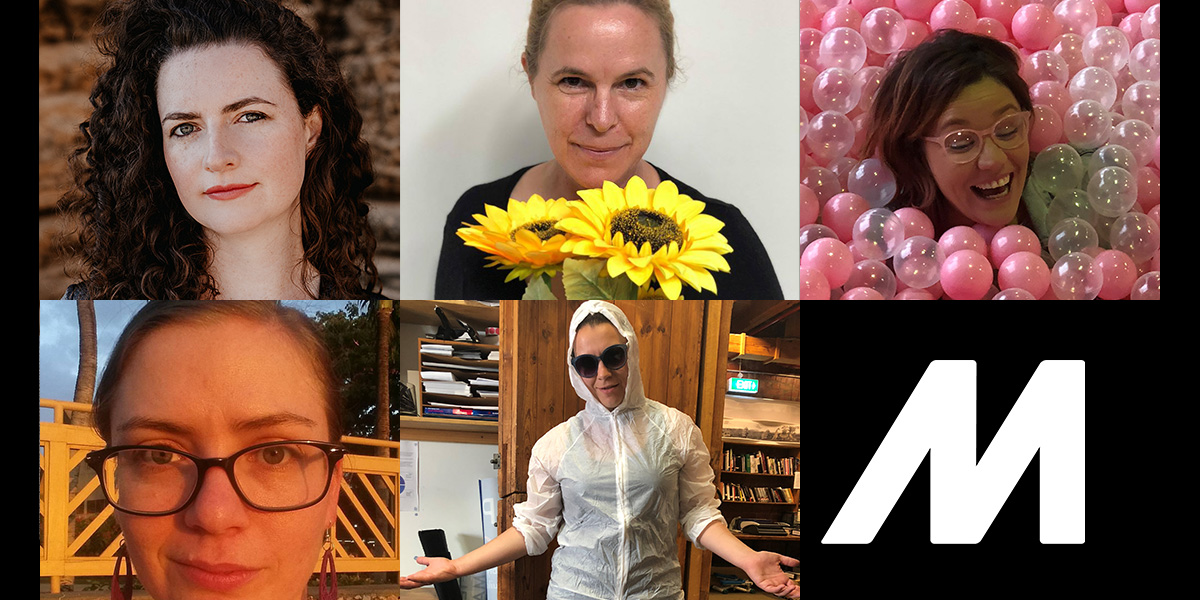