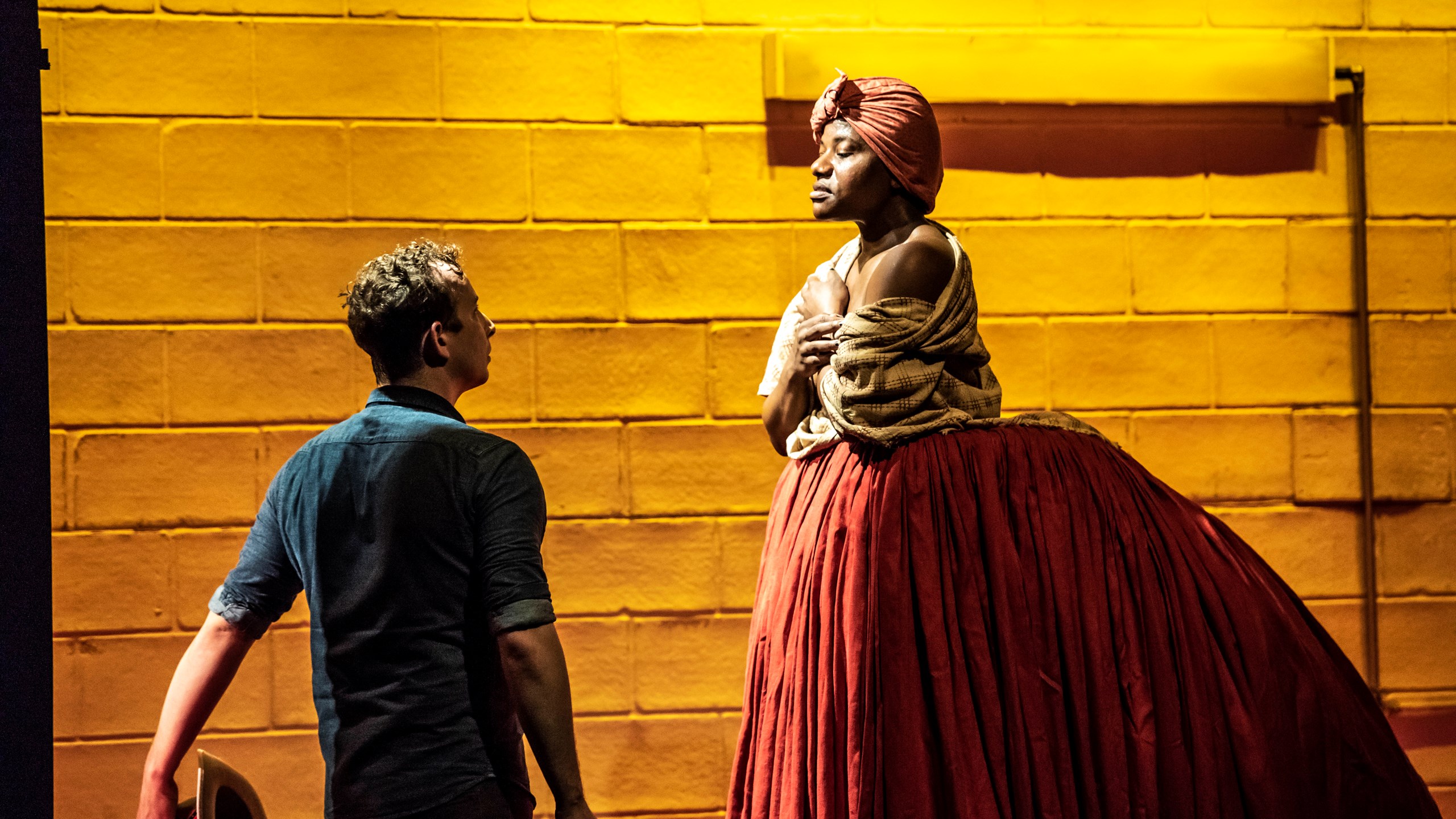 As a fifth grader (age 10–11) in small, Pennsylvania town in the United States, Scott R. Sheppard learned about the American Civil War and slavery by participating in a live-action role-playing game called the Underground Railroad game. Years later, he and co-creator Jennifer Kidwell unpack the effectiveness of that experience, as well as race, history, and the ways we still struggle to teach and talk about both. Kidwell and Sheppard speak about the genesis of the play, power dynamics, and the complexity of the Underground Railroad itself.

What inspired Underground Railroad Game, and how did you develop it together?

S: In Hanover, which is a small town in South Central Pennsylvania, USA, there’s a lot of reenactment culture and historical tourism because it’s near Gettysburg, the site of the bloodiest and most consequential battle of the American Civil War. There was a thematic unit for every grade, which for fifth graders was the Civil War. They decided that it was going to be a live action roleplaying educational war. One of the games we played was called the Underground Railroad game, in which teachers explained that dolls were going to stand in for fleeing slaves. The teachers split the class into two groups—the Union soldiers and the Confederate soldiers. If you were a Union student then you would earn points for each safe house you were able to safely transport a doll to. The Confederate students were out to catch you. Years later, the game started to resonate with me in a different way, revealing a lot of the unknown or latent cultural assumptions, blind spots, and racism rampant in my hometown. I told this story to Jenn when we were in Pig Iron’s School for Advanced Performance Training. The idea was to use this as a jumping off point to explore dares, games, and the ways in which competition can reveal things about ourselves that we would normally protect, censor, or edit. The reality of a middle school and two teachers became central threads of the piece later on.

What are your thoughts on the Underground Railroad as a historical icon? Teacher Caroline refers to it as ‘a silver lining to the dark side of slavery.’ Do we tend to forget the origin of these historical icons and why they existed in the first place?

J: People have been asking, ‘Why is this in the zeitgeist?.’ Part of the function of the piece is to say that it’s certainly convenient to talk about the entire system of slavery, spend a little time talking about how hard slavery was, and then say, ‘But there was this really great Underground Railroad and there were a lot of really helpful white people on it.’ I think that that’s bound in this—a lack of being able to reckon with the evil, the injustice, the perniciousness of the institution of slavery, and to shed light on this narrative of the white saviour. Because as long as that white saviour exists, we don’t have to fully deal with it. I think that the nation feels like an adolescent right now, and that’s why people have used the term ‘woke,’ because they’re thinking, ‘Wait, wait, I didn’t actually realise that all of the things that I’ve held to be true are A) not true for everybody and B) are wrong.’ And there are some people who say, ‘I will not look at things like that.’ I think that the mythos of the Underground Railroad helps assuage the brutality of actually reckoning with truth for those who need that salve.

Over the course of the play Teacher Caroline and Teacher Stuart become romantic partners. Why did you decide to take their relationship in that direction?

S: With these two teachers there was an impulse towards crossing lines and wanting to see how far they could go. That started to be a motor for the ways these two characters operated. We realised that with every scene in the piece, they became different levels of caricatures of themselves. When we wear masks, what kind of games can we play with each other, and what does that free us to express about ourselves that we might not if we weren’t wearing masks?

J: And if you’re going to do a piece dealing with race in America, and you have a white guy and a Black woman, you have to talk about sex. To me that’s just so present, so forward and funny, because we don’t want to talk about sex in a puritanical country like the United States. We wanted there to be a clear and immediate understanding of what’s at play with what those two bodies stand for.

J: The power that Scott is referencing comes out in the performance of these two bodies. That’s what the piece is trying to do, to get at, 'So this is public and this is private,' or is it? And so what is the power dynamic outside of that public space? Can you actually create an ecology between two people that doesn’t reference the outside world and so isn’t beholden to those vectors of power?

Tell us about the significance of the props in the play.

J: It struck me that these teachers were trying to teach about the objectification of body and the objectification of labour and race through the use of rag dolls. I asked Scott, 'Your school, let me guess, is predominantly white?' 'Yes.' So basically the only black bodies in the building were rag dolls that people were carrying around and using as tokens, which seems like the worst pedagogy ever. When you can see an object in more than one dimension, so that it signifies more than one thing, you start to understand different facets and different points of view. The reuse and re-inscription of the objects was once for utility because of the budget, but also to say, 'To you, this is the icon of freedom, to me it’s actually the icon of death.' 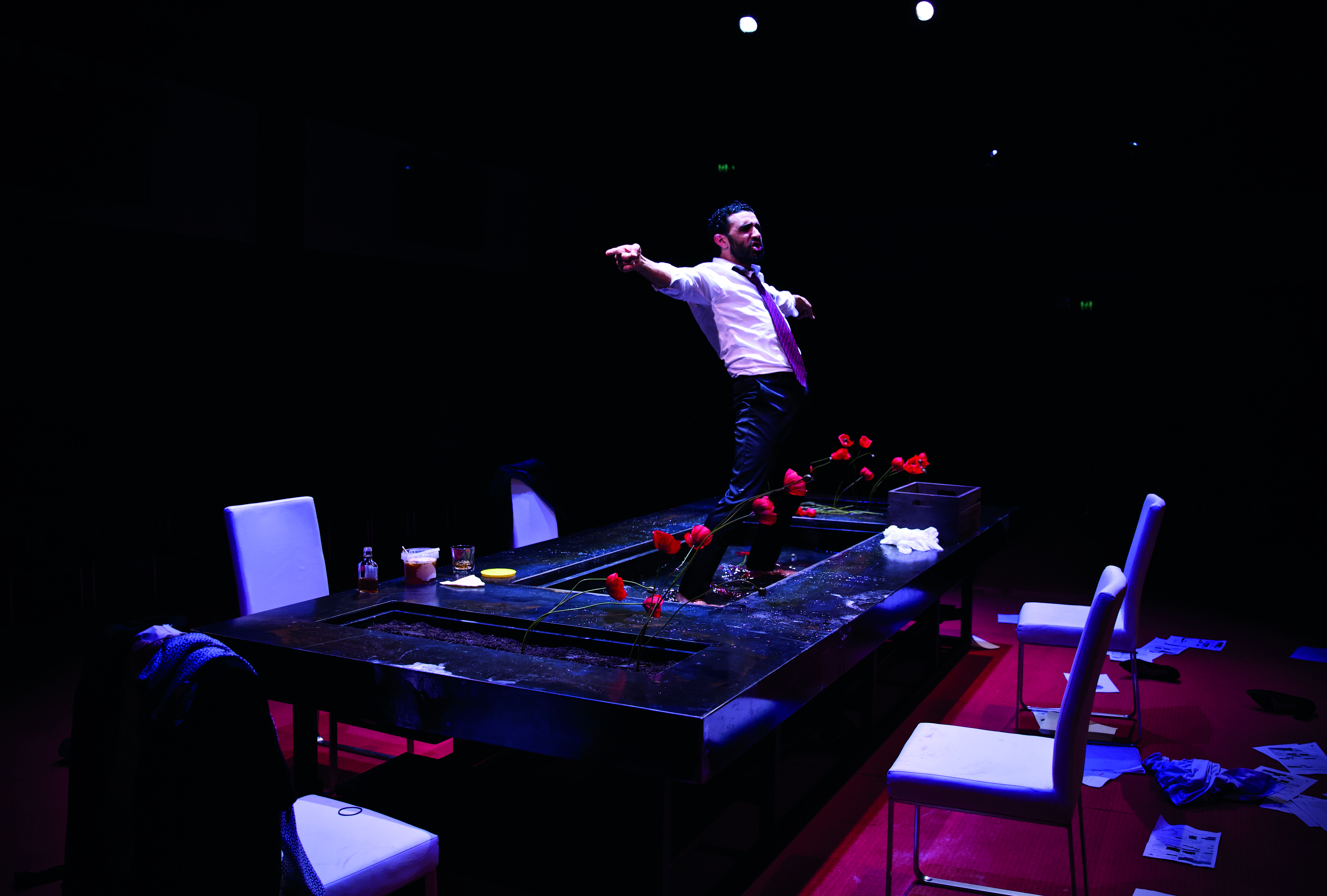