'To see or Not to See?' Lisa Duggan on Wild Bore

To See or Not to See?

That is the question posed by Wild Bore, a complex meta-tation on the politics of perception and representation disguised as a gleeful revenge romp aimed at theater critics. Created by notoriously provocative feminist performers Zoē Coombs Marr, Ursula Martinez and Adrienne Truscott, this performance piece reverses the gaze and asks—are reviewers mostly talking out of their asses?

Literally. The first thing the audience sees is a press conference table set up for talking butts—the performers’ shiny white moons—spouting lines from reviews. We are confronted with streams of verbal crap in evolving scenes featuring literalized metaphors from the pontificating butts, to the performers’ heads up prosthetic butts, to semi-clothed and naked antics with all the sight and sound gags you might imagine. This is awesome ridiculous fun for performers, writers, and artists who have issues with the practice of criticism—pretty much all of us.

But it’s not all cathartic acting out! Wild Bore stages a multi-layered critique of critical pomposity, that critiques its own critiques while deconstructing the practice of critique. It runs naked circles around our habits of perception. In other words, sure, it’s a goofy spoof full of toilet and body part humor. But it is also sooooo smart! It will pop your brain cells while you’re laughing out loud.

The unexpected appearance of trans/genderqueer performer Krishna Istha underscores the ultimate 'dramaturgical design' of the show (that phrase is a running gag, a repeated quote from a reviewer who doubted the performer had the capacity for it). Istha begins with a critique of Wild Bore for featuring 'three white women performing on stolen land.' Ahem. True enough. But after illuminating the limits of the racial and gender horizons of the show’s perspective thus far (seriously, this is not parody), Istha proceeds to critically examine their own point of view and positioning with puckish glee. Istha’s pop-up appearance risks being seen as a tokenistic add on, but their performance actually functions as the core moment, underlining and illuminating the overarching aspirations of the show. This is the moment when outside critique becomes inside performance, spinning critical perspectives into a deeper shift in perception. Plus, it’s part of the fun!

Wild Bore is definitely wild, and definitely not a bore. When we wish for the kind of night out where we can escape, fantasize, imagine, but also think…this is the kind of the thing we are looking for…Who says feminists can’t be fun?

Lisa Duggan is Professor of Social and Cultural Analysis at NYU, and author most recently of 'Mean Girl: Ayn Rand and the Culture of Greed.”

This article was originally posted by NYU Skirball 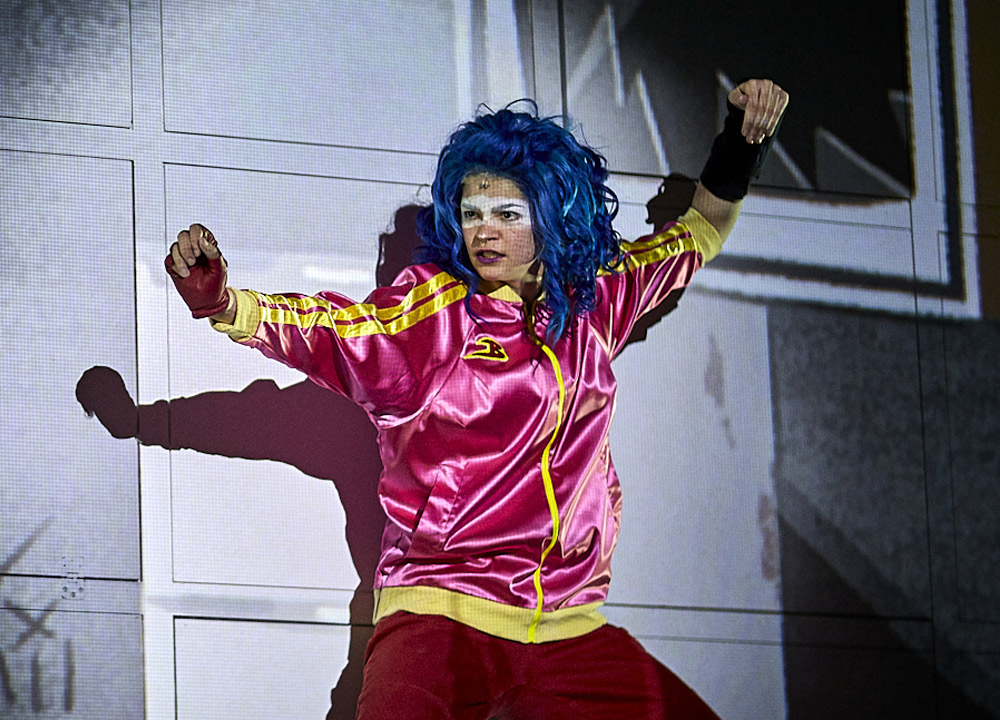