As I start writing this article I get a text message. It’s an update about a friend who has been dealing with cancer for a few years. Her condition has deteriorated and she now can’t have any further immunotherapy or chemotherapy. The message says of the friend and her partner: They don’t want it to be a secret. They don’t know how much time they have.

This friend was one of the most helpful to me when I was diagnosed with breast cancer in October 2016. As soon as she heard, she got in touch. Full of love, wisdom, care and super practical advice about getting through chemo. She shared her experience without taking away from mine.

I’ve moved into a different phase now. Cancer sucked up about a year of my life, what with surgery, chemotherapy, radiotherapy and being tightly bound to the medical and oncology system. I’m still connected, and will be for a long time. But I feel now like I’m living with the residue of cancer rather than the full immersion.

In preparation for this article, I read Bryony Kimmings’ beautiful and buoyant script. Her take-down of language and the title of the play itself—A Pacifist's Guide to the War on Cancer—both resonate. I have reflected on similar themes myself in a previous essay: An Uncertain Prognosis.

The language of war permeates our public discourse. That notion – of working conflict out via aggression, annihilation and invasion – feels so male. Or should I say patriarchal. Or colonial. And similarly, cancer-associated terms like battle, heroism, inspiration and defeat paint a binary picture: those who conquer and those who fall.

The reality I discovered was the mundane trudge of hospital visits, medications, side effects and daily grind. The existential pressures a diagnosis brings to bear. The adjusting of one’s image or identity as forced on one by the disease. The lingering effects as life returns to a kind of normal. Or, as in the case of my friend, the unutterable sadness and searing injustice when it doesn’t.

I was complaining just a few days ago to my partner about the changes to my body Tamoxifen has wrought. Because my breast cancer was the type that is helped to grow by estrogen, oncological advice is to halt that hormone. For now, this takes the form of a drug that prevents estrogen from attaching to hormone receptors in cancer cells, so new cancers can’t grow. It, along with the chemotherapy, have shunted me into chemical menopause. Sudden and palpable. Once my hormone profile is officially post-menopausal, other courses of action may be recommended including ovarian removal.

How necessary is all this hoo-hah? When I asked the oncologist at our first meeting, just after surgery: ‘If you’ve had cancer once is it likely you’ll get it again?’ She said: Yes.

My tumour was Stage 3, which means it was behaving erratically enough that the recommendation was for ongoing anti-hormone treatment. We’d prefer you to take this than not.

It gives me a better survival chance.

Tamoxifen belly is a thing. After six months taking it daily, I pretty much woke up one morning to find that jeans I’d been wearing just weeks earlier no longer fitted. No matter how many crunches I sweat through, this new belly ain’t shifting and it infuriates me. Why can’t I control my body? This gives me renewed empathy for anyone who has faced a challenge with weight, body shape or body image, either within themselves or via society’s judgements. Which I assume is most human women.

While Bryony Kimmings was making A Pacifist’s Guide to the War on Cancer, an unexpected life event side-swiped her. I was writing a new theatre show, Contest when my diagnosis hit. Like her, I ended up incorporating some of my experience into the show. Mine isn’t about cancer. But it is about women, competitiveness, aging (and netball). It was spooky how the themes I’d been writing about suddenly came into sharp focus as reality in my own life.

To date, I’ve been lucky in life with physical health. This is my first time being so connected to the medical system. I’ve lived pretty much drug-free. I stopped taking the contraceptive pill in my late twenties because I hated how it made me feel. Now I am one of the chemically dependent army our world is creating. I’m not judging this. Chemical intervention saves lives. And while I totally get why some people opt out (the chemicals inflicting as much damage as the disease in some instances), I am a reluctant but obedient participant. Living with cancer or the effects of cancer prevention is now a reality for many people. Cancer as a chronic condition rather than a death sentence.

I met a friend’s new baby the other day. For many women, having a child is the first time their body will be forced into a ‘new normal’. I grieve for the children I never had, partly through choice, partly through circumstance. I am angry that my bodily changes have been thrust on me by an illness, not the gift of a birth.

But a lot of people have ‘new normals’ forced on them. Mine has increased my sense of empathy for other people, their stories, and all the myriad ways in which our lives (or bodies) don’t work out as we’d hoped or planned.

Good lord. How that language persists and pervades. As if it’s a fair fight, and if Fry ‘loses’ it’s because he couldn’t cut it.

Perhaps this is a new normal we could work towards. The knowledge that illness will come to most of us in our lifetime. Sickness and vulnerability are not an aberration to some mythical notion of perfect human functioning. They are part of everyday life. Sometimes they are exhausting and they can feel like a battle.

Taboos around illness are linked to taboos around death. The mania of positivity when it comes to cancer is emblematic of this. People want you to beat it, to be well, to get over it. We’d rather ignore it or wrap it up in a heroic narrative, than face it squarely and what it provokes in us about our own mortality. Are there other ways we can be with each other in all the fullness of human experience – wellness, illness, dying and death?

I message my friend about her shitful news. No words can do it justice. But, as we discussed, how much stranger and more isolating silence feels than when people make contact. However awkward it is.

This article goes out with clumsy love to her and everyone facing ‘new normals’ in a world that can seem like it values an elusive, perfectionist status quo above all else. In the hope that a new normal can be one where we are not at war with ourselves.

Emilie Collyer is a playwright and author. Her play, Contest which was supported by Malthouse Theatre via the Malcolm Robertson Prize will be presented as part of Darebin Arts’ Speakeasy in July 2018.
Emilie’s website: www.betweenthecracks.net

A Pacifist's Guide / By Lara Veitch 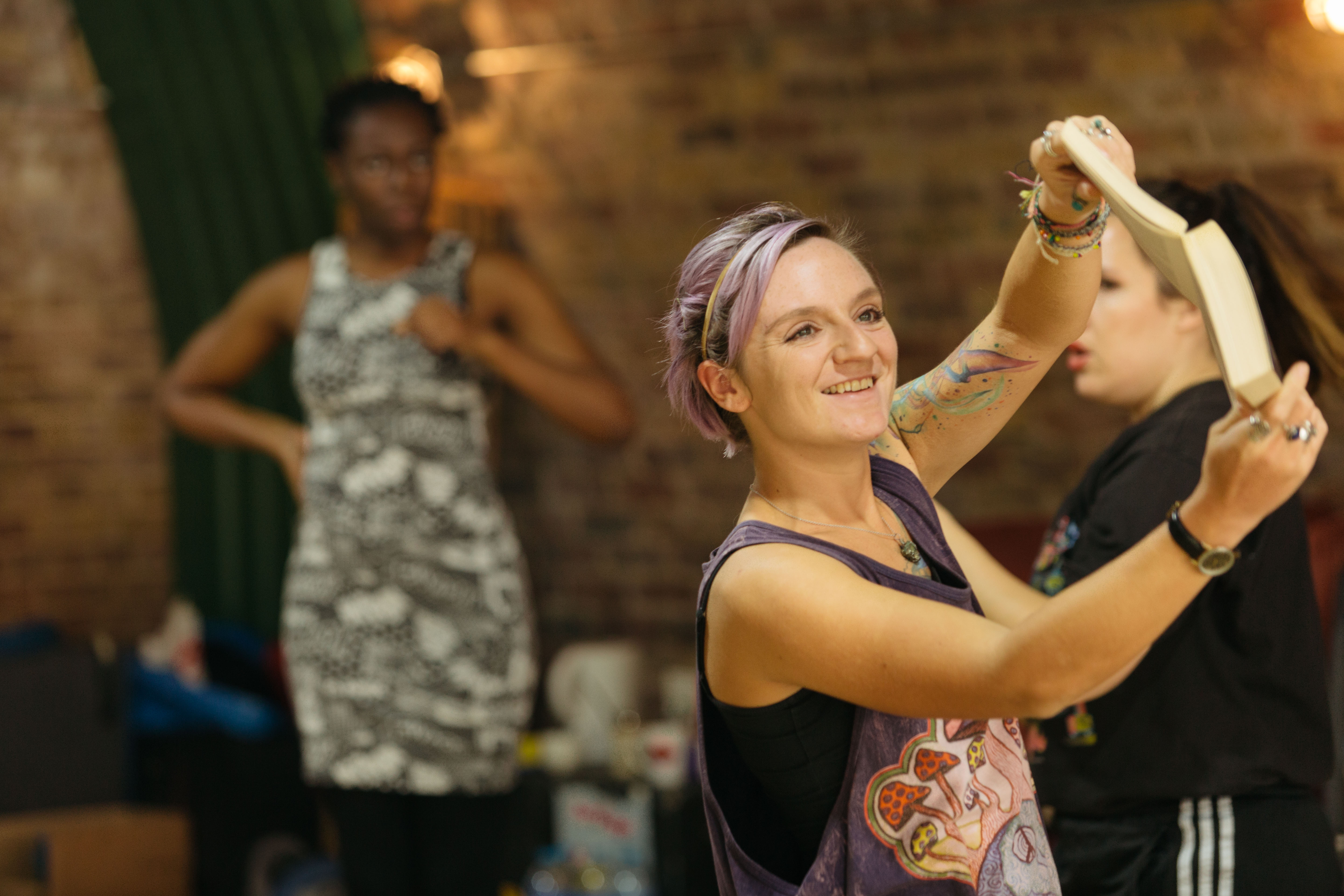