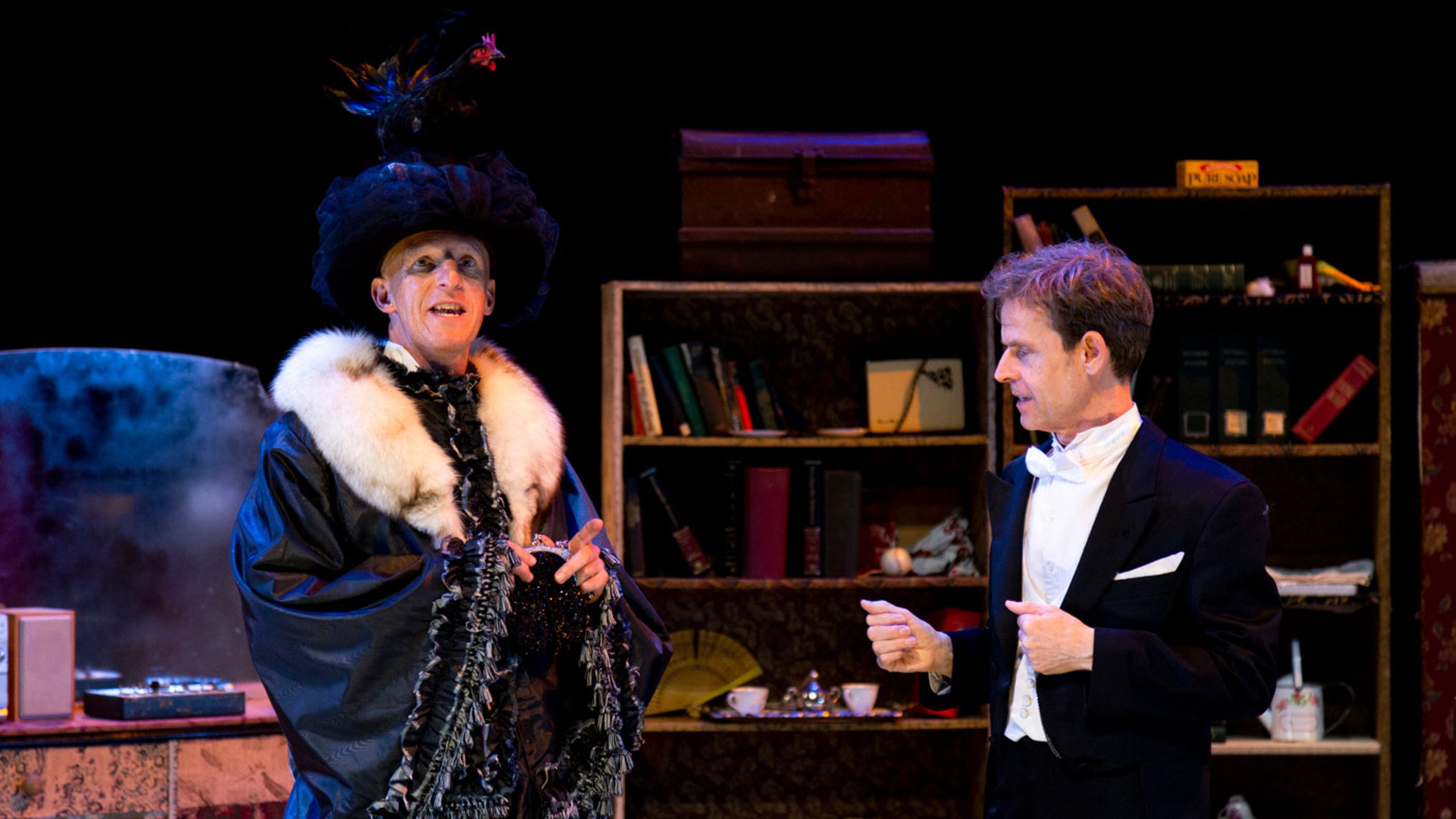 The Importance of Being Earnest was first performed on 14 February 1895. Four days later the Marquess of Queensbury left his calling card at Wilde’s club inscribed—‘For Oscar Wilde, posing somdomite’[sic]. Wilde’s decision to sue the Marquess for libel led to his own conviction for ‘gross indecency’ and two years hard labour in Reading Gaol.

The Importance of Being Earnest is the ultimate comedy of manners, in that everything that is superficial is treated with great seriousness. It has probably provided more well-known quotations than any play written since Shakespeare. It helped inspire Susan Sontag’s famous essay, Notes on “Camp”, which she dedicated to Oscar Wilde, although she doesn’t cite the play in her essay. For Sontag camp is a way of seeing the world in terms of stylisation, and is thus ‘disengaged, depoliticised—or at least apolitical.’ The subtitle of the play—A Trivial Comedy for Serious People—suggests Wilde was deliberately drawing attention to the superficiality of the play—or, possibly, signalling that its triviality could be deceptive.

Ostensibly The Importance of Being Earnest revolves around the search for conventional love and marriage, and it ends, rather like a 19th century opera, with three couples united. Yet there is clearly a homosexual subtext, most obvious in the use which allows Algernon to escape social commitments to visit an imaginary invalid in the country.

Queer scholars have found a wealth of homosexual references in the text, ranging from Jack’s cigarette case (Wilde often gifted young men with such cases) through the name of his ward, Cecily (claimed to be slang for a young male prostitute), to his home address in Albany, apparently the home of the founder of a secret homosexual society, the Order of Chaeronea, which had been established two years earlier by Cecil George Ives; a friend of Wilde’s. How much of this is intentional we can’t know. The name Earnest was sometimes in use to signify homosexual, and Wilde and his lover Lord Douglas had sex with a busboy named Earnest, who testified at the trial. Wilde himself, rereading the play, wrote—‘How I used to toy with that Tiger Life’, but that expression seems very uncommon.

Rather like Gore Vidal and Sontag herself 60 years later, Wilde enjoyed playing with what was then, and continued well into the 1960s, namely the taboo subject of homosexuality. (One of the main claims of Notes on “Camp” was the centrality of homosexuals to contemporary culture). Whether or not some commentators’ claims for specific homosexual references are accurate, the whole play rests upon the concept of disguising one’s personality—both Jack and Algernon have well developed strategies for leading a double life.

The playwright George Bernard Shaw said that though ‘extremely funny’, the play was Wilde’s ‘first really heartless [one]’. Maybe we should think of The Importance of Being Earnest as a morality play disguised as a farce, one in which Wilde’s genius in coining aphorisms is most obvious. Despite being set in late 19th century British society, where lineage is all, it remains oddly relevant today—by inverting social platitudes Wilde points to their importance in maintaining social structures. Only by establishing his social class is Jack able to shed his other persona and marry Gwendolen.

After the inevitable denouement, reminiscent of the discoveries of lost parents in Gilbert and Sullivans’ The Gondoliers (which had premiered six years earlier), Jack says—‘Gwendolen, it is a terrible thing for a man to find out suddenly that all his life he has been speaking nothing but the truth. Can you forgive me?’ But what truth is Wilde hinting here?

That E[a]rnest can be read as both a proper name and an adjective can be taken as a deliberate reference to disguising one’s homosexuality, which suggests that The Importance of Being Earnest could be taken as a call to be open about one’s sexuality. After all, by the time Wilde wrote the play, a homosexual emancipation movement had emerged in Germany and was beginning to develop in Britain.

But we should beware of overinterpretation—as Freud said about cigars, sometimes a cucumber sandwich is just a cucumber sandwich. Sontag wrote: ‘Camp taste is, above all, a mode of enjoyment, of appreciation—not judgement.’ The play has survived precisely because it both satirises late 19th century society and embraces it. The hints of tragedy in Wilde’s other famous story of a double life, The Picture of Dorian Gray, is nowhere evident here.

Dennis Altman is a Professorial Fellow in Human Security at La Trobe University and a gay rights activist. 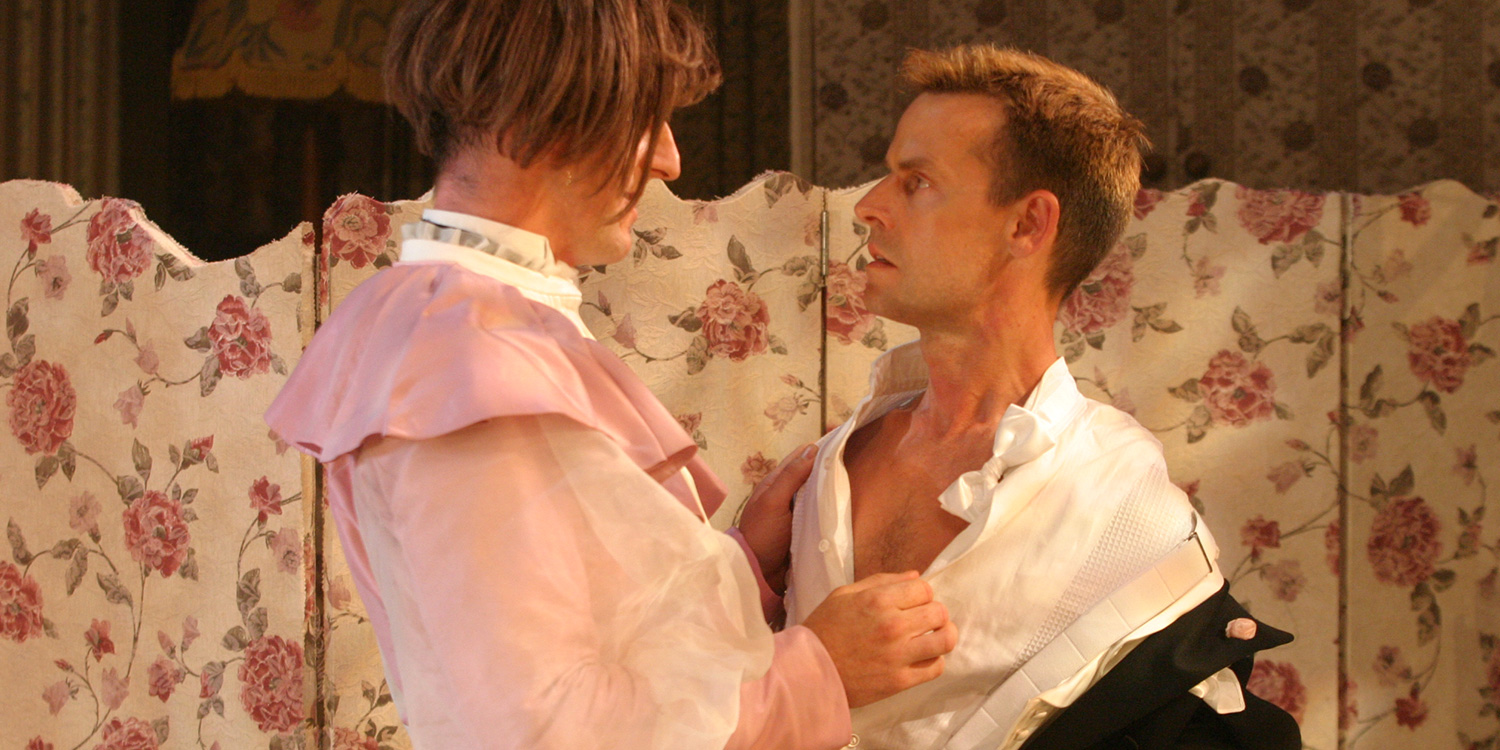