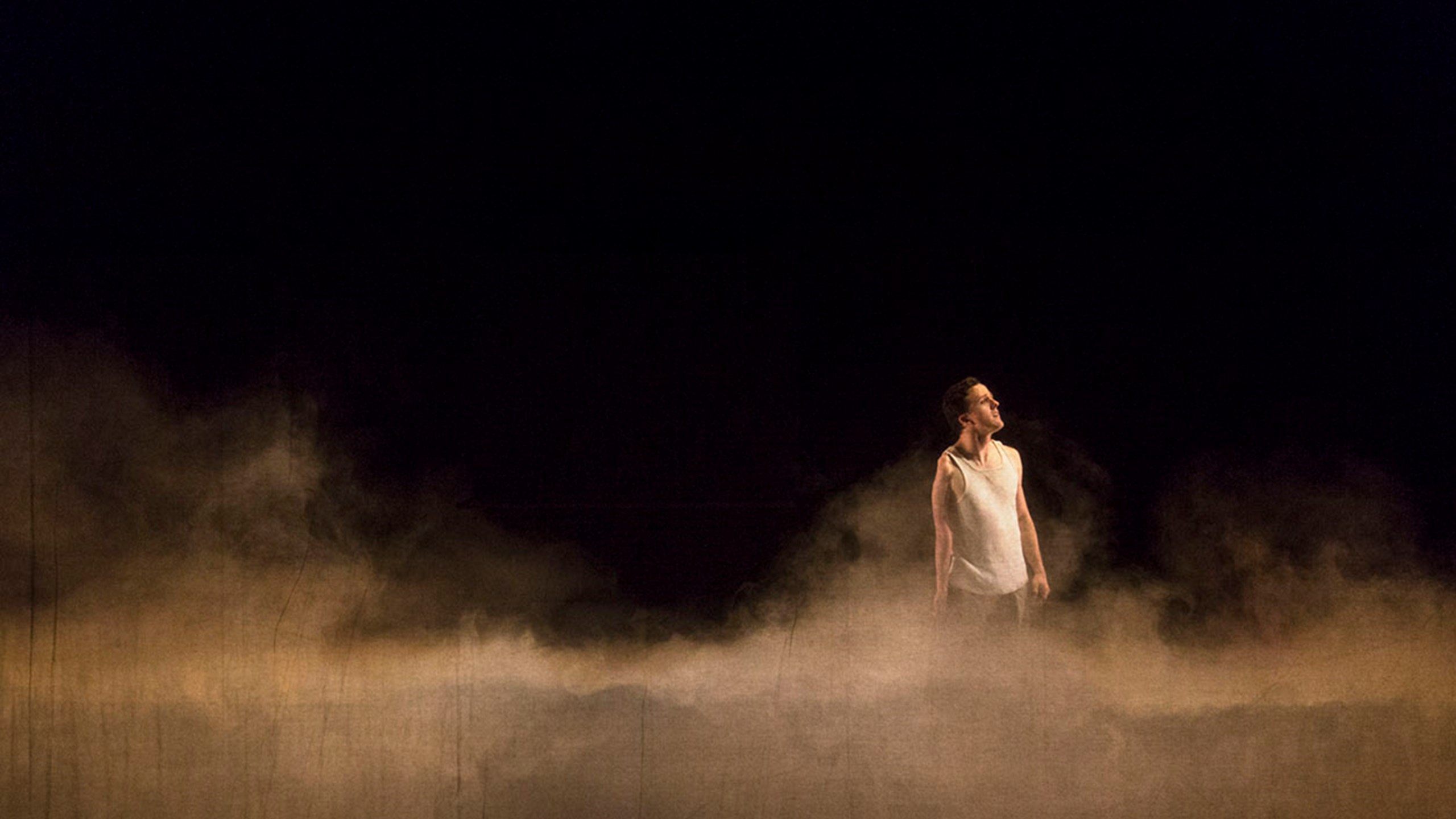 It’s a title that has been seared into popular consciousness, but it was not a name given at birth, nor a cheeky alias invented by well-meaning mates. It was not a scientific classification, or the carefully considered language of the politically correct. The ‘Elephant Man’ was the name of a ‘freak show’ attraction intended to be a sensationalist eye-catcher blazed across a poster. It was the name of a theatrical prop, a shocking, dehumanised, objectified spectacle. Yet, despite its ugly origins, this is a title that has all but eclipsed the name of its owner, Joseph Carey Merrick, for more than 150 years.

In part, it’s the perceived cruelty resonating within this name that has made Merrick’s story so enduringly fascinating. Born in the English city of Leicester in 1862, Merrick began developing physical abnormalities in his infancy. His skin thickened; his lips swelled, twisting his mouth into awkward asymmetry; his feet, hands and head became distorted by tumours and bony protrusions. By his teens, Merrick had severe deformities, caused by a condition that would come to be known as Proteus syndrome, warping much of his body beyond recognition. He walked with a pronounced hunch, his gait pulled to one side. His speech was slurred and laboured; gurgled words gnarled by a permanently skewed open mouth.

Discarded by his father after the death of his mother, he found himself in the appalling conditions of the Leicester Union Workhouse, only to be imprisoned by a vicious and manipulative showman four years later and exhibited as a ‘freak’ at one of the penny gaff shops in the London slum of Whitechapel. Treated with contempt and kept in a cage with baboons, his life had been a litany of misfortune and suffering. This might have been the ultimate fate of Merrick, if not for the intervention of a respected surgeon, Frederick Treves, who discovered the abused and destitute wretch at Liverpool Street station. Finally, Merrick could dare to hope. Under Treves’ protection, accommodated at the Royal London Hospital, he was finally treated as a man instead of a monster. As Treves described in his account of Merrick: ‘He is a gentle, affectionate and loveable creature.’ Despite all he had endured, beneath the tumours and growths lay a poet’s soul.

Or so accounts of Merrick’s life would have you believe.

Not all of the above story is accurate, but these are nonetheless the details found in various Elephant Man biopics. The line between fact and fiction is particularly blurred in Merrick’s case. As he could not commit his story to paper himself, accounts of his life are exclusively second hand. As such, our contemporary expectations of Merrick – most potently formed by the 1977 Tony Award-winning stage adaptation by Bernard Pomerance and the Oscar-nominated David Lynch film starring the late John Hurt – are more gothic melodrama than historical documentary.

Blurred as his story may be, Director Matthew Lutton has sought to sharpen the resolution between the truth of Joseph Merrick and the fable of the ‘Elephant Man’, in his latest collaboration with playwright Tom Wright. ‘The aim is to explore his story with multiplicity’, Lutton explains. ‘The nature of his character while he was alone might massively contradict the accounts of him as gentile or expressing humility. So the show places Joseph at the centre of every scene. He never leaves the stage and we never make someone else’s mind the subject of the action. It’s really important that we’re seeing a man that is at times aspiring towards gentlemanly graces, who is unbiased towards civility, but at the same time, a man that possesses great rage, a man that possesses a deeply analytical mind, a man that possesses a mind that makes strange associative leaps, someone that has as much confidence and crisis in their identity as we all do.’

In excavating a more credibly human portrait of Joseph Merrick, Wright and Lutton have inevitably unearthed the kind of emotional and psychological flaws that transcend physical disability. ‘Bringing in as many contradictions as possible to Joseph has been really important to the process of making this piece. We’ve found ourselves talking a lot about how historical depictions of disability are very saint-like – there’s a real sense of the holy mind trapped in a monstrous body,’ Lutton offers. ‘But there’s a scene in the play where Joseph suggests that there’s a fluidity that can exist in the mind. You can at one point be peaceful externally and yet deeply horrific internally. I think acknowledging that is a way of returning Joseph’s story to a more relatable, more tangible place.’

The Real and Imagined History of the Elephant Man is the third Lutton-helmed production in a series of adaptations of historically distinct narratives staged at Malthouse Theatre. In 2015, Wright and Lutton’s Picnic at Hanging Rock transplanted Joan Lindsay’s supernatural thriller, made famous by Peter Weir’s 1975 film iteration, from the sun baked crags of Mount Macedon to an icy Victorian parlour. Lutton placed Anthony Weigh’s reboot of Edward II in a timeless museum of love and obsession. As with these two earlier productions, wrestling Merrick’s story into a cohesive piece of theatre has been a collaborative process that has yielded some unexpected results.

During this process of discovery for the Elephant Man, it quickly became apparent that one major alteration to the production was required. Mark Leonard Winter had originally been cast in the title role, but as revealing a more authentic depiction of Merrick became the play’s central objective, using an able-bodied actor with no lived experience of disability seemed to contradict this ethos.

Enter Australian actor and filmmaker Daniel Monks. Paralysed on his right side at age eleven, after surgical complications relating to a tumour on his spine, the mobility challenges he faces are similar to Merrick’s, who was most severely afflicted on his right side also. Unlike John Hurt’s transformation in David Lynch’s film, Monks will not be covered with prosthetic makeup. Aside from adjusting his voice to match the idiosyncrasies of Merrick’s speech, his movements will be his own.

But beyond a simpatico physicality, Monks is excited to dispel some of the unhelpful tropes that often arise when disability takes the spot light. ‘In the Bernard Pomerance play, Joseph is portrayed as this very vulnerable, meek, feeble characters, which is a very common way of presenting disability on stage. It’s a kind of ‘Tiny Tim’ stereotype,’ Monks notes. ‘I don’t deny that he may well have shown those qualities, but everything we know about Joseph Merrick comes from Frederick Treves, so of course he would behave this way in front of the man who he relied upon for his shelter and survival. I, myself, have been entirely dependent on carers, and have been in hospital for long stints. I know what it’s like to have to be always grateful and not show any frustration or animosity, or anything negative at the situation or the fact that you’re having to be dependent. That doesn’t mean you’re not feeling those things profoundly. It doesn’t mean that underneath that surface there isn’t frustration and anger and heartbreak.’

Surprisingly, Monks has also found himself empathising for Joseph Merrick: the performer. The insistence that Merrick was coerced under duress to be part of a ‘freak show’ is one of the parts of the Elephant Man legend that stretches the truth. In reality, Merrick was far more business minded. He was keen to exhibit himself to make a living, and, in fact, initiated conversations with Tom Norman, the showman who first gave Merrick his iconic stage name. In essence, Merrick was one of the earliest examples of a disabled performer. ‘I feel like most disabled artists would easily find parallels between their own life and Joseph’s. For me, it’s a story that is about trying access a world that isn’t made for you, that’s not accessible or adapted for you. And yes, there’s a lot in this story about being isolated and alone—loneliness is an incredibly common emotion for people with a disability, and I can personally relate to that. But it’s also a story about resilience.’

This pivoted perspective offers a richer, morally complex viewpoint on Merrick’s life. The saccharine, sweetly melancholic depictions of the Elephant Man that have persisted for a century and a half may well have been masterminded by Merrick himself, projecting the traits that might best have helped him overcome so many hardships. It’s a notion that is cleverly woven into the fabric of Lutton and Wright’s production. ‘This narrative is problematic in many ways because as storytellers it’s very easy to fetishise and colonise this person. You’re asking him to be inspected. You’re asking to twist, exaggerate and misremember him. You’re asking to make a myth of the man,’ Lutton points out. ‘This show had to acknowledge that, but then turn the gaze back at the audience. This is not a one-way exchange anymore. If the audience is given 90 minutes to stare at Joseph Merrick, he’s given just as much time to stare right back.’ 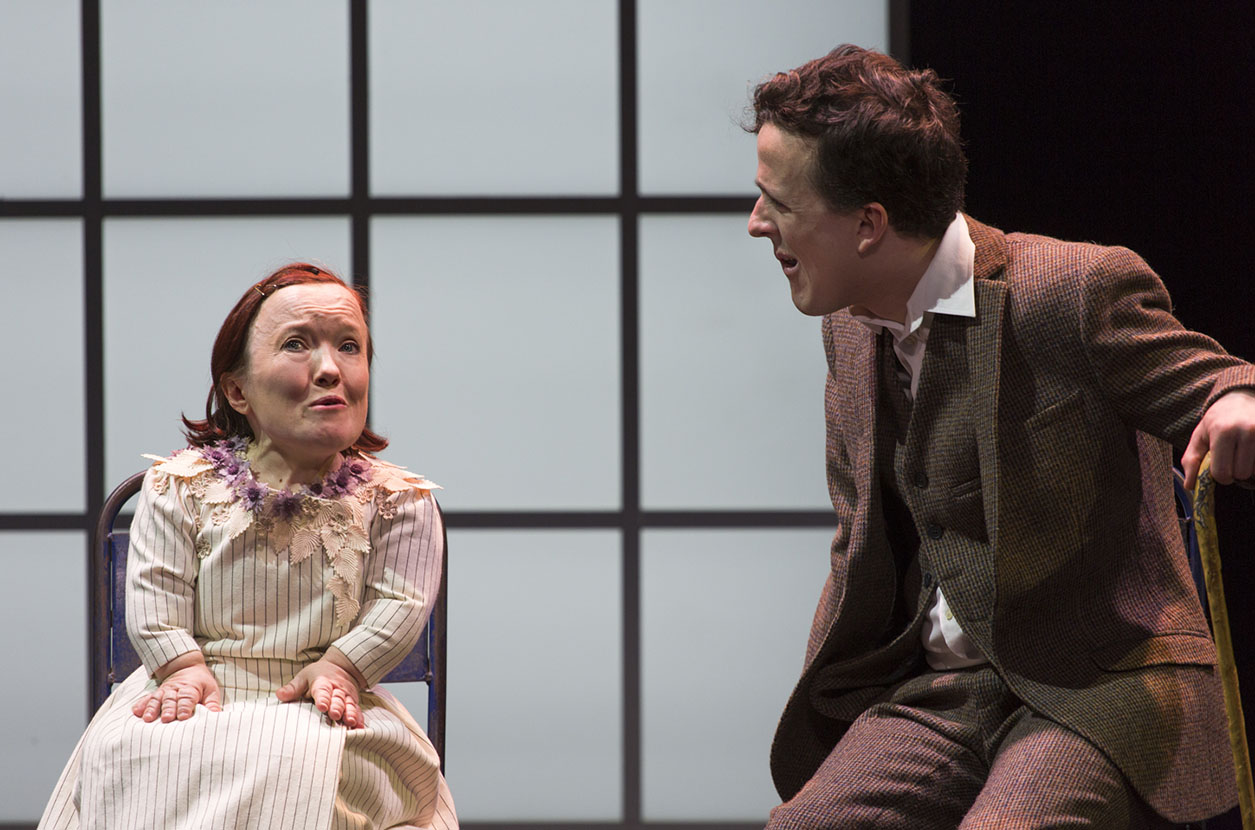