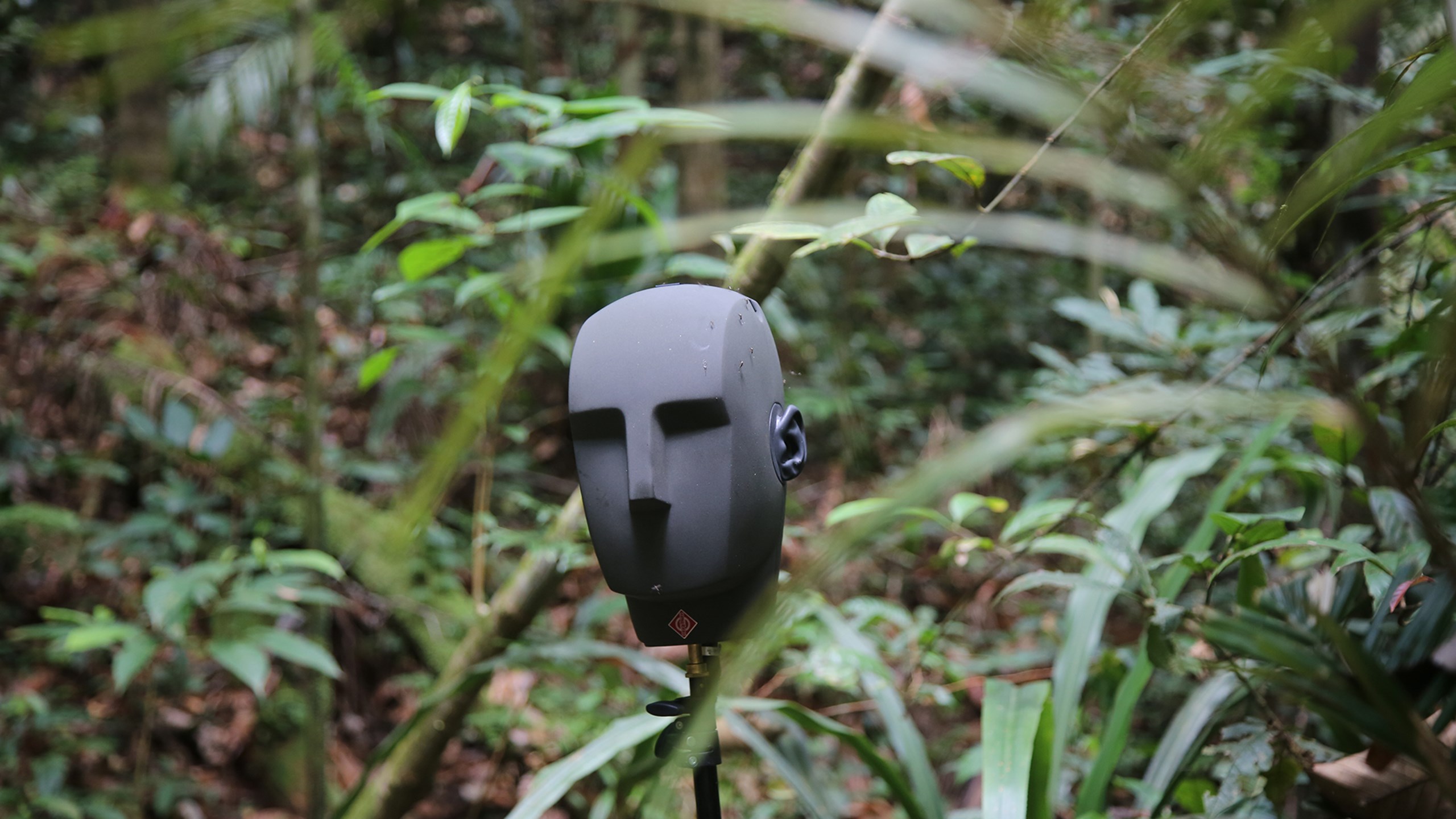 When making a piece of theatre I am, frequently, if not most of the time, in the dark. I truly do not know where we will end up.

We’re going to shut the door now and we’ll open it again in 20 minutes. Is that ok?
Yep, I guess.
Have you ever sat in total silence? In the dark?
I’ll be fine.

As a result of spending 63 days in silence on a Vipassana retreat, Yuval Noah Harari, the acclaimed author of Sapiens: A Brief History of Humankind, proclaimed it the ideal tool with which to scientifically observe his own mind. He came to realise he had no idea who he really was and that the fictional story in his head, and the connection between that and reality, was extremely tenuous.

Ok well... if you freak out then push this button and we’ll open the door.

The vast door to the anechoic chamber, which is, as the name suggests, a room without echoes, at the Building Research Establishment (BRE) in Watford, closes definitively behind me. The concrete walls are so thick no sound from the outside world enters your ear canals and the vast foam wedges that cover the walls absorb sound to such an extent that a clap becomes a tap.

Why am I here?

It is 40°C, my clothes are already sodden although we have only been here an hour. Or have we? I’ve lost track of time and I have no battery on my phone. In fact I don’t know why I have a phone at all given there is no signal here. We are sitting in the house of Lourival Mayoruna, the headman or ‘cacique’ of Marajaí, a village of Mayoruna people deep in the Brazilian Amazon, an hour’s flight west of Manaus and four hours by boat up the river Solimões.

Lourival, according to local protocol, talks to us as part of our welcome into the village—and has been doing so for the best part of an hour. The hut is crammed with people and sitting between us all like some 21st century totem is a binaural head, the microphone that records in so called ‘3D’.

Paul Heritage, head of People’s Palace Projects, who has lived for more than 20 years in Brazil, translates as Lourival winds down...

So you have come all this way and I have one question...

Lourival leans forward, looking me in the eye.

Why are you here?

I nervously lick the wet salt off my upper lip, and sweat stings my eyes as everyone turns towards me.

I think you need to reply, says Paul.

The sounds of the forest and the village become extremely loud all of a sudden. I clear my throat. The slight rising panic makes me realise the noise I am now hearing is the sound of fluids circulating in my head. And there is a high-pitched hiss caused by spontaneous firings of the auditory nerve. How long have I been sitting here in darkness? I squeeze my phone. Five minutes. I thought it was at least half an hour.

Where are you going?
To work on my show...
What are you doing?
Um... sitting in a dark silent room in Watford.
Why?
To see what it’s like.

I look at my son. He is four. I’m not sure he buys this answer.

When is Christmas?
A long time. Several months. When it is winter, when it will be cold again.
It was cold today.
Yes, ok, but not very cold.
Yes it was. I was cold.
You’re right, it was cold.
How long is several months?

I mutter something about moons and loads of sleeps. Maybe this high-pitched hiss generated by my auditory nerves is something more sinister. I should get my ears checked for tinnitus when I get out of here. How much longer?

I got it all, whispers Gareth, my sound designer, who looks even more sodden than I do in the Amazonian heat, unplugging the totem. I look round the room. Silence. I am not sure how it has gone down. In English the word rehearsal derives from ‘hearse’ which means to rake over. To prepare the ground. And one way for me to prepare has always been to perform or improvise a show I am making to those who have never heard it before. Because the story is not the show. It is not even the performance that is the show. The show is made in the minds of the audience. I want to know what they see. What they hear. I look at Lourival. He smiles.

We are moved by your story, he says. Your story about this man who was lost, but who survived. Your story is about many people, but it is also about us, the Mayoruna. And it tells us that others in this world know of the Mayoruna people. You tell the world that we have survived. Many have perished. We have survived. But whether we will all survive... that is another matter.

So is it funny?
What?
Your performance.

My son examines me. I glance at him sideways. Draw in my breath. The door suddenly creaks open and I am out in the Watford sunlight again, blinking. What greets me I don’t expect. It shocks me. It is a roar. So loud I want to block my ears. Traffic, voices, machinery, planes... industrial, all encompassing, unstoppable. The shock is that most of the time, I do not hear it because our auditory system blocks out our conscious mind. Our ears, without us asking, form a filter and help to create a ‘normal’ reality, but one in which we hear ‘selectively’. As with our ears, so it is with all our senses. Our eyes, our sense of smell, every way in which we perceive the world creates a gap between what is actually happening and the story we make of it. We see only what we want to see...

The technician looks at me inquiringly.

How was it?
Disorientating.
And how did that feel?
Familiar.