Provocation: The Logistics of Personal Storytelling or How I Stopped Writing Aliens 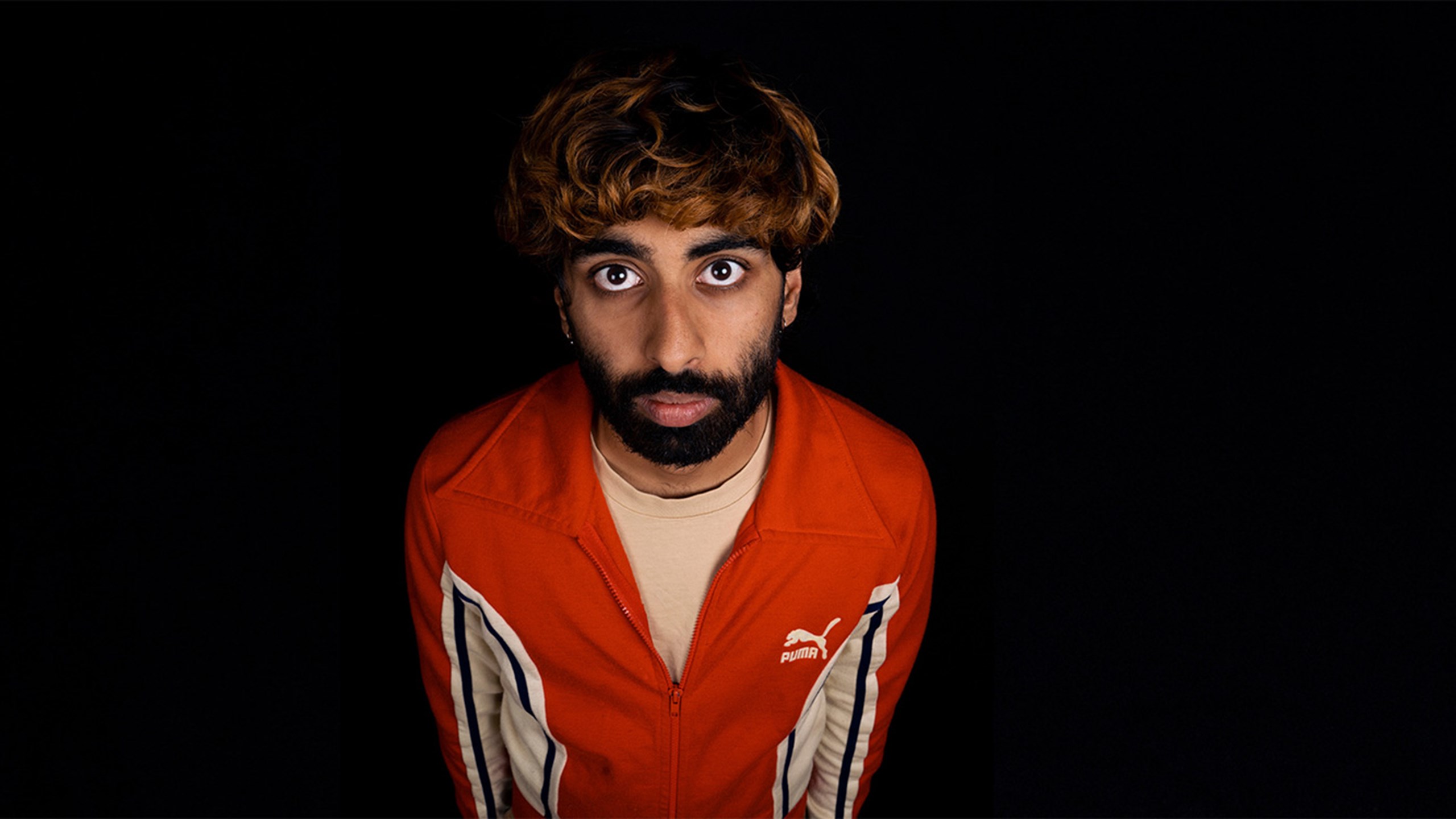 Screenwriter, comedian, DJ, and music producer Pavan Dutta reflects on what it means to see yourself in your collaborators.

In 2016, I was on the arm of a couch, relaxed, sipping a pale ale when one of my classmates (a non-brown woman who we will call Katie) barrelled over to me with unsolicited feedback about my script. We were in our final year of a screenwriting course and now at someone’s house for drinks after a workshop. I was 20, the only brown person in my cohort and I had just written about Indian people for the first time in my life. Until then, I was a mess of internalised racism and either wrote white characters or aliens. I was convinced white characters were easier to cast than brown ones. I must have believed even aliens had a better chance of being cast than Indians.

When writing a script for the screen or the stage, the advice is often given that writers should cast the characters in their head. You do this to help inform behaviour or affectations that colour your characters on the page, but I’ve always viewed this logistically. Who could I literally get to play characters that look like I do? Who? WHO? Not a single name came to mind.

Then I realised something crucial: most student scripts never get produced.

‘To hell with it’ I thought. ‘My characters are going to be Indian. Just like me.’

And now Katie was here giving me notes.

‘Do they need to be?’ she offered. ‘They aren’t even acting ‘Indian’’.

‘Wow, wow, wow’ I replied. ‘So, what you’re saying is, I shouldn’t bother writing brown characters, who were born in Australia and culturally mish-mashed because ultimately they aren’t brown enough? That’s a neat way to look at things. Truly it speaks to my pragmatic soul. It simply isn’t worth the effort to create brown characters that are effectively acting white, anyway.’

What I actually did was nod and say thanks, my stomach left unsettled.

‘I’m glad I could be helpful’ she beamed, before angel wings sprouted from her shoulder blades and lifted her into the heavens, having done the Lord’s work.

Looking back, I’d never felt more dissuaded from pursuing the arts than in that moment. I couldn’t point and say ‘Look, Katie, you moron, there are people just like me over there, there and there’.

The upcoming play Stay Woke, written by Melbourne’s own, Aran Thangaratnam, not only provides representation for an underrepresented audience in this city but it becomes a beacon for brown artists, signalling that brown creatives do exist here. Future writers can see that there are actors who can appear in their work, and conversely future actors can see there are writers out there creating work for them. Ultimately it all results in shutting up people like Katie.

Telling personal stories on stage requires seeing and interacting with people who look like you do. The writer needs that relationship to actors, but they also need connectivity to other writers asking these questions too. Personal storytelling often leads to an interrogation of one’s identity. The process of writing that script takes courage, and a resistance to embarrassment, because you’ll eventually have to workshop it with other people. The survival of the piece can depend on how it’s understood, and it’s simply untenable for brown writers to ask people like Katie to indulge their work.

Reflecting on that memory, I’m struck by the fact that a significant chunk—somewhere above 90 percent—of my adult life has been spent with people who don’t look like I do. My friends, my neighbours, my fellow artists. Thankfully, the majority of them aren’t Katies, but the effect of being surrounded by them is unfortunately still similar.

Not interacting with or seeing other artists who look like you on a regular basis is disappointing though manageable most days. It’s like being peckish for a certain food only to find your fridge devoid of it. ‘It’s okay’ you tell yourself. ‘I’ll survive.’ Some days though, it’s completely debilitating. You can’t make the thing you want. Seeing and interacting with artists who look like you do is ultimately a logistical necessity for personal artmaking.

My first experience of working solely with brown creatives in Melbourne was at the age of 24. Four years on from the last I saw of Katie. It was 2019 and I was performing improvised comedy with Aran and others who looked like we do. Although the medium of collaboration improv comedy is one of the most embarrassing things any adult can admit to doing, the experience was unforgettable. From the wings, I watched four brown people having a funny conversation with each other on stage. I had never seen that before. Then I stepped out and joined in and I’d never done that before. The feeling of being surrounded by brown creatives was distinct though it’s difficult to explain exactly.

‘I was finally calm’ is how I once put it to a friend.

The shows we performed also drew an audience of more brown artists to us. One even joined the group officially, while others became friends or at the very least a mutual follow on Instagram. The same thing will happen with Stay Woke. I hope brown artists will flock to it and meet each other, giving birth to the potential of future work.

Art is a conversation between its maker and its receiver. Stay Woke clearly isn’t interested in leaning into what people might expect from a brown story. Our improv comedy shows definitely weren’t leaning into that either (God knows what we were doing). I can’t comment on the messages Stay Woke contains because I haven’t seen it yet. What I can say is the mere announcement of Stay Woke has already sent a strong message. Walking down Sydney Road the other day, I came by a brick wall covered in Stay Woke promotional posters. The leading stars, Dushan Philips and Kaivu Survarna were looking right at me.

If that wall could talk it would say ‘Hey, there’s people who look like you do making a play at Malthouse’ and I would reply ‘Dope’.

The 20-year-old kid in me was jumping, pointing at those posters, buoyed about the possibilities of seeing and interacting with artists who look like he does. It no longer seems less likely to him than science fiction.

Pavan Dutta is a Melbourne-based screenwriter, comedian, DJ and musician. He is a member of Yes Ghandi, Australia's First and Only* all-South Asian improv team (*Feel free to prove us wrong. We'd love the company). He is a writer for the beloved Australian family drama Neighbours. He is also a DJ and music producer. He hosts weekly events at The Belfry on Brunswick St and is producing Kit Richards’ (Moosehead Winner 2021) newest musical comedy for Melbourne International Comedy Festival 2022. 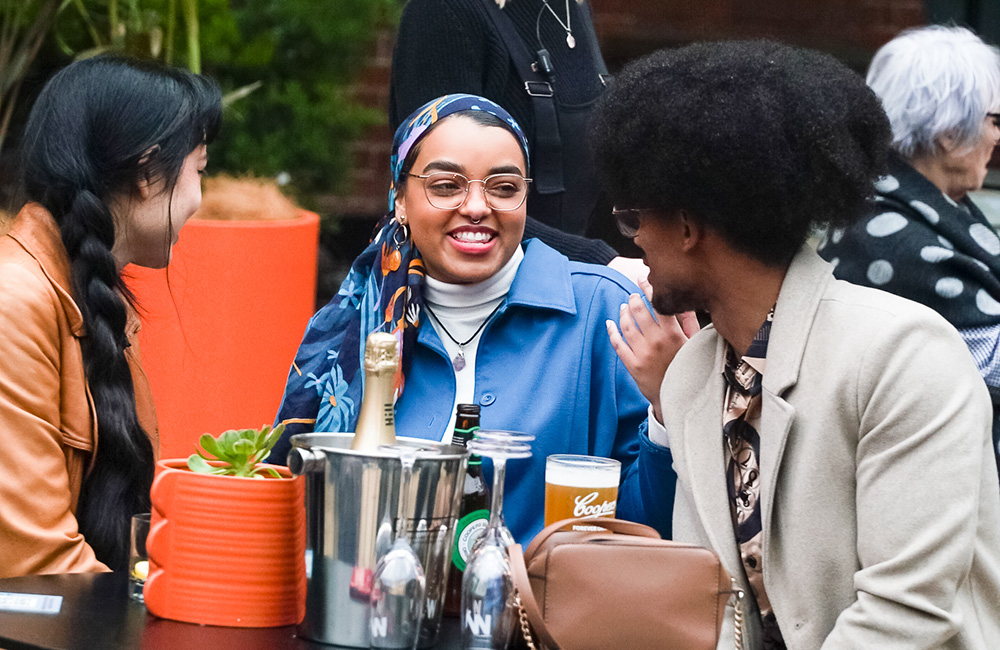