Provocation: Disagreeing with yourself and why it's good... Or is it? 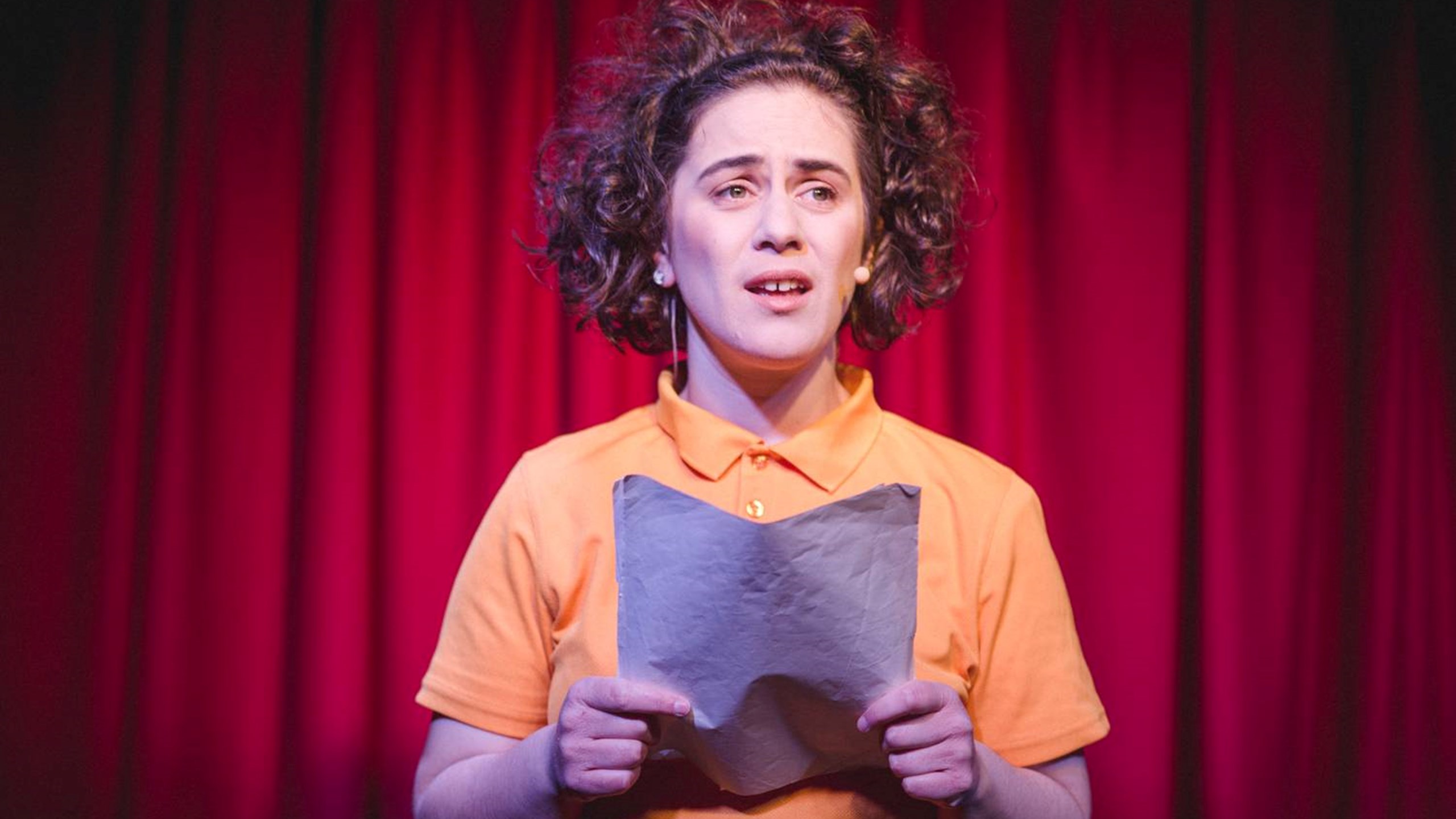 ‘How can this be? Were they all lying—were they PRETENDING to be CONFIDENT?’ DO NOT TRUST PERFORMERS. We are like politicians except instead of wanting power, we want CONSTANT ADORATION.'
Jude Perl on overcoming self-doubt and 'doing it anyway'.

Like most performers, I got my start at 13 singing and playing Lauryn Hill and Christina Aguilera covers on the piano, in front of an inconsistently adoring audience of mostly Jewish parents.

And if there’s one piece of feedback I have persistently received since my first step in front of an audience, it was that I need to BELIEVE IN MYSELF.

It sounds simple, and yet the more times I hear people say it, the less meaning those words have…I understand what they are TRYING to say. They are saying ‘When you are on stage, you must strive to be the absolute image of confidence.’ Nobody wants to watch a performer who seems unsure of themselves. Even if their shtick is that they are plagued with uncertainty, the audience needs to know that they are CONFIDENT in their TOTAL LACK OF CONFIDENCE.

JUST BELIEVE IN YOURSELF JUDE! 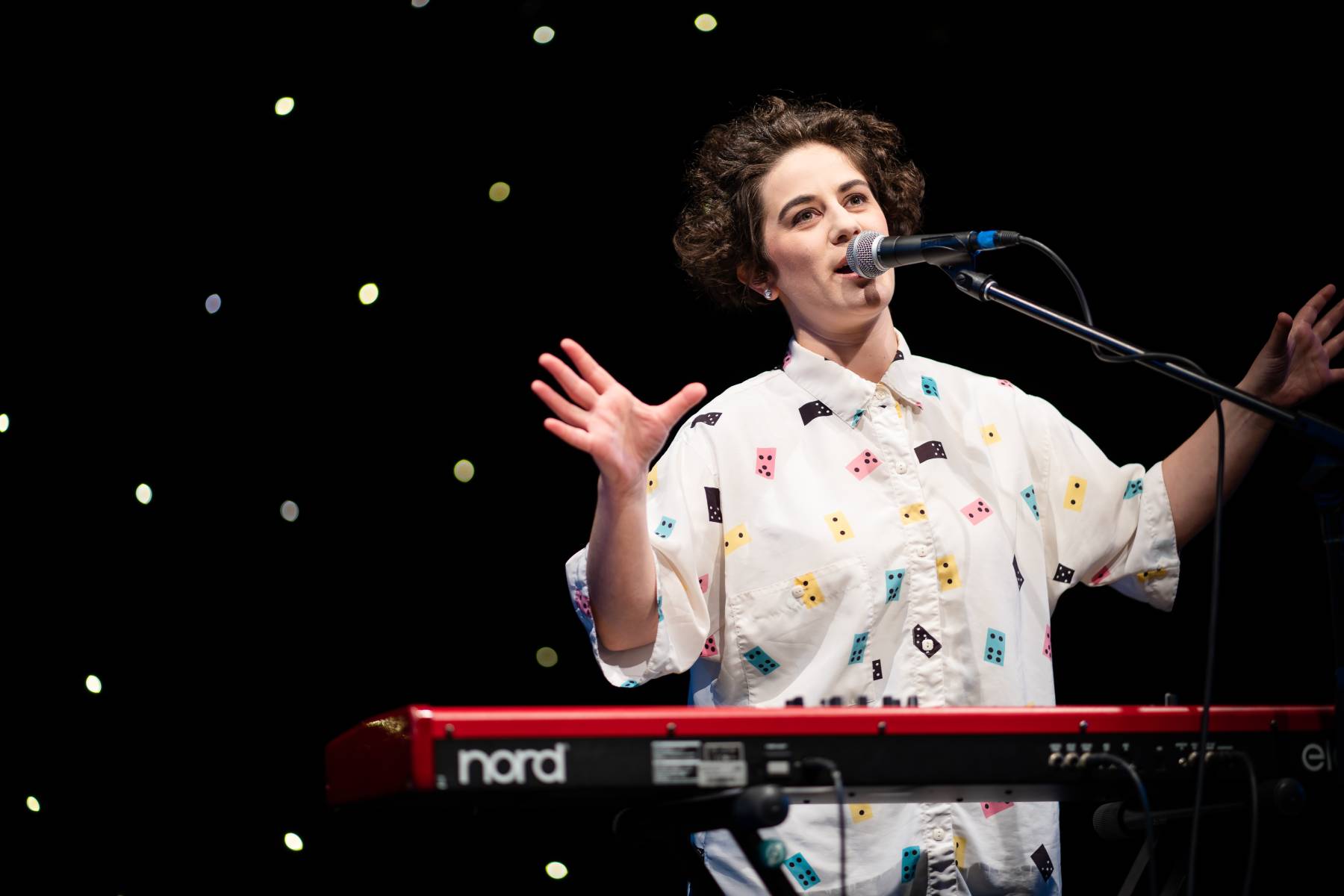 The secret has been out for a few years now that performers are actually sometimes quite crippled with self-doubt. ‘How can this be? Were they all lying—were they PRETENDING to be CONFIDENT?’ DO NOT TRUST PERFORMERS. We are like politicians except instead of wanting power, we want CONSTANT ADORATION.

In my early 20s, I flipped my personality 180. You can do this when you are a performer (liar). I decided that I was going to be that diva who believes in themselves NO MATTER WHAT. I wasn’t going to take any crap from anyone, or apologise for things that weren’t my fault, or even things that were my fault. I would sing Never Miss The Water by Chaka Khan to myself every day, imagining I was in that part of the movie where the protagonist was getting their life back together and no longer giving a crap what anyone thought of them. And when I was on stage I was like ‘EXCUSE ME I AM THE GREATEST AND DON’T YOU EVER FORGET IT!’ (Luckily I didn’t actually say that, I just thought it. Phew!)

And people started seeing POTENTIAL in me as an artist, spellbound by my newfound SELF-BELIEF. Industry types would strike up conversations with me and say ‘wow, you have so much confidence… I am wondering, how can I, someone who doesn’t know you very well, make money off that?’ I WAS FLATTERED.

So at this point you’re thinking, ‘Jude, it sounds like SELF-BELIEF and CONFIDENCE worked wonders for you and your career!’

And it probably was good for my career. But then I did something very stupid...

If I can give one piece of advice to music artists out there—it’s that you SHOULD NOT AGE. I DO NOT RECOMMEND IT.

And with AGE comes this other thing… I think people call it ‘LIFE EXPERIENCE’? And an unfortunate side effect of LIFE EXPERIENCE is that, against your will, you start to recognise that THE WORLD DOESN’T REVOLVE AROUND YOU, AND WHATEVER AMOUNT OF SELF BELIEF YOU HAVE OR DON’T HAVE.

You start to feel empathy from a REAL place. You see someone in pain, and you go ‘I have lived long enough to also know what that pain is like. I think I know what they are feeling—oh my goodness, if my pain is real, then that person’s pain might be real too. And now I’m connected to their pain.’ And before you know it, you have spent ALMOST A FULL MINUTE not thinking about yourself.

You MEET MORE PEOPLE, and realise that many of your fundamental beliefs as a person are based on sometimes NARROW and even #POTENTIALLYDAMAGING frameworks and ideals(!).

It’s the classic ‘The more I learn, the more I realise I don’t know’… And admitting you don’t know anything is the first step to your recovery. 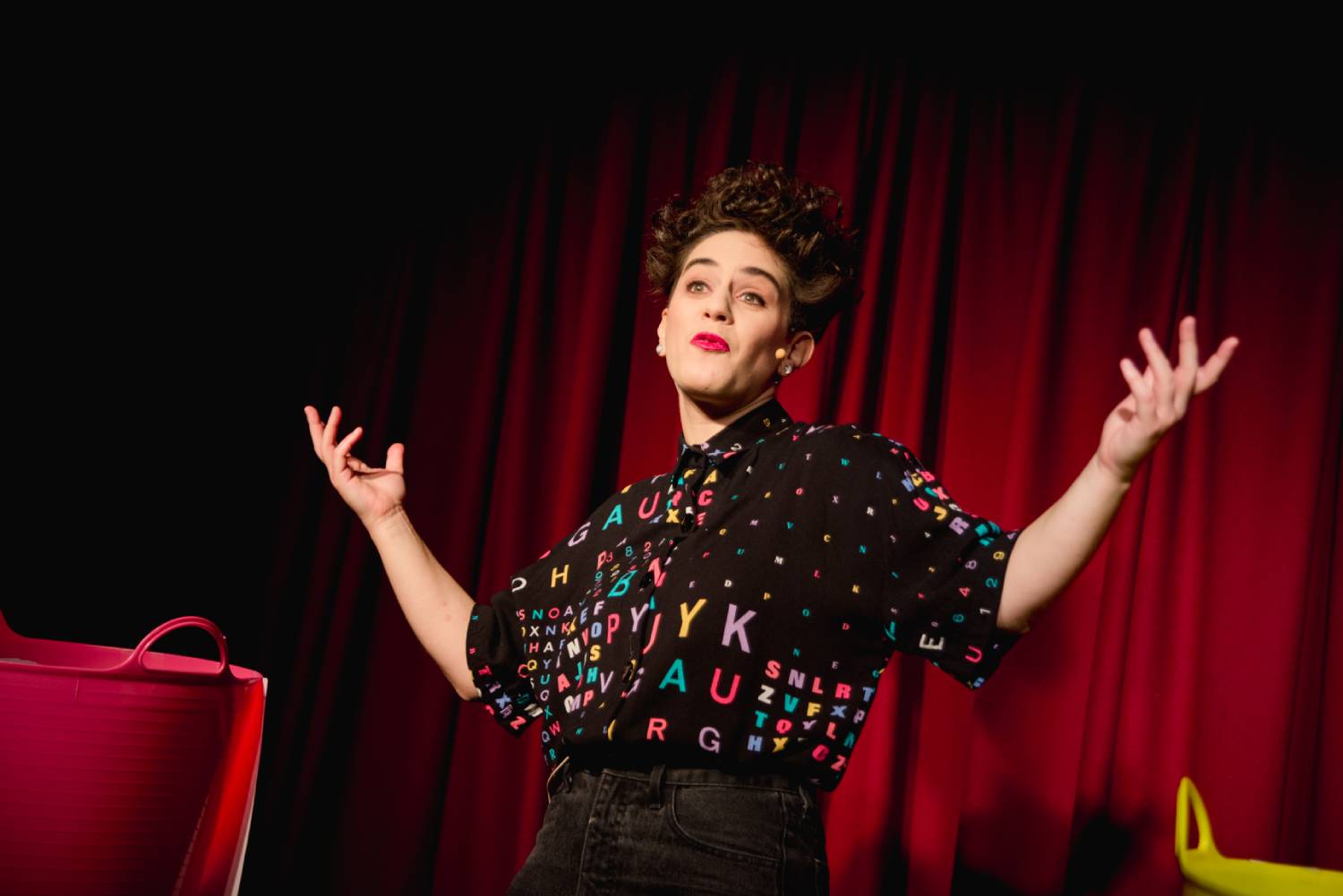 What people may not realise, is that self-doubt—or REFLECTIVE UNCERTAINTY, as I prefer to call it—has a powerful underside. The constant questioning of everything is often what drives us to create in the first place. My desire to write songs stems from my inability to make sense of the senseless. It’s the confusion and the swirly thoughts that lead me to the piano, thirsty to connect dots that are not easily connected. Without some reflective uncertainty—or CARBONATED HESITATION as I prefer to call it—we wouldn’t grow. As artists or as people.

Would it be nice if I could finish a sentence without disagreeing with myself halfway through? Sure. Do I get the pang of jealousy when I meet someone who is genuinely confident and doesn’t seem to be constantly haunted by every stupid thing they’ve ever said? Of course! Am I advocating for people to have MORE self-doubt? GOD NO!

But I couldn’t pretend to be someone I wasn’t for more than a few short years before my carbonated hesitation—or SLIPPERY INQUISITIVENESS as I prefer to call it—caught up with me.

And if, like me, you are someone who can’t seem to just answer a simple yes or no question without 18 disclaimers, I’m here to tell you THERE IS A PLACE IN THE WORLD FOR US.

This world needs a rich tapestry of character traits to keep this fragile eco-system of personality types going. Without people who have unwavering self-belief, who would fill our bookstore shelves with insensitive self-help books? And without people weighed down by self-doubt, who would ashamedly buy them?

Songwriting has been a gift in my life, if only to show people they are not alone in their ‘QUIRKS’. Of the six solo shows I’ve written and performed, the show that had the greatest response by far was the show where I was basically like ‘folks, I have NO IDEA WHO I AM OR WHAT I’M DOING’.

(This might say more about the other five shows? Nah, that’s just my slippery inquisitiveness talking! Or SASSY SKEPTICISM as I prefer to call it).

And reader, you're probably now waiting for the big moment, where I stand proudly atop a volcanic mountain and claim my self-doubt with the gusto and mightiness of Gandalf defeating the Balrog. Or like Rocky V's training montage in the snow, getting ready to fight a robot or vampire or something? I dunno I haven't seen it. BORING. There's nothing particularly inspiring to me about someone who unequivocally believes in themselves, going out and achieving things. The magic is saying 'I don't think I can do this' and then doing it anyway. That's the stuff of legends. On the surface maybe it's an inner critic, but underneath, it's also the drive to do better, to be better, to grow and learn. On the surface maybe it's self-doubt, but it might also be a little part of you that needs to be reassured that you're strong enough to handle falling over and getting back up again. And trust me, you are. If I can do it, anyone can.

Jude Perl has established herself as a comedian/musician/artist who presents ‘hilarious and painfully spot on observations’ (Plus Ones) mixed with ‘insanely clever and comical songwriting’ (Melbourne Observer). She has won three consecutive Green Room Awards for Best Original Songs, and her fifth solo show I Have A Face won the Best Cabaret award at Melbourne Fringe 2018.

Five Questions with Women of Soul 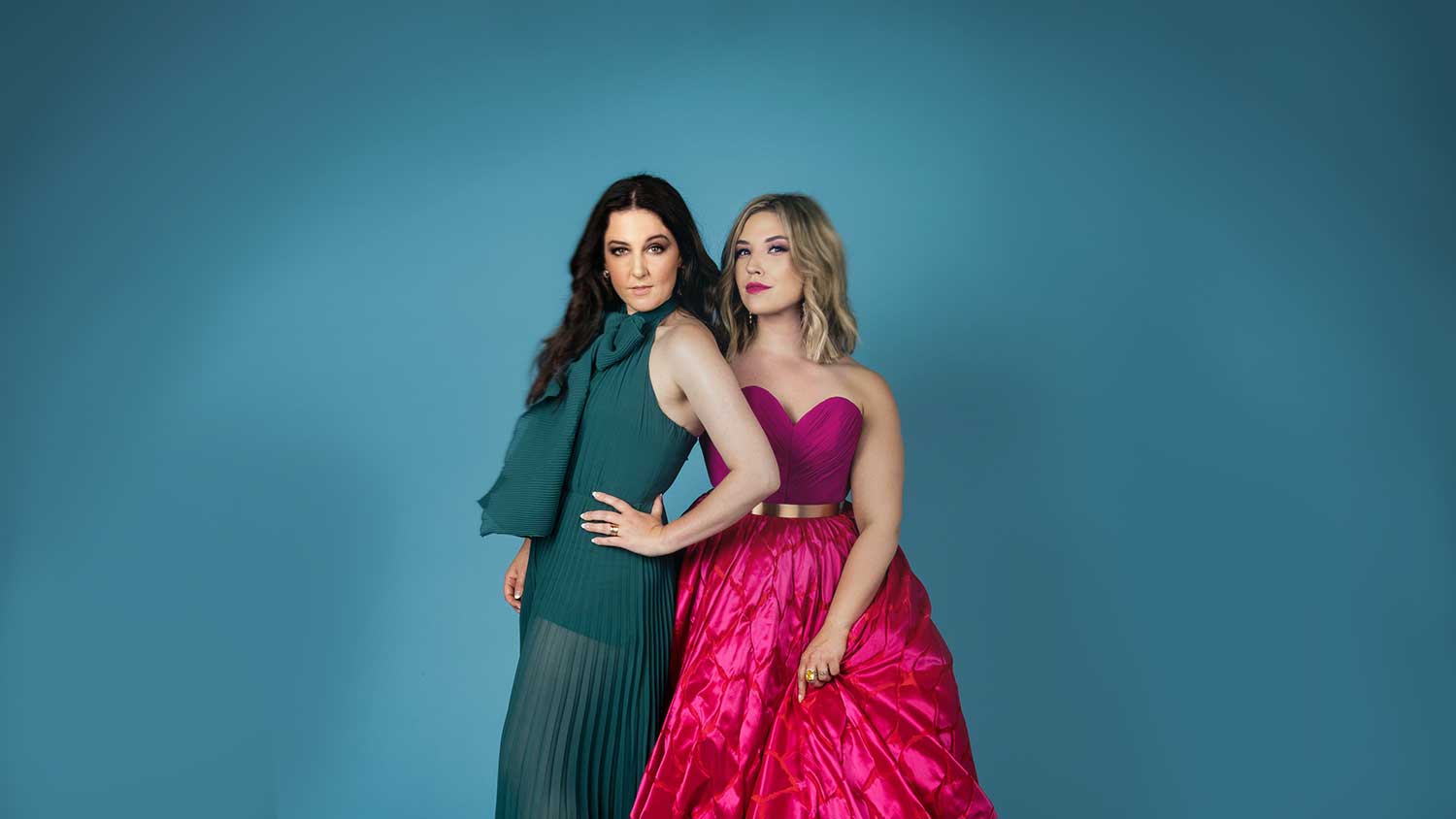