Provocation: A Brief Treatise on risk in the context of Malthouse Theatre 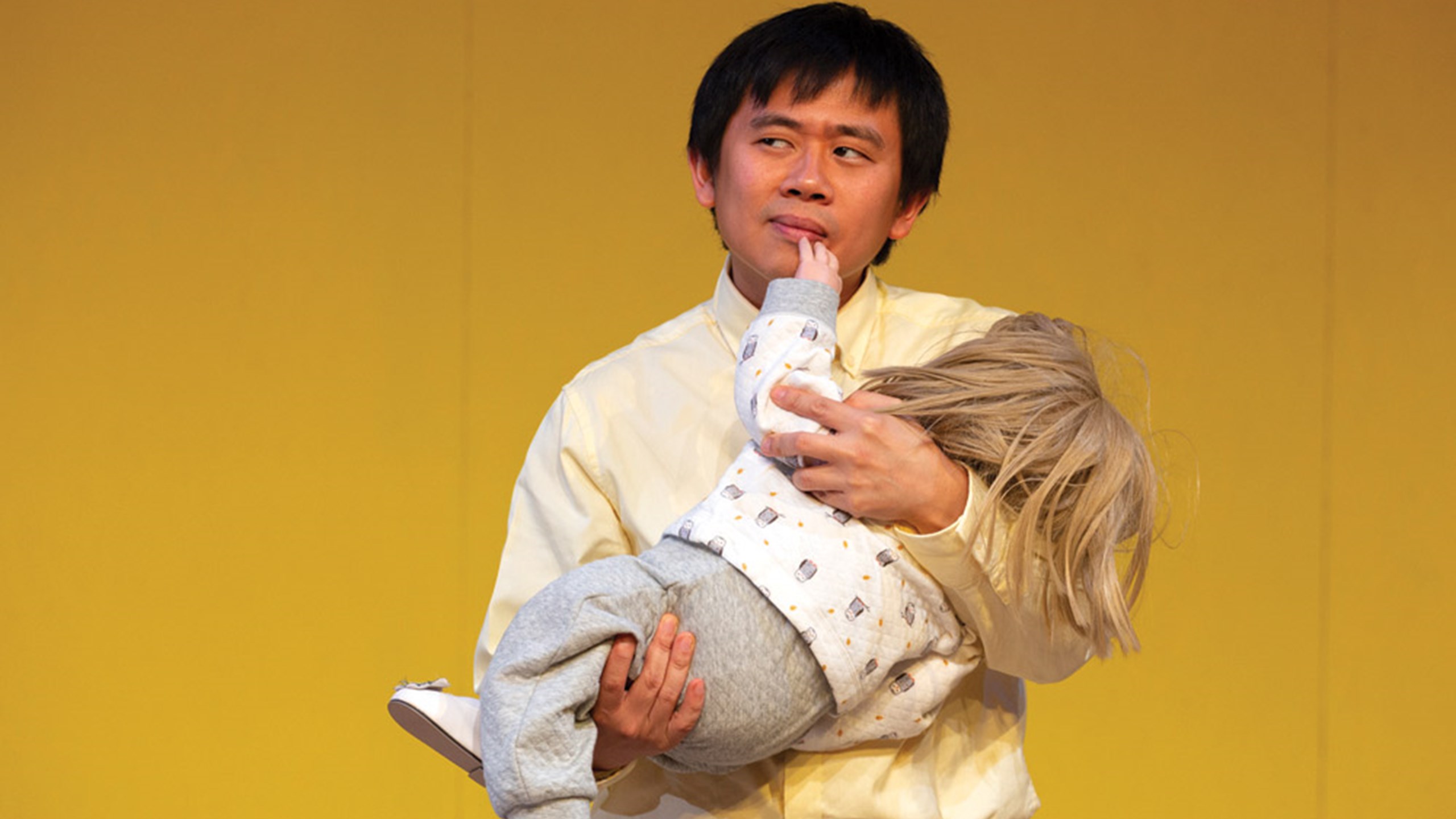 As theatres across the country start re-opening, our Executive Producer Sarah Neal offers speaks to the nature of risk in uncertain times.

Through risk we discover

Malthouse Theatre places risk as a defining purpose, and a (capital V) value when it comes to creative exploration. In this context, risk is central to our capacity for discovery, change and progression both on and off stage.

From a governance perspective, risk requires permission, and Malthouse Theatre's Board of Directors are committed to ‘prudent risk taking to back ambitious ideas’. Ambitious ideas are layered with varying degrees of risk, so embracing and effectively managing these risks is vital to serving the idea and not stifling the impulse for discovery. It requires a balance of professional experience, fine calibration, equal respect for success and failure, and sometimes, a deep breath.

Risk’s shadow is failure, but its driver is success

One of the core purposes of public funding of the arts is to support new voices, perspectives and forms, to enable risks that commercial operators necessarily seek to avoid. Yet many commercial successes are the result of development through public funding. Broadly speaking, governments devolve risk to avoid the taint of failure. Outsourcing risk offers the relative safety of arm's length engagement. This arrangement also feeds the narrative that businesses and NGOs are the only places where good ideas occur, but it’s useful to remember the direct involvement of governments in major achievements like the moon landing and the internet. Removing the risk of failure also deprives the opportunity for governments to share success.

This is not to suggest we need more government oversight. We have enough KPIs! What we don’t have is political cut through—relevance to government. If the arts is not seen as a voter concern, we simply don’t matter.

The value of risk

The ability to take creative risks is often portrayed as a luxury and/or a fringe activity which belittles its inherent value. Ideologically driven critics and commentators have used the denigration of the arts as a sport. It’s juvenile. It takes a level of maturity to champion the value of creative risk in the face of potential clickbait outrage. Public perception is political currency, so we need our leaders to be as comfortable with supporting risk in the creative industries as they are many other areas. Without risk there can be no breakthrough.

Planning and risk in a pandemic

Creative risk at Malthouse Theatre is driven by the provocations of the artists we engage; their ideas and their need to express them through theatrical forms. For audiences, the creative risks contained in the new works we produce have been framed within the structure of a subscription season. This structure is itself a fundamental driver of company machinations and has limited risk taking to explore other models. Until now.

This year, due to the impact of COVID-19 we have replaced our subscription model with a 'Malthouse Mates' program. Rather than signing up for a full year of shows, patrons donate a fee to gain early access to tickets as shows are announced. This model makes sense when there are limited tickets and an understandable reticence to forward plan. It also makes sense for Malthouse Theatre, as subscribers are a smaller proportion of our audience compared with the State theatre companies. It is a risk to make this change, but the devastation wrecked by the pandemic offers the opportunity to build something new.

Because The Night is a whole of venue immersive production that we’ve created in place of our usual season of multiple shows. After a year of heartbreaking cancellations, we sought a way to incorporate the risks and the uncertainties of operating in a pandemic, rather than continuing as usual, crossing our fingers and hoping for the best. The production will run for small capacity audiences over a longer duration than we would typically stage our productions, engaging two casts and a large team of creative and technical collaborators. It’s an all in approach that we hope will excite our existing audience and attract new people to the adventure of moving through a live performance at their own will.

Being able to implement this many operational changes relies on the collective intelligence of our artists, staff, board, audiences, and patrons for it to work. It also relies on the long history of creative risks taken by the company since it was formed in the 1970s.

We’re embarking on this knowing that it might not work. This is where permission to fail is vital. While we reach for success and commit to the hard work needed to get there, any number of micro and macro choices both within and outside of our control may derail our plans at any moment.

Malthouse Outdoor Stage (MOS) is a companion to Because The Night and provides a degree of balance to the financial and artistic risk of our mainstage production. MOS is a relaxed and accessible venue that can host a diversity of artforms in COVID-19 safe environs to reach broad audiences. Bringing new people into our yard is one step closer to welcoming them inside to explore further.

The retro-specta-scope is an instrument of torture. We can’t predict what’s going to happen or condemn our past selves for not seeing what lay ahead. An overnight catastrophe like a pandemic makes yesterday's ideas seem like folly. But if anything, the pandemic has shown us what our society would be like without the joy of live performance. This is perhaps the greatest risk of all. 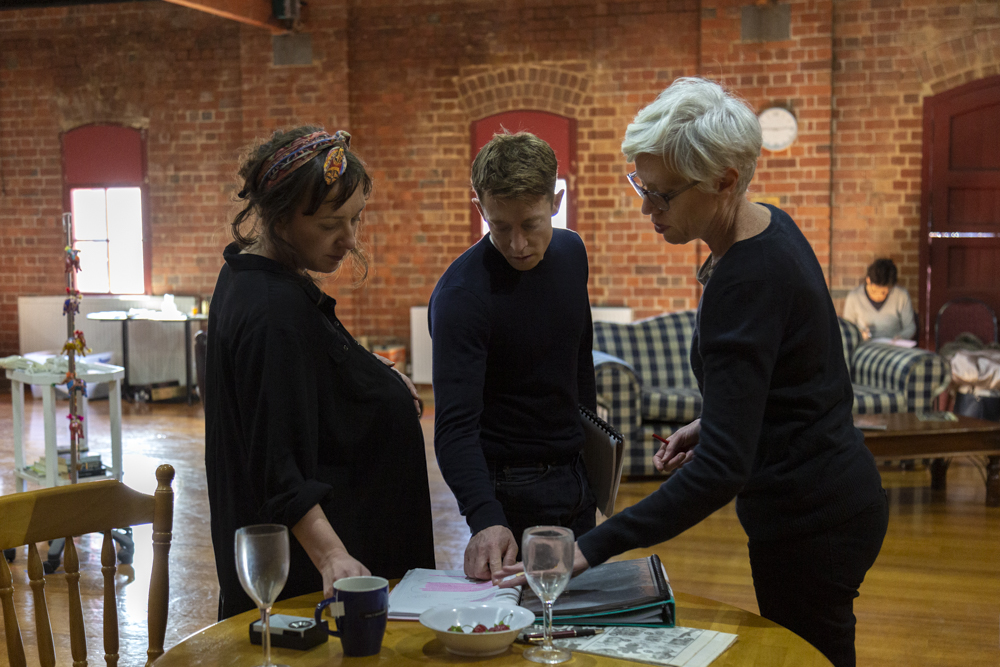