In Process: How Culture And Politics Transfers Between Generations

Vyshnavee Wijekumar reflects on her experience of watching Stay Woke.

I went and saw Stay Woke with my husband and my two cousins. This was the first time I had seen live theatre with my family, but given we all shared Sri Lankan Tamil heritage with playwright Aran Thangaratnam, I thought this provided an accessible cultural entry point for my posse of infrequent theatregoers. It’s rare to see Sri Lankan Tamil perspectives and experiences shared on Australian mainstream stages, but as seen by the success of Counting and Cracking, this is something communities and critics are craving, and can encourage traditional arts audiences to engage with typically white spaces. My husband and I are in our 30s, while my two cousins are in their 20s, mirroring the ages of the play’s protagonists Niv (Dushan Philips) and his younger brother Sai (Kaivu Suvarna), which was also an interesting coincidence. We sat front and centre in the second row, and I couldn’t help but feel excitement for what I was about to experience as the house lights dimmed.

Despite seeing a few musicals this year, this was my first foray back into live theatre post-pandemic, and what a debut it was. From the soundtrack of local and international hip hop acts playing as we entered, including Adrian Eagle and Lauryn Hill, to the Scandinavian inspired set, a bourgeoise Mt Buller ski lodge equipped with steadily falling background snow, this was quite the backdrop for Niv and Sai’s moment of sibling reconnection.

The Tamil centric references, including weighty parental expectations and disciplinary practices, had me and my crew laughing, and exchanging knowing looks and banter throughout. There was also a hilarious scene of charades, a staple of all friendly weekend getaways, equipped with 90s references, including a brilliant depiction of the Australian-Canadian co-production The Saddle Club. Frequent demonstrations of the signature dance move inspired by Silentó’s 2015 hit Watch Me (Whip/Nae Nae) also adds to the pre-pandemic nostalgia of nights spent out clubbing.

The show’s premise of exploring broader race, gender, and class politics through the relationship between two estranged brothers and their respective partners was an interesting one. The impact of the generational rift and proximity to his parents’ migration experience is apparent in thirty-something Niv. He clearly articulates Sri Lanka’s political tensions and has a chip on his shoulder stemming from unmet parental expectations. Sai, on the other hand, the golden child and still in his 20s, sees social discourse with more nuance and generosity, particularly when it comes to the politically incorrect blunders his white girlfriend Kate (Rose Adams) commits over the weekend.

Niv often takes a hard line, holding Kate to account at every turn, which adds fuel to the fire in his conflict with Sai. Niv’s partner Mae (Brooke Lee) on the other hand, who is non-binary and runs cultural awareness training for corporations, applies a measured approach to ‘educating’ Kate. They’re able to see the bigger picture, prioritising family ties, bonding, and good times over the ongoing squabbles over political differences. Plus, who wants to work on the weekend? 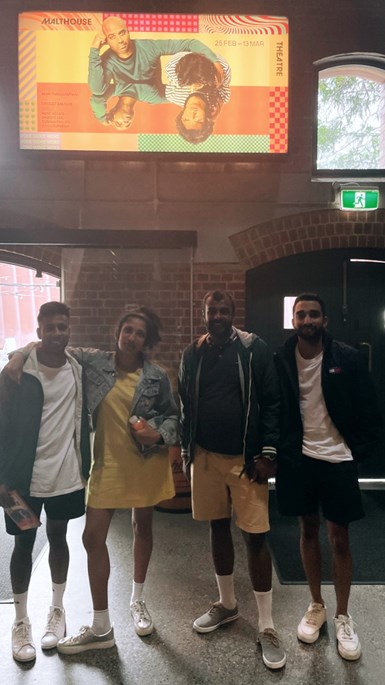 The difference in understanding contemporary social dynamics is where much of the tension lies in the show, and mirrors conversations in daily life and the media. At what point do we excuse mistakes for ignorance? And how much room do we allow for people to change? If Twitter and cancel culture are anything to go by, more ready access to information and the internet signifies increasing onus on individuals to stay up to date on social movements and frames of reference. And more often than not, as demonstrated by Kate’s feminist rant in the spotlight mid-show, advocates that are white and cis attain a more prominent platform and greater respect than their First Nations, culturally diverse, disabled, and gender non-conforming counterparts. On top of that, the onus is always on these communities to educate the masses about the importance of intersections.

But should people be constantly vilified for past transgressions? And shouldn’t we allow society time to unlearn and adapt to the evolving cultural parameters of our times? Personal accountability is important and so is the willingness to change. As Niv learns throughout the play, people are often a product of their life experiences, and dialogue on race and gender are markedly different in progressive circles, especially in the arts, compared to the mainstream. Working in the arts, I’m exposed to these conversations all the time, but for my husband and cousins who work in the corporate sector, though they read up on these issues, it may have been intense to confront these in a confined theatre space. I definitely felt conscious of this element of the show’s discourse as I watched the drama unfold with my family.

When the cast returns to the stage for their final curtain call at the end of the show, there is a moment where they scan the crowd, which has largely remained a homogenous mass of darkness throughout their performance. Before he exits the stage, Dushan (who plays Niv) looks the four of us straight in the eye. I often joke amongst my Sri Lankan friends, that we can often recognise another Tamil person in the crowd without speaking a word to them. That’s what that moment felt like—an unspoken bond forged through similar lived experiences.

Vyshnavee Wijekumar is a writer and arts worker of Sri Lankan Tamil heritage. You can find her on Twitter and Instagram @vylentfemme 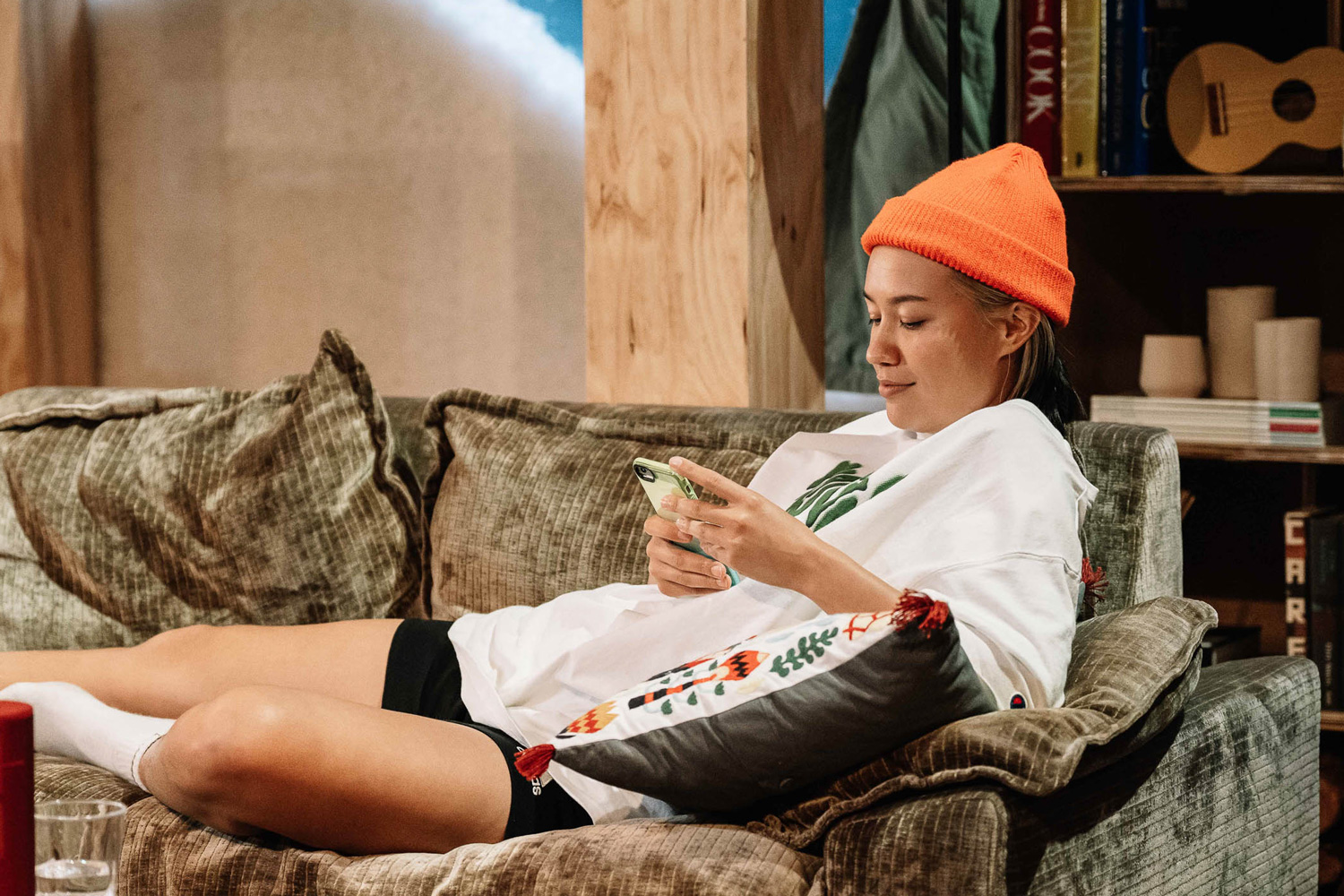