In Process: Getting Woke and Staying Woke 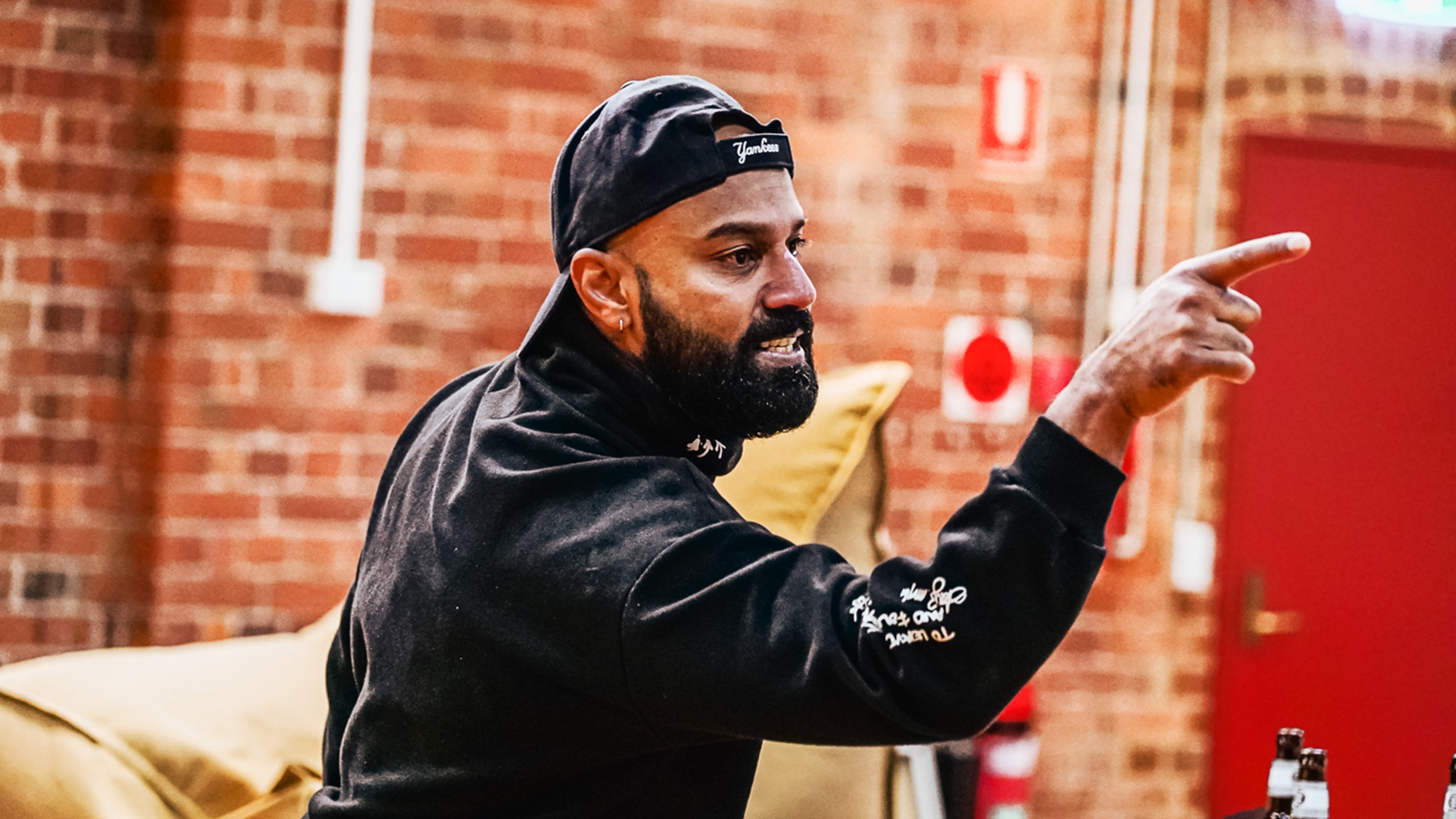 The term 'woke' has taken on a potent life of its own in recent public discourse, but its roots run much deeper, connecting back to the history of the Black Civil Rights movement in America. It's a piece of African American Vernacular English, and Aran Thangaratnam's use of the full phrase—'stay woke'—as the play's echoes the call by activists that we need to not just wake up, but stay awake.

As Martin Luther King Jr said in the spring 1968, just months before his assassination:

‘One of the great liabilities of history is that all too many people fail to remain awake through great periods of social change. Every society has its protectors of status quo and its fraternities of the indifferent who are notorious for sleeping through revolutions. Today, our very survival depends on our ability to stay awake, to adjust to new ideas, to remain vigilant and to face the challenge of change.’

Here in Australia in 2022 we've all seen these battles taking place in the public arena—celebrities, companies, politicians, and private citizens being taken to task about the depths of their political consciousness, the relationship between their words and their actions. The rules seem unclear, the tables suddenly turning, the power centres displaced, and our blind spots feel like they could be anywhere. Aran's play takes to a battleground that is even stickier to navigate: the space between family. It's a space where hierarchies are in-built, where old dynamics are hard to shake, where the people we want to become confront the roles we were born into. The challenge of speaking out is great, and the cost of speaking up can be high.

For queer people, there are many families we traverse. There's the one we were born into, and the chosen ones we've carved out for ourselves. For many of us, that chosen family is a place of truer self-expression, where we try on new selves with other outsiders, and imagine a new table that embodies the values we want to see in the world. Having found himself in his new relationship with Mae, Niv tries to build a bridge of sorts, and invite his younger brother, Sai and his girlfriend Kate, to their table. 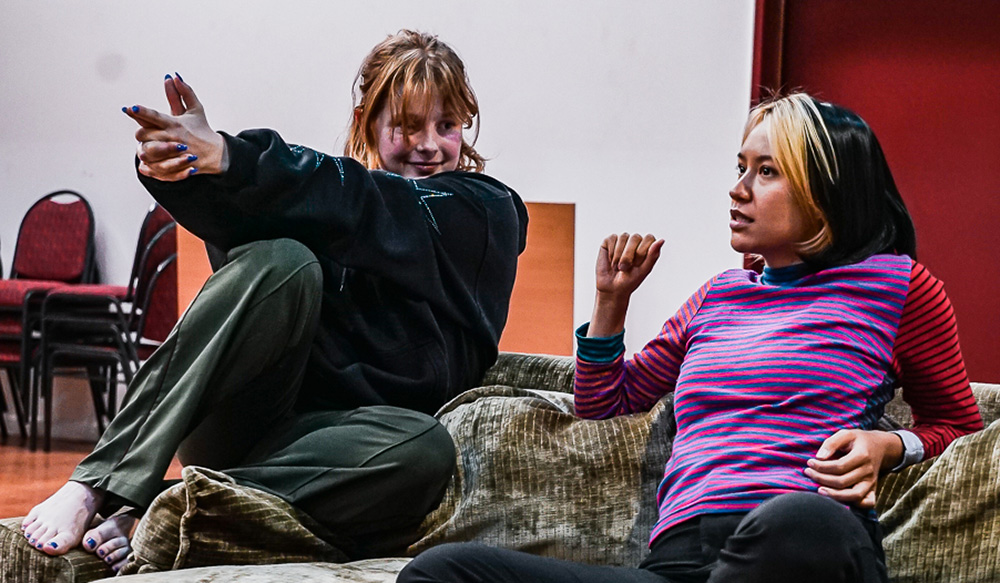 Niv's grievances are multiple—with his parents who never understood him, with the racism he experiences in the world, through the erasure of queer stories, and with Sai, who's life seems untouched by all these things. It has taken him thirty years to find a language with which to speak his truth to a brother who has never had his place in the world challenged. And while Niv tries to show off his growth and rewrite the power balance in their relationship, he comes to realise he's still got a lot of growing up to do.

How do we know if we’re awake or dreaming? As Damon Young writes in his 2019 opinion piece In Defence of ‘Woke’ for The New York Times:

‘to be woke, essentially, is to recognise and reject the damage power inflicts on the most vulnerable. And when the president’s only real purpose is to maintain the status of whiteness, he and his supporters have clear incentives for the rest of us to stay asleep…When I find myself giving the insufferably woke a hard time, I remember: Someone has to stay awake.’

Niv puts himself in the firing line, but he’s spent his life feeling no one is in his corner.

Stay Woke is not the polemic you might be craving (or fearing) on the state of our political moment. Aran offers us four characters with distinct experiences of marginalisation and degrees of political consciousness, but who represent no one but themselves. He takes them out to a cabin on the top of Mt Buller and locks them in for a weekend. As in life the result is messy, as they wrestle with their gut reactions, their blind spots. Their anxieties, aspirations, and bad habits. And it’s also absurd, improbable, sexy and stupid, full of juvenile jokes and meaningless battlegrounds.

They say words they don't mean. They make choices they later regret. They dance. They drink. They do stuff their parents would never do. And despite all the mess and damage, they keep trying to find new ways of getting along.

Mark Pritchard is the New Work Manager at Malthouse. He first worked with the company through the Besen Family Artist Program in 2013, before joining the artistic team the following year. Mark oversees all our play commissions and new work in development.

Provocation: The Logistics of Personal Storytelling or How I Stopped Writing Aliens 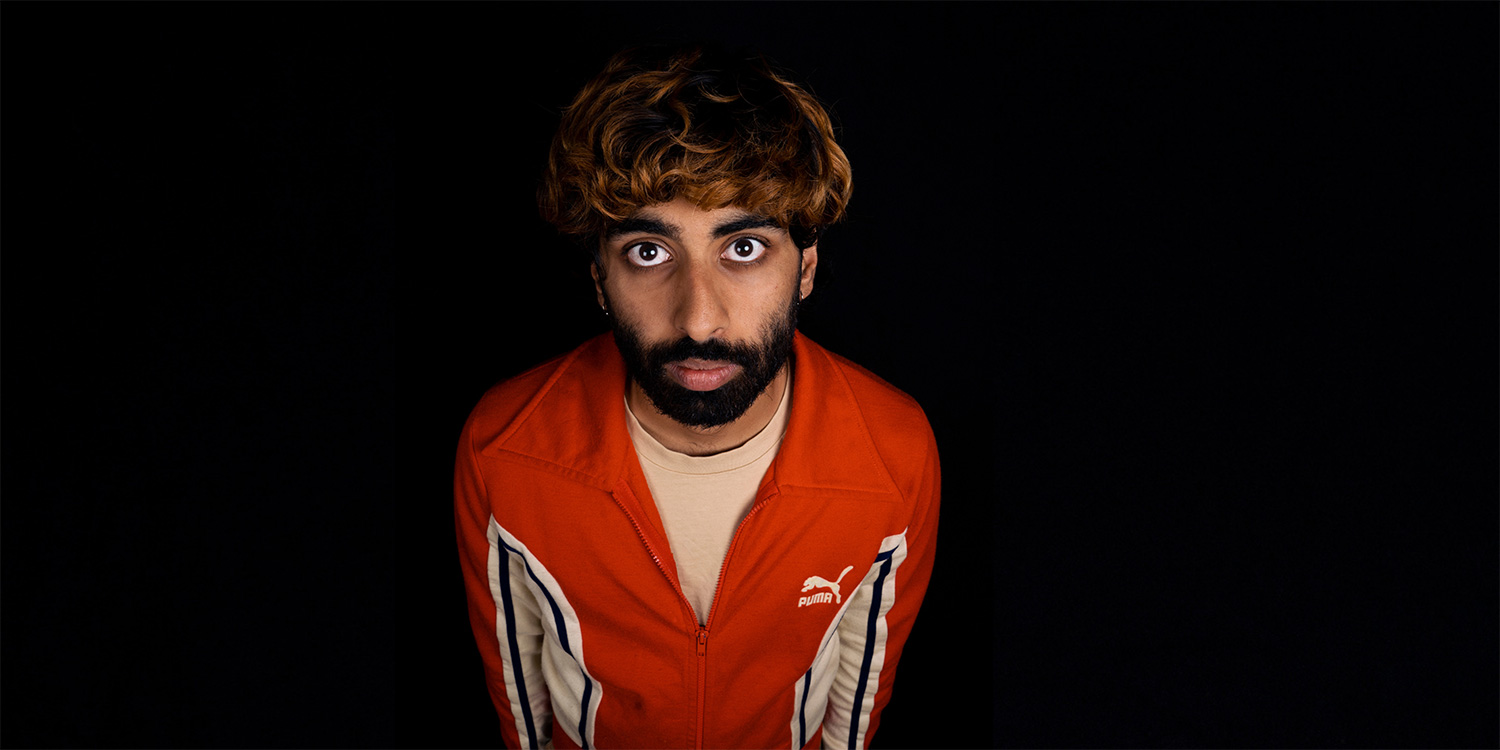