Going Down / Q&A with Michele Lee

In Going Down the character of Natalie mirrors you in a number of ways; she’s a writer, a Hmong-Australian living in Melbourne, and a young woman who has published a memoir called Banana Girl. Did you set out to write such an autobiographical story?

The initial concept was a Melbourne based Sex and the City in which not everyone was white. So, as in Sex and the City, there was a writer, who became quasi-autobiographical. Then, the Sex and the City layer dropped away. And because I had actually written a memoir—called Banana Girl—that material started to feed in. In writing Going Down, I was responding to some of the reception I had to the memoir. People had particular expectations about wanting to know about my Hmong background. That came from the Hmong community, but it wasn’t just them. More broadly, it’s part of an immaturity that Australia still has— people from migrant communities are expected to tell stories that are representative of that experience. I was deliberately pushing against that in Banana Girl and that wasn’t received well.

In Going Down, I wanted to explore that further: what do people want from an Asian woman writing a memoir? I hope someone watching can have a sense that there is more to my story than what happened to my parents. Even though, ironically, what happened to my parents becomes a strong part of the play. Natalie’s connection or lack of connection to her culture and her community is a really important absence in her life.

The tone of the writing, like Sex and the City, is very sexually explicit…

Yes, Banana Girl had a lot of sexual content in it, which reflected a particular phase in my life. The confessional memoir of a woman’s explicit experiences is an established form, but I was interested in the intersection of that with questions of culture and race. The sexual content is a part of saying that there is more to my identity than which country my family was born in. 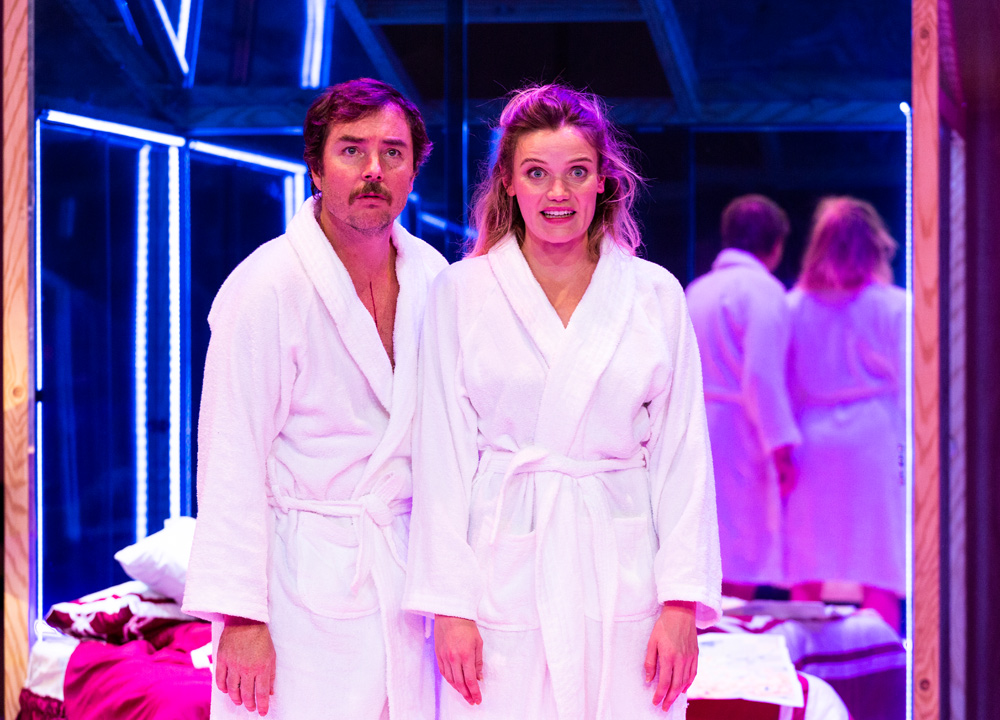