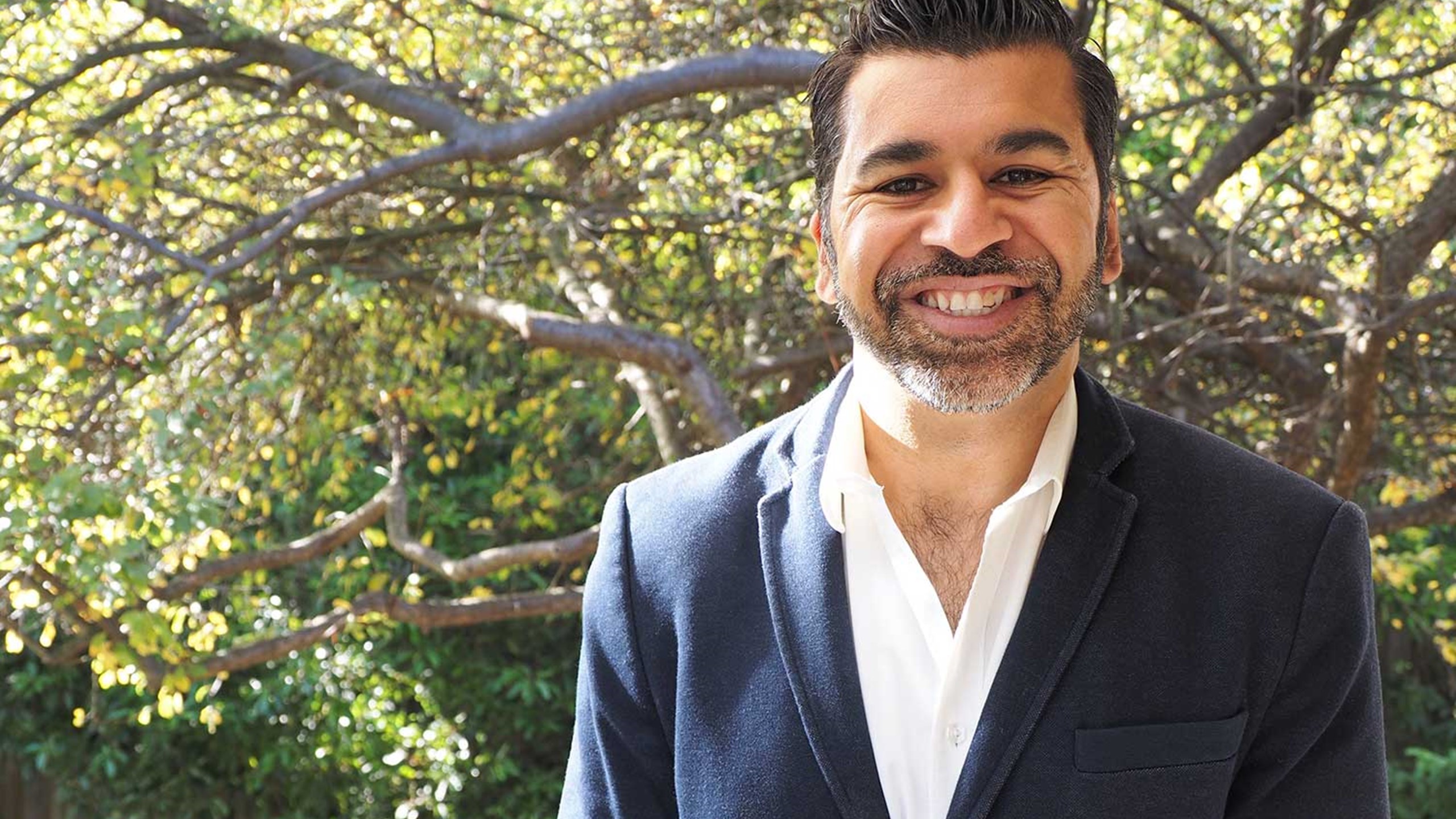 Sandeep Varma is the Founder and CEO of SAARI Collective, a next-generation media company and community that connects, amplifies, and showcases the stories of South Asian Australians.

What is it about working with young people that fascinates you?

Sandeep: South Asian young people are incredibly interesting! They’re great mirrors – they reflect this tremendous energy and optimism. They care for the world and are tech-savvy and much more psychologically astute than previous generations.

At the same time, they’re a mirror for the issues that exist in South Asian communities: intense parental pressure, the reinforcing of shame for being an outsider, and the perception of the need to conform and the harmful consequences of feeling like you’re forced to assimilate. These young people are experiencing and combating many different forms of stigma, sometimes battling a closed notion of community by seeking acceptance for choices and ideas like a broader concept of sexuality, true safety and equality for women and girls, the reality of climate change, and mental illness, and ‘alternative’ or more creative careers.

Many South Asian young people I’ve met want to continue to explore their culture, find the best parts, and integrate that with their own emerging values and identities. Those values can be quite different from their parents, so that journey can be difficult and it’s one that young people need a lot of support to travel through, so they emerge as the leaders they can be, and the leaders we really need. We owe it to them to work with them to share their stories, so they are seen and heard, but also so that their voices are included in decisions that are made about them.

What inspired you to create SAARI Collective?

Sandeep: When I first arrived in Melbourne almost 20 years ago, I did a university thesis on South Asian Australian identity in the media, and there was very little to be found that represented my worldview or the voices of a newer generation. In fact, the term South Asian, which is still emerging but is being recognised more and more now, didn’t really exist as a way people described their identity.

A few years ago, after a career as a speechwriter and a lawyer, I was working in communities across Victoria on a human rights and leadership project, and I met so many South Asians who felt ‘South Asian’ and kept asking the question – 'Why don’t we see ourselves here?' By that time I had also had kids, and was wondering who could be a role model to me as a progressive South Asian father but also to my kids as they navigate their own identity.

I talked about it with a friend and came up with this idea for a new media and storytelling platform and community to support generational change in representation and help South Asian Australians find their voice so they can go on to succeed, be outspoken, and bring more diversity to many spheres that need it in Australia.

Along the way, we went through a startup accelerator program and I learned that South Asians will become the largest minority group in Australia within 10 years. And for me that was the moment where I became fully committed. You can’t be what you can’t see—but in reality, South Asians will be everywhere in Australia and our stories need to be seen, heard, and celebrated as part of the fabric of Australia.

I’ve met thousands of South Asian Australians who are doing amazing things or full of brilliant ideas, often in isolation, and we needed a way to bring them together. I had secret hopes that SAARI Collective could eventually become a national platform, but what’s surprised me is that we’re nearly there already—with SAARI Collective readers and writers in almost every state and territory in Australia. I’m grateful that we can inspire so many people, as when I arrived in Australia I wished there had been something like SAARI.

What does ‘community’ mean for you?

Sandeep: Community is a place that’s familiar to you, where you’re seen and people know your name. I grew up in southern California with a really strong South Asian Community, so I’ve always valued that sense of being part of a community.

There are many types of communities, and we’re all involved in community on various levels – culturally, through our likes and hobbies, in our neighbourhoods or faith communities or based on our professional interests. But for me, a cultural community means a sense of belonging, a place you feel like home and your references make sense, where you feel supported, where the rhythms of how it works syncs up with the rhythm of how you work as an individual.

There are a lot of challenges in the world right now – from pandemic lockdowns, to the climate crisis to an epidemic of loneliness and mentally unhealthy structures in families and workplaces. I think community, and the sense of connection that comes with it, is part of the antidote to some of the challenges we face as a society. If small, committed, supportive groups of people are the only thing that can truly change the world then I see community as the engine room of change. And, it’s more vital than ever that we engage with and grow pathways for everyone to find a community where they can flourish.

Where do you see the face of Australian media changing?

Sandeep: South Asians are finding their creative voice in the media in places like the UK and US, and there is a nascent but growing sense of that in Australia. We’ve even had a few South Asian characters on Neighbours, while also having some amazingly talented South Asian Australians write, act, produce, create, innovate, debate, be influencers and advocate.

But what starts as visibility, at a basic level, needs to evolve into more nuanced and culturally-sensitive representations, and then grow beyond that to creation where we have ownership of our own narratives, and they are an accepted, or even celebrated part of the Australian story. We see that with Netflix shows like 'Never Have I Ever' by Mindy Kaling and Lang Fisher but at the same time, there are very few shows, books, films or theatre productions by South Asian in Australians that are created here and seen by mainstream audiences.

Recent research shows our TV news presenters, arts company directors and CEOs, politicians, and philanthropists are more white than anything else and so we have to nurture talented South Asians to grow into those roles and create the future where they can be seen first, and then accepted more broadly.

I’d love to see South Asian voices fill TV, movie, computer, and phone screens. There are so many creators starting out now and in time, I’d love to see a generation come up that represents and reflects Australia back to itself but also represents Australia across the world and see that flow back into South Asia itself. What’s super interesting is that South Asia has a very young population – there are more young people there than old unlike most other countries so there is a tremendous potential for collaboration between Australia and South Asia. Our creators can be that bridge on a cultural level just like athletes can be through sport, as we see during events like the Olympics or the World Cup.

What’s your vision for the future of SAARI Collective?

Sandeep: I’d love SAARI Collective to be an internationally recognised brand where people get their news, insights, and entertainment. Equally, the dream is for SAARI Collective to be a culturally safe, supportive home for South Asian Australian creatives, writers, innovators, changemakers, parents, and young people to get their start or amplify their voices. I’d love people and organisations to be excited to collaborate with us and our growing community of dynamic South Asians.

In the future, I’d love our community to grow to have the cool kids and the misfits, and the grandparents and artists hiding in corporate suits because they’re really not so far apart. I see SAARI becoming an international platform for South Asian Australians to learn and find their voice and then launch into the world. We plan to double down on supporting pathways to creative and media output, producing creative projects, collaborating on advocacy and impact work, and talking about what our community needs to hear even if it may be difficult. We want to make a difference in people’s lives in Australia by shining a light on issues, people, and ideas that don’t get seen as much as they should.

For our impact, I imagine a world where South Asian Australians can navigate the challenges of their identity in a supportive space—inspired by stories of a huge variety of different South Asians in an Australian context, and be encouraged to take risks to live their dreams or tackle, with the backing of a community, the most pressing issues we face together. 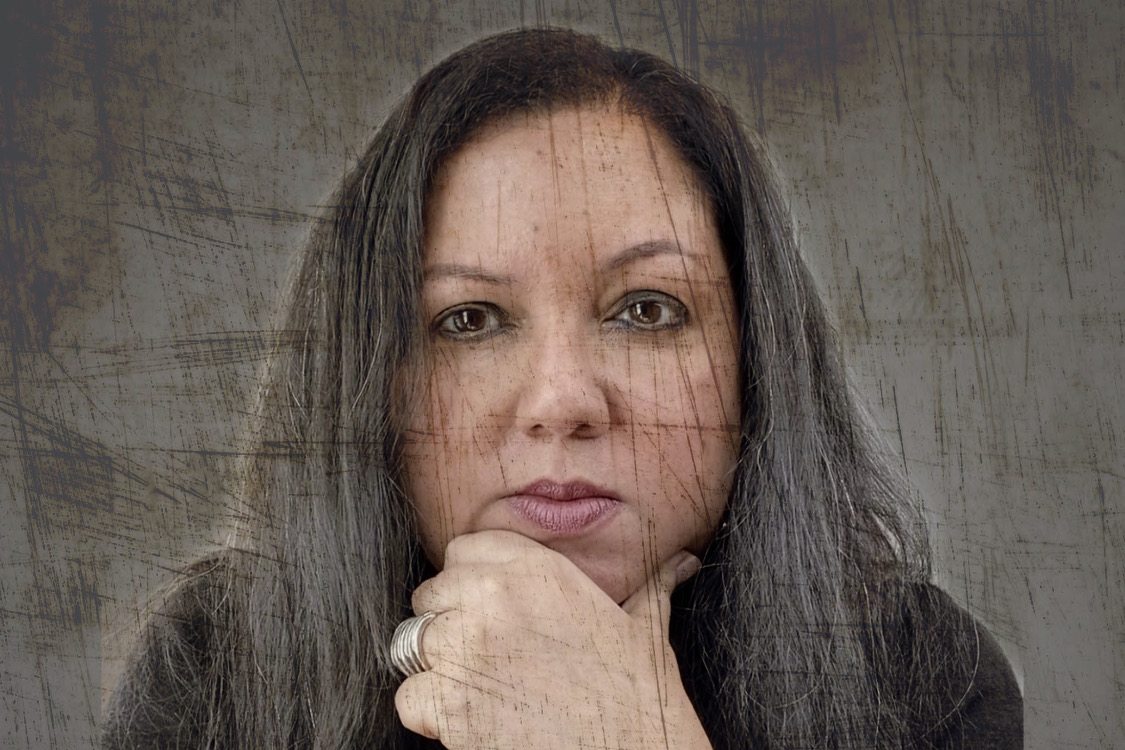