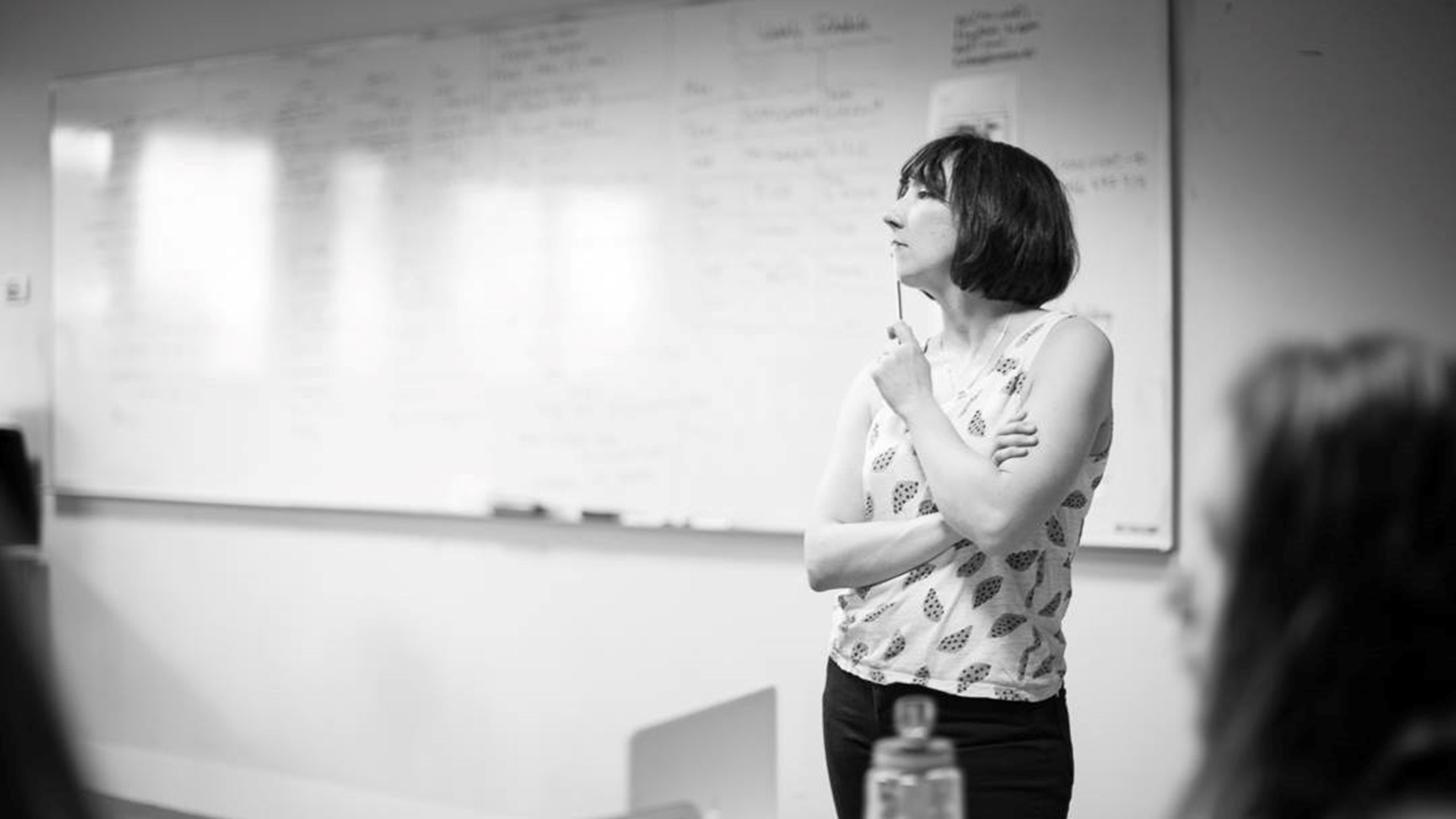 'If we say that we want ‘new voices’, we must honour what they want to say and how they want to speak.'
Bridget Balodis shares her observations from directing new plays that break the mould.

It started with saying yes to things

In 2013 I started a collaboration with Rachel Perks, a non-binary playwright. Rachel brought me a script that was about a woman who’s queer but closeted, filled with rage and who (maybe) kills a man while she’s out for a jog one night.

There were also monkeys from outer space.

Rachel wasn’t sure about the monkeys—they’d be easy to cut—but I said yes, let’s keep them. Early in our careers, neither of us were sure why the monkeys had made it to the page, but they were there and we intuited that they must remain. The resulting show, ANGRY SEXX, sold out and Rachel’s script won an innovation award. For me, that was the beginning of learning a new critical lens, a new dramaturgical approach.

From there I tried to bring more ‘yes’ to my work with new writers; by which I mean I tried, and continue to try, not to inhibit what a writer is ‘allowed’ to put in the script. Sometimes, in development, I will even take something that a playwright has offered as a joke or in passing and say ‘let’s keep it’ or ‘let’s try it’ (because I feel that on some level, they weren’t actually joking).

‘Yes’ has been an integral part of working with Non-Binary and Women writers. ‘Yes’ because these are voices that sometimes find themselves at odds with traditional playwriting and if we say that we want ‘new voices’, we must honour what they want to say and how they want to speak.

The ‘Yes’ also comes from an acknowledgement that metrics and critical history exist for what makes a ‘good play’—but that historically ‘good plays’ turn out to be overwhelmingly written by people who are cis-male and white. A playwright like Perks recognises their experience as pretty much absent when it comes to lists of ‘important work’ and then, in spite of that, they continue to say ‘yes’ to themself and their creative impulses. My job as the director of Rachel’s plays (and those of other playwrights) is to preserve that effort and that risk they’ve taken—as it contains their truth.

Rules for breaking the rules

Don’t get me wrong, the traditional tools of drama are genuinely great things, and useful—they are part of my training and they are things I turn to all the time. However, the more I found myself saying yes to particular rules being broken, the more I noticed they were often being broken in similar ways.

There were things that came up again and again in Rachel’s work and the work of other writers I was working with like Amelia Chandos Evans, Michele Lee, Emilie Collyer, Morgan Rose, and Ra Chapman. Gathered together as principles, they give us a way of reading and understanding the work of a particular strand of contemporary writing—from writers who are all Non-Binary, Queer or Women.

A writer may use a couple or all of these principles:

• The writing process itself is deeply intuitive
• Themes of impermanence, multiplicity and complexity
• Themes to do with secrets or shame often around the body
• Exploration of the performativity of gender or sexuality
• The play may deny the notion of ‘truth’ as being clear and legible—instead suggesting a murky, complicated, truthless world
• The writer tries anything, and is ready to ‘fail’. They tend towards unconventional writing modes and forms, frequently writing ‘unstageable’ scenes, and messing with everything down to the literal formatting on the page
• Protagonists are not cis-gendered men and/or heterosexual and/or white
• In fact, the play may challenge the whole idea of the single protagonist. Instead the ‘action’ of the play may be about a collective experience or a collection of people
• There may be rejection of linearity and plot ‘logic’. You may see traditional ‘plot’ being used as a means to an end—simply a framework on which to hang shimmering and devastating moments between people. The plot (as a patriarchal device for organising an emotional journey) may even deliberately fall apart or cheekily allude to your expectations for it
• Subversion of language, signs, tropes and symbols. The writer is in some way reclaiming what feels oppressive to them. This could be in terms of language, genre, history, gender etc
• The play may reside in a highly specific and special world of inside the head or heart. This could be the literal head or heart, but usually not, more likely it’s a place where fantasy and memory are easily accessible or occur simultaneously with reality
• In this world, traditional binary lines may blur without being explained (life/death, man/woman, reality/dream). There is a suggestion that these boundaries do not actually exist
• Amongst this blurriness, the actual politics or argument of the play might be spoken directly, without being concealed in metaphor or symbolism. This is so the exercise of watching the play is not to ‘decode’ the argument but to enter it fully

A big part of my role as director or dramaturg on these plays is paying attention to what is presented, interrogating why things are the way they are and then honouring them as intentional and valid. I think as theatre practitioners who work with new work it’s important to measure and reassess our reactions to new writing, especially if it is quite challenging: writers who use any kind of alternate dramaturgy or process are intentionally writing outside the ‘rules’ in order to better access and present the truth of their own lived experience.

I will continue to work with Rachel and we will continue to say yes to monkeys when they appear. It takes practice and effort to look beyond the rules you know and in my experience it’s difficult to back yourself based on your impulse or intuition alone. And so I will continue to write about the work that I’m making with new writers. My hope being that in finding more vocabulary for alternate dramaturgies, we can critically contextualize them—to better support new voices, and learn how to hear them. 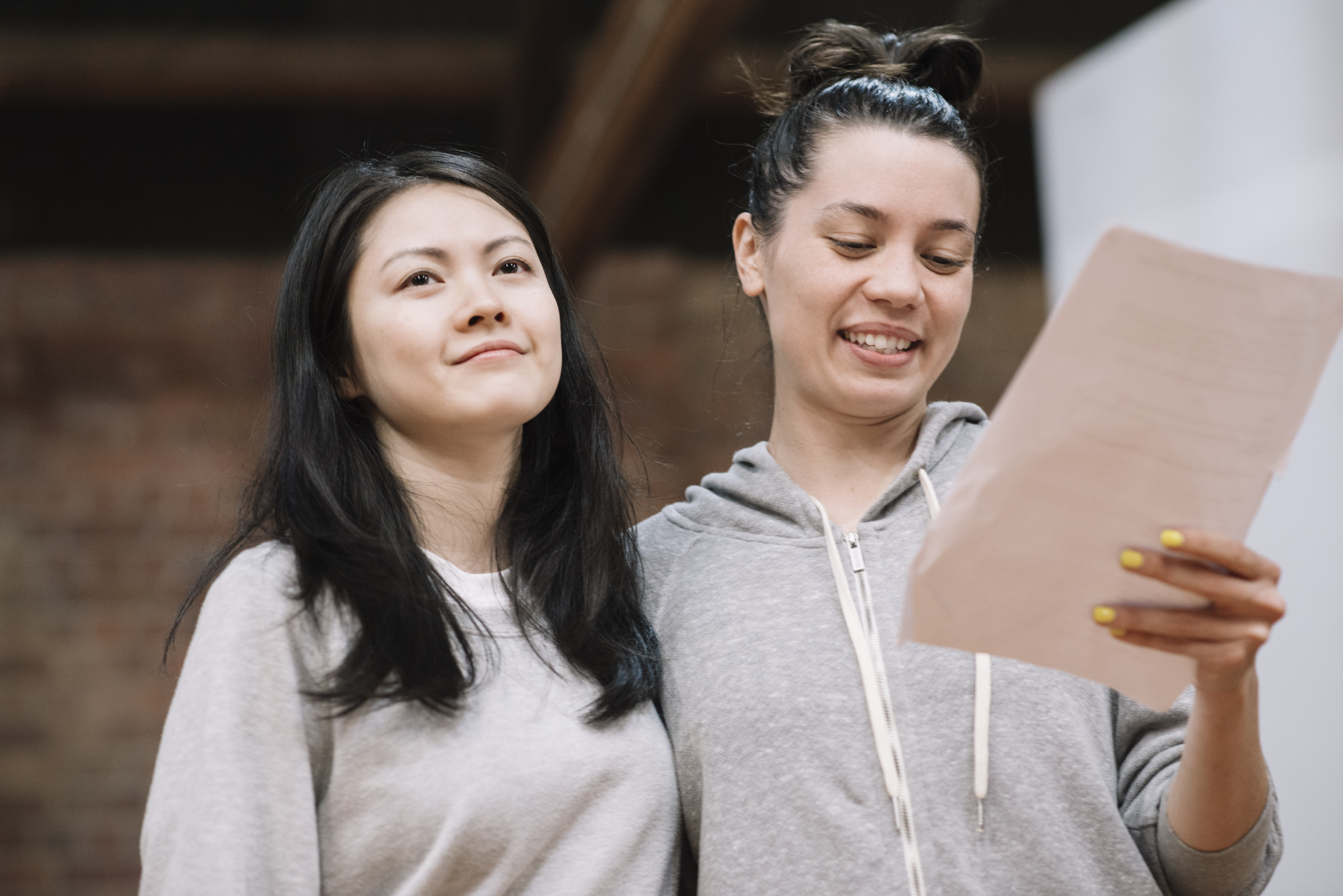