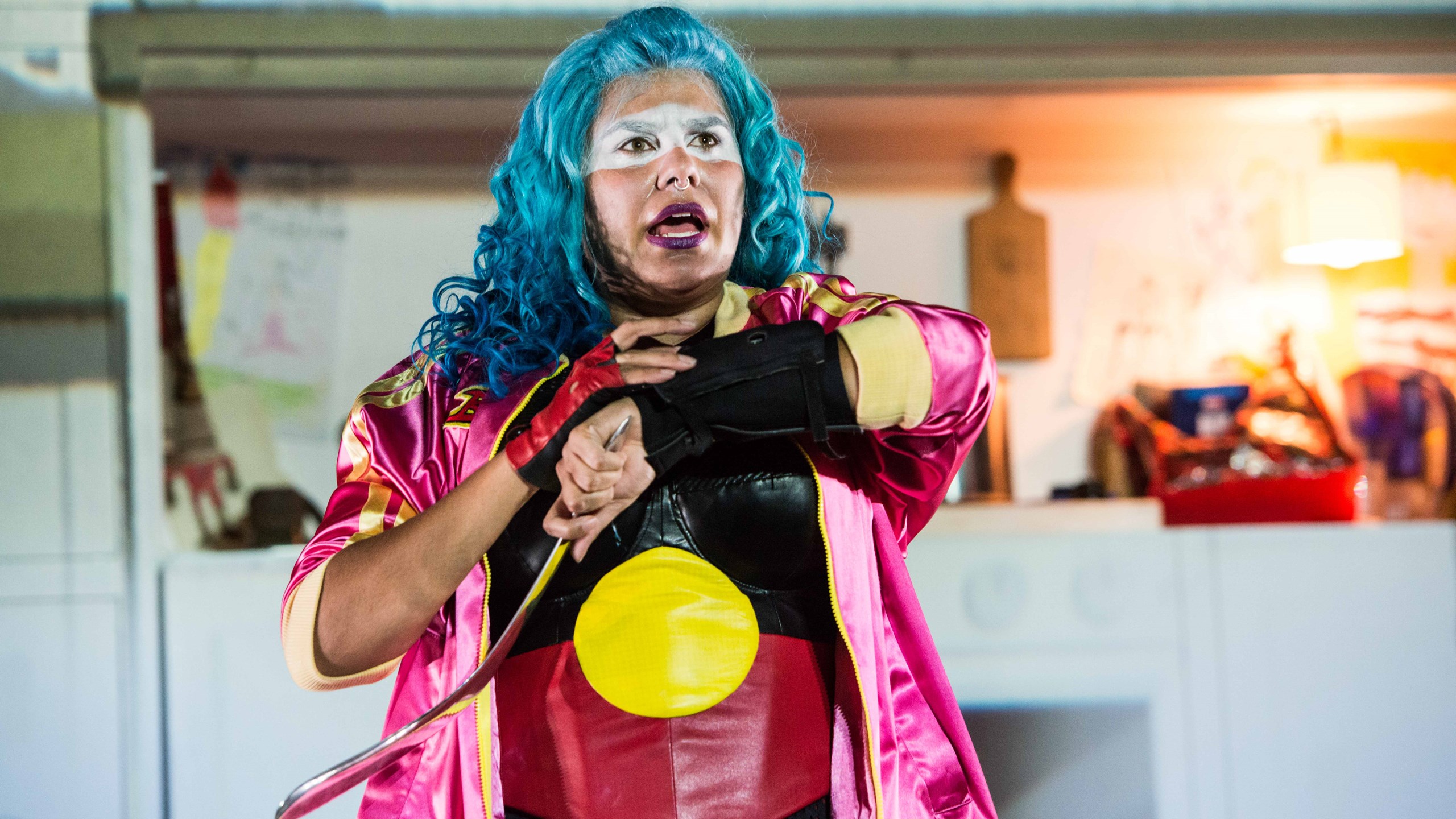 A RESPONSE TO BLACKIE BLACKIE BROWN: THE TRADITIONAL OWNER OF DEATH

I would have been about eight years old when I had my first introduction to theatre. I never went to see the show itself, but my parents and my older siblings, all dressed up for a night out at the Adelaide Festival Centre, left us two younger ones in the care of friends for the night. In the following years I would turn the pages of the Bran Nue Dae book they had brought home and pour over the show’s script, musical scores, images and notes on Broome Aboriginal culture and language. When I think back to it now, remaining traces of childish jealousy lightly underscore the memories, as well as a wistfulness for that time in my life when watching my parents dress up for a night out gave me a thrilling glimpse at the glamourous lives of adults.

As a regular theatre goer now, it is much easier for me to identify the roots of my jealousy. Beyond the typical childhood feelings of missing out, there is the envy of bearing witness to self-representation which, even as a child, already felt different to non-Aboriginal representations of us blackfellas. There is the longing to be part of history, where the importance of Bran Nue Dae continues to be recognised, and there is pride in the acknowledgement and celebration of Aboriginal stories as presented on a public platform. Finally, for a young Aboriginal and Chinese girl growing up away from Country, there is that flush of recognition that Jimmy Chi, with the composition of his identity so similar to mine, was reflecting a part of me back to myself through the script and the score.

I suppose that non-Aboriginal people have different interpretations of Aboriginal theatre. Mostly I read in the reviews that they use Aboriginal theatre to learn things, or that they feel Aboriginal theatre is about reconciliation – highlights the need for, moves us closer to, has themes of. Sitting alone in the theatre watching Nakkiah Lui’s Blackie Blackie Brown: The Traditional Owner of Death, amongst a predominately non-Aboriginal audience, I burst out laughing when we were slammed with the proclamation that this was most definitely not a story about ‘reconciliation’ or ‘forgiveness’. As a taste of the gutsy, quick and shrewd humour to come it was a particularly clever moment; it was also a moment with a duality to it that makes it so interesting to unpack and think deeply about the implications. By loudly shouting that this story is not one of ‘reconciliation’ or ‘forgiveness’, there is a dual humour present that is both written for, and received by, black and white audiences ever so slightly differently.

In my work as a writer and arts worker, I am always interested in how work is made by us First Nations and non-Anglo-Celtic migrant artists and cultural producers. Do we write for ourselves or do we write with an ear to the other? How do audiences receive our work? Do they read in to our work in a way that we did not expect or intend? With so many reviews, responses and academic pieces proclaiming Aboriginal and Torres Strait Islander cultural production as being about ‘reconciliation’, I often suspect that our work is interpreted as always being about responding to the dominant majority, to broader Australian society, to whitefellas. I appreciate that Blackie Blackie Brown deftly engages non-Aboriginal and Torres Strait Islander people about their role as audience members, whilst maintaining a core that speaks to First Nations people.

Blackie Blackie Brown is quick, fast and clever with its comedy. It takes weighty and sensitive issues such as genocide, dispossession, racism, land rights, politics and Aboriginal women’s health and deftly deals with the issues without being overly conscious or preachy about them. That is not to say that there are not serious and confronting moments in the play. Complete silence overtook the audience at two key moments: first during the recounting of the massacre that killed Blackie Blackie Brown’s ancestors and second during the endless and unforgiving telling of racist jokes by Australian patriots costumed in KKK robes. It is these moments, alongside the moments of comedy and the overarching narrative just for First Nations audiences that makes this work noteworthy. And although there are moments where Blackie Blackie Brown is conscious of its non-Aboriginal and Torres Strait Islander audience, the ultimate take home message is that work by us and for us should be unapologetic about its storylines and themes as well as unapologetically black.

Eugenia was invited to write a response to Nakkiah Lui’s Blackie Blackie Brown: The Traditional Owner of Death by Malthouse Theatre. All opinions are her own. 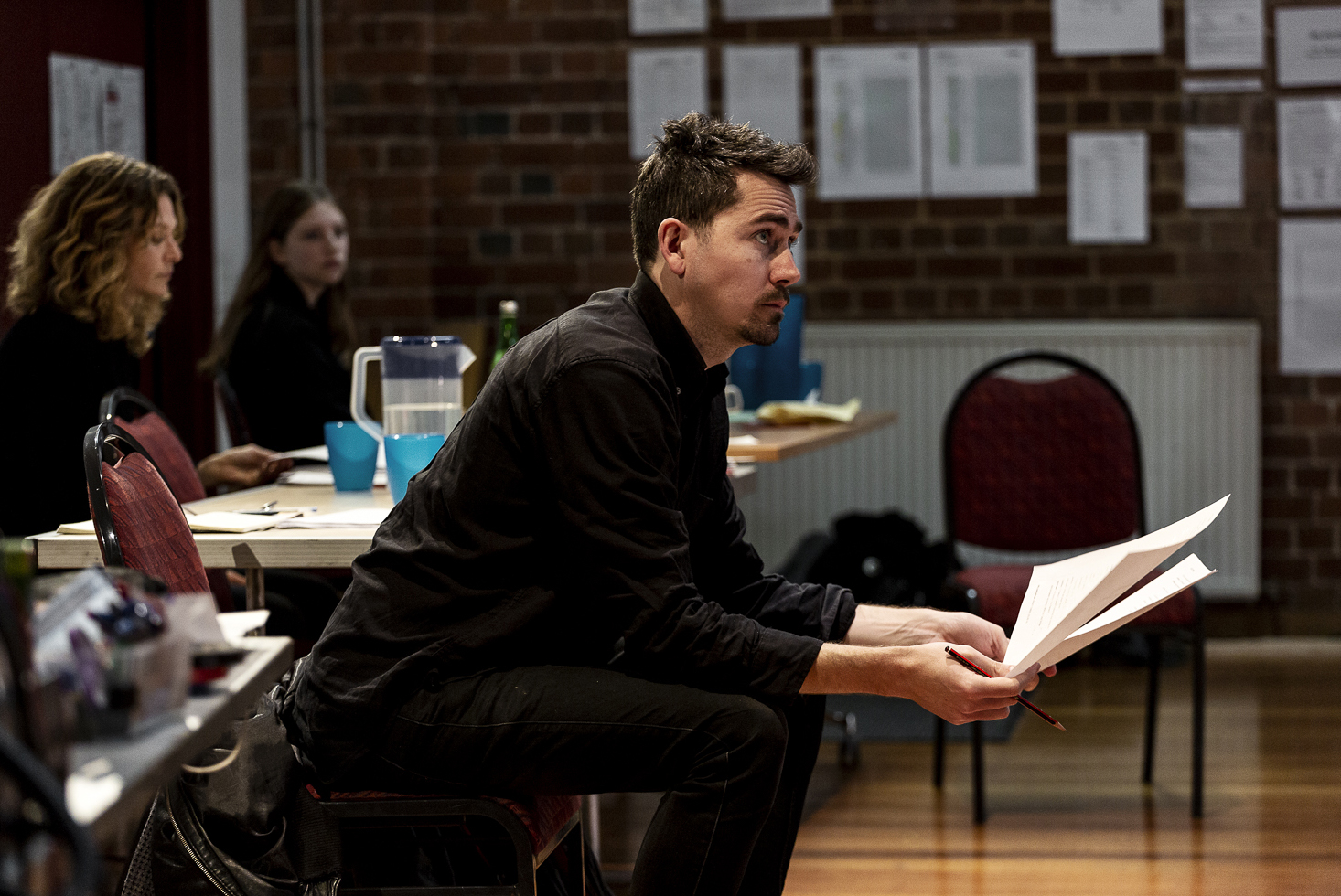