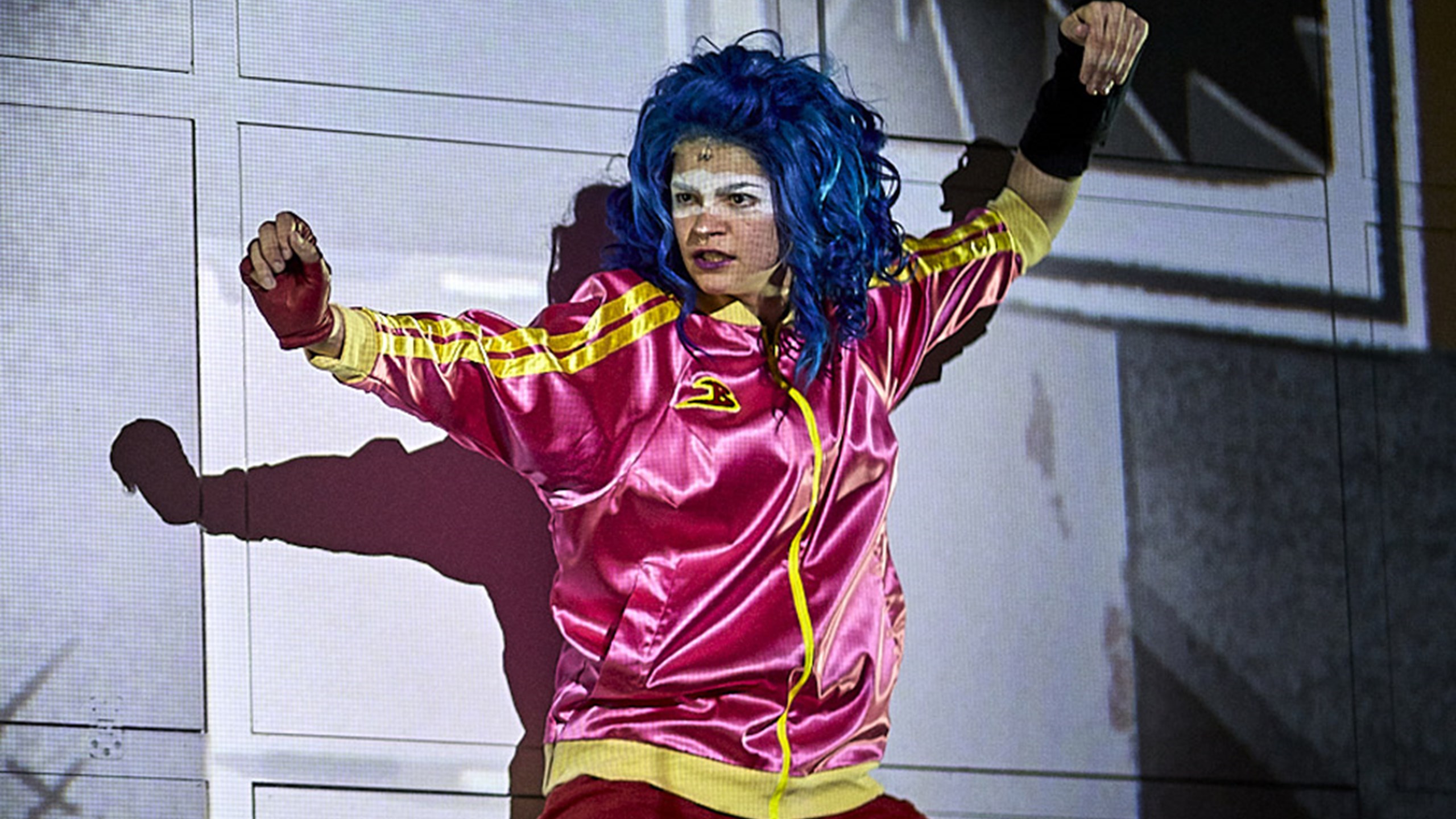 The beginning of Blackie Blackie Brown was five years ago when Nakkiah and I went to see a play about a colonial-era massacre. After the curtain call, we shuffled out with the majority white audience, surrounded by horrified conversations about the past. How brutal government policy was in those long-ago times, how far we’ve come in the time since, how important it was to see stories like this on ‘our’ stages.

Kiah and I went to a bar and started mulling over what we’d just seen. Why was theatre about Indigenous history so dominated by stories of horror and trauma? If the answer is ‘so we don’t forget’—was it possible to foreground resistance and resilience as well as loss, while still representing the horrifying legacy of colonisation in the present?

I went home and fell into bed. But at 2 am I was woken up by my message tone. I looked over to see my phone lighting up with a stream of text messages. Kiah was outlining the story of a piece of theatre we were to make. A ‘live-action comic book’—for the origin story of a young, female, Indigenous superhero. An archaeologist-by-day, who—by night— sets out to avenge the massacre of her tribe, tracking down the descendants of the murderers and picking them off, one by one. The final text message was the title: Blackie Blackie Brown: The Traditional Owner of Death.

As a queer director obsessed with camp cinema, I found this idea totally electric. Immediately my brain went to the great canon of femme centric revenge films... Foxy Brown, Cleopatra Jones, I Spit on Your Grave, Lady Snowblood (which had itself been lovingly ripped off by Quentin Tarantino for Kill Bill: Volume 1)... I imagined a staging that involved a mash-up of live actors and animation— with car chases, explosions, and all the necessary blood and gore. Finished. Done. We’d be opening it in a year.

Four years later the play was still in development—aided by Elaine Crombie as the original ‘BBB’ and the indomitable Ash Flanders. Incredibly, in all this time, the premise remained the same as Kiah outlined it in those text messages—even as her ambitions for the work grew and grew. Our discussion had begun with questions about the staging of history, but now Kiah was asking many, many new ones... Does reconciliation mean anything without reparation? Why are there so few powerful First Nations figures given representation in pop culture? What does the utopia of a fully decolonised Australia look like, feel like? Despite my gentle insistence that ‘we can’t do everything in the one play’, it’s a testament to Kiah’s skill as both a dramatist and satirist that over those four years she wove all these difficult questions into a streamlined narrative that is also funny and, ultimately, moving.

Before Blackie Blackie Brown even opened last year, it managed to piss off quite a few people... Newscorp journalists, online trolls, people within the theatre industry—who decried the play as incendiary, ‘reverse-racist’, detrimental to the unification of black and white Australia. But if any of these people had ever sat in one of our joyous, laughing, fist-pumping audiences, they’d have seen that Blackie Blackie Brown quickly negates its own spectacular howl for revenge. And while it represents horrifying trauma—much like that play we saw five years ago—it doesn’t simply end there, in pathos. Instead, Kiah makes a vital plea for the collectivisation of oppressed minority groups—and then sets about the seemingly impossible task of squeezing hope, optimism, and a dream of utopia from the festering violence of history.